Read the fouth part of the article 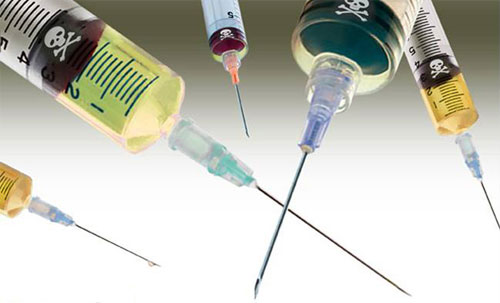 “Post-infectious and post-immunisation encephalomyelitis make up about three-quarters of cases, where the timing of a febrile event is associated with the onset of neurological disease. Post-vaccination Acute disseminated encephalomyelitis has been associated with several vaccines such as rabies, diphtheria-tetanus-polio, smallpox, measles, mumps, rubella, Japanese B encephalitis, pertussis, influenza, hepatitis B, and the Hog vaccine. We review ADEM with particular emphasis on vaccination as the precipitating factor.”

39. The mercury used as a vaccine preservative is far more neurotoxic than the mercury found in fish

The mercury used in vaccines (and still in the flu vaccine given to pregnant women) is far more toxic than the mercury found in fish, because it stays in the brain at much higher levels. “Data from the present study support the prediction that, although little accumulation of Hg in the blood occurs over time with repeated vaccinations, accumulation of Hg in the brain of infants will occur. Thus, conclusion regarding the safety of thimerosal drawn from blood Hg clearance data in human infants receiving vaccines may not be valid, given the significantly slower half-life of Hg in the brain as observed in the infant macaques. There was a much higher proportion of inorganic Hg in the brain of thimerosal monkeys than in the brains of MeHg monkeys (up to 71% vs. 10%). Absolute inorganic Hg concentrations in the brains of the thimerosal-exposed monkeys were approximately twice that of the MeHg monkeys.”

“Thimerosal is an antiseptic containing 49.5% ethyl mercury that has been used for years as a preservative in many infant vaccines and in flu vaccines. Environmental methyl mercury has been shown to be highly neurotoxic, especially to the developing brain. Because mercury has a high affinity for thiol (sulfhydryl (-SH)) groups, the thiol-containing antioxidant, glutathione (GSH), provides the major intracellular defense against mercury-induced neurotoxicity. Cultured neuroblastoma cells were found to have lower levels of GSH and increased sensitivity to thimerosal toxicity compared to glioblastoma cells that have higher basal levels of intracellular GSH. Thimerosal-induced cytotoxicity was associated with depletion of intracellular GSH in both cell lines. Although Thimerosal has been recently removed from most children’s vaccines, it is still present in flu vaccines given to pregnant women, the elderly, and to children in developing countries.”

“The ethylmercury-containing preservative thimerosal inhibited both IGF-1- and dopamine-stimulated methylation with an IC50 of 1nM and eliminated MS activity. Our findings outline a novel growth factor signaling pathway that regulates MS activity and thereby modulates methylation reactions, including DNA methylation. The potent inhibition of this pathway by ethanol, lead, mercury, aluminum and thimerosal suggest that it may be an important target of neurodevelopmental toxins.”

“And, as described herein, autistic children showed a serological correlation between MMR and brain autoimmunity, i.e., over 90% of MMR antibody-positive autistic sera also had autoantibodies to brain MBP. This is quite an intriguing observation in favor of a connection between atypical measles infection and autism; an atypical infection usually refers to infection that occurs in the absence of a rash. An atypical measles infection in the absence of a rash and unusual neurological symptoms was recently described to suggest the existence of a variant MV in children and adults. In light of these new findings, we suggest that a considerable proportion of autistic cases may result from an atypical measles infection that does not produce a rash but causes neurological symptoms in some children. The source of this virus could be a variant MV or it could be the MMR vaccine.”

“Macrophagic myofasciitis (MMF) is an emerging condition of unknown cause, detected in patients with diffuse arthromyalgias and fatigue, and characterized by muscle infiltration by granular periodic acid-Schiff’s reagent-positive macrophages and lymphocytes. Intracytoplasmic inclusions have been observed in macrophages of some patients. To assess their significance, electron microscopy was performed in 40 consecutive cases and chemical analysis was done by microanalysis and atomic absorption spectrometry. Inclusions were constantly detected and corresponded to aluminium hydroxide, an immunostimulatory compound frequently used as a vaccine adjuvant.” 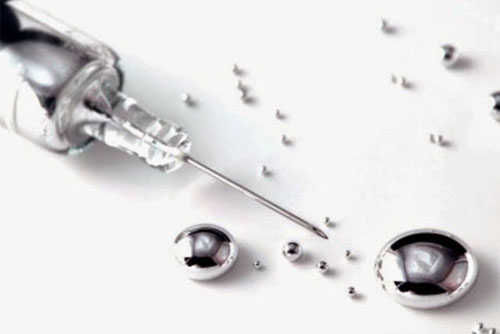 44. Japanese scientists find vaccine strain of measles in the guts of children with autism

“Additionally, a new syndrome has been reported in children with autism who exhibited developmental regression and gastrointestinal symptoms (autistic enterocolitis), in some cases soon after MMR vaccine. The sequences obtained from the patients with ulcerative colitis and children with autism were consistent with being vaccine strains. The results were concordant with the exposure history of the patients. Persistence of measles virus was confirmed in PBMC in some patients with chronic intestinal inflammation.”

45. CDC scientists admit that 90% of infectious disease mortality decrease in the United States happened before vaccines were available

“Thus, vaccination does not account for the impressive declines in mortality seen in the first half of the century… nearly 90% of the decline in infectious disease mortality among US children occurred before 1940, when few antibiotics or vaccine were available.”

46. Vaccines with mercury significantly raised the body levels of mercury in infants

Effects of Diphtheria-Tetanus-Pertussis or Tetanus Vaccination on Allergies and Allergy-Related Respiratory Symptoms Among Children and Adolescents in the United States, Journal of Manipulative and Physiological Therapeutics, 2000, Eric Hurwitz and Hal Morgenstern.

“This analysis suggests that high exposure to ethylmercury from thimerosal-containing vaccines in the first month of life increases the risk of subsequent development of neurologic development impairment.”

49. Infectious disease rates declined precipitously in the United States in the XX century before the implementation of a national vaccine program

“During the first 8 decades of the 20th century, the infectious disease mortality rate in the United States declined substantially… Improvements in living conditions, sanitation, and medical care probably accounted for this trend.”

50. CDC scientists find children given the MMR vaccine shed the measles virus for at least two weeks after getting the vaccine, making them vectors to spread measles

The Internet of Things: A New World Order (1)