Nuclear fusion – a clean, inexhaustible source of energy has been the ultimate dream in the scientific community for more than 60 years. Max Planck Institute for Plasma Physics have helped it become a reality. 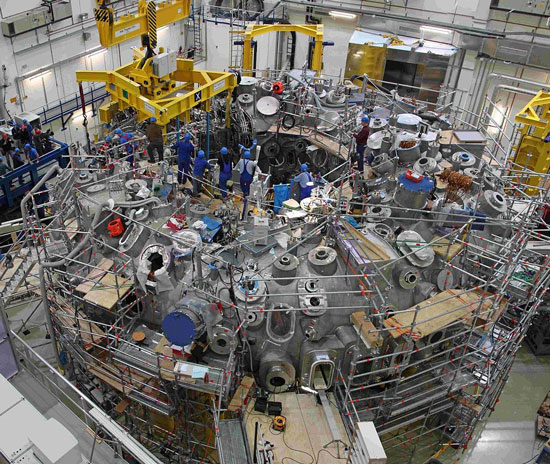 They’ve spent more than 1.1 million construction hours and in 2015 they have finally managed to finish the construction of the world’s largest nuclear-fusion machine of its caliber – the stellarator (nuclear fusion reactor). This massive machine has a diameter of 52 feet and its official name is W7-X (Wendelstein 7-X).

Spending an entire year on testing and experiments, engineers are finally prepared to start up the $1.1 billion machine, Science reported.

The Black Horse Of Nuclear Reactors

The plasma physics community has dubbed it the “black horse” of nuclear fusion reactors because these stellarators are incredibly difficult to build.

In the picture below you can see all the layers of W7-X, which took scientists and engineers 19 years to build: 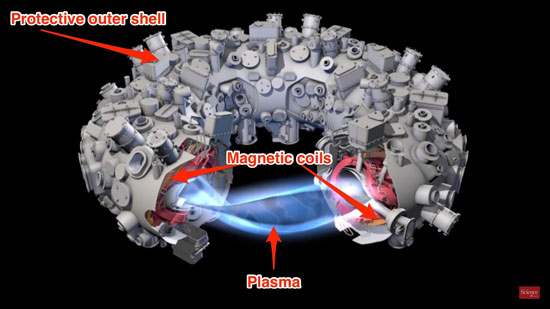 The project’s development didn’t go as smoothly as expected the entire time. There were some major setbacks from 2003 to 2007, one of the most difficult ones being its contracted manufacturers going out of business. It might have cancelled the whole entire project. Just a handful of stellerators were attempted and even less were actually built.

On the other hand, a tokamak, which is the more popular type of nuclear fusion reactor, is much more used than the stellarator. There are more than 30 tokamaks operational across the globe and more than 200 were built in history. These reactors are easier to build and, in the past, have performed better as a nuclear reactor than stellarators.

The downside is that tokamaks have a major fault that W7-X is supposedly resistant to, suggesting that Germany’s latest machine could be a revolutionary breakthrough.

How A Nuclear-Fusion Reactor Works 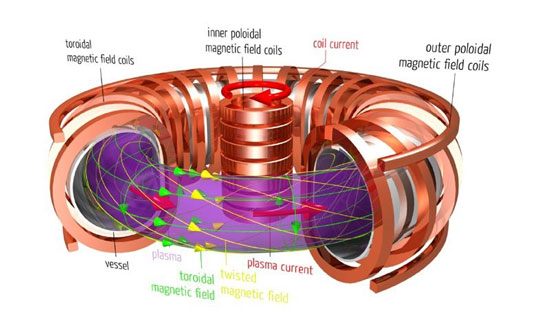 The average tokamak has less layers than the stellarator and the shape of its magnetic coils is different.

What do you need for a nuclear fusion reactor to do its job successfully? It needs to generate, confine, and control a blob of gas, called a plasma, that has been heated to temperatures of more than 180 million degrees Fahrenheit. When the plasma reaches the needed temperature, electrons are ripped from their atoms, forming ions. In normal conditions these ions should bounce off each other but the extreme conditions make them act differently, enabling them to collide and fuse together. This is the process that gives birth to energy, and you get nuclear fusion.

Nuclear fusion is not the same to the process that happens in today’s nuclear reactors. They generate energy from atoms that decay, or break apart, instead of fusing together.

Nuclear fusion is what’s been fueling our sun for some 4.5 billion years and will continue to do so for another estimated 4 billion years.

When the gas in the reactor reaches the right temperature, engineers use super-chilled magnetic coils to create strong magnetic fields that contain and control the plasma. Let’s take the W7-X as an example – it houses 50 six-ton magnetic coils.

The Difference Between Tokamaks And Stellarators

The tokamaks have long been considered to be the most promising energy producing machines in the world.

However, there is one seemingly unresolvable issue: tokamaks can control the plasma only in short bursts of 7 minutes and nothing more. But when engineers made the math they concluded that they use up more energy to generate that plasma than the energy they get from these short bursts.

This means that tokamaks actually produce less energy than they consume, which is not what you want from nuclear-fusion reactors, hailed as the “most important energy source over the next millennium.”

Since the stellarators’ design differs greatly from the tokamak’s experts believe it could contain a plasma for at least 30 minutes at a time, which is considerably longer than any tokamak. The record at the moment is held by the French tokamak Tore Supra – 6 minutes and 30 seconds.

If engineers are successful with the W7-X it could be revolutionary for the nuclear-fusion community and could launch stellarators into the limelight.

“The world is waiting to see if we get the confinement time and then hold it for a long pulse.” 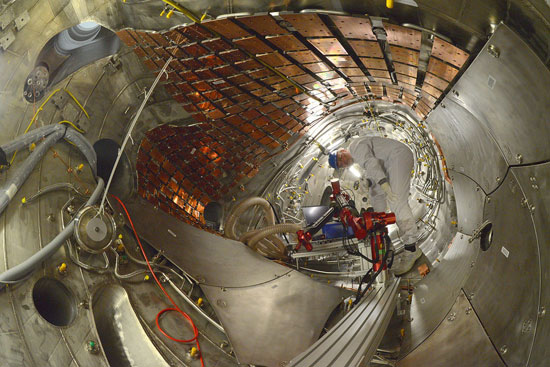 Most vaccines have never been shown to actually work and are dangerous withal. More evidence proves nutrition beats vaccines in preventing disease