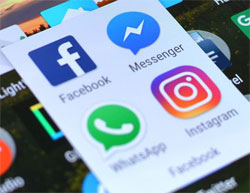 Social networking giant Facebook has been ordered by German authorities, in September 2016, to stop collecting and storing data from WhatsApp after users claimed their digital privacy was at risk. The privacy regulator also ruled that the data that has already been forwarded should be deleted.

The pushback comes after the messaging app announced it would share some users’ personal information, such as phone numbers and analytics data, with parent company Facebook as part of a program to synchronize the two businesses.

However the controversial scheme means businesses would be able to send messages to customers on WhatsApp.

„After the acquisition of WhatsApp by Facebook two years ago, both parties have publicly assured that data will not be shared between them” – Johannes Caspar, the German data protection commissioner, said in a statement.

„The fact that this is now happening is not only a misleading of their users and the public, but also constitutes an infringement of national data protection law.”

The German data protection commission based in Hamburg, which regulates Facebook’s activities across Germany, said the order would protect the data of about 35 million WhatsApp users in the country.

„It has to be their decision, whether they want to connect their account with Facebook”, Caspar also stated. „Therefore, Facebook has to ask for their permission in advance. This has not happened.” 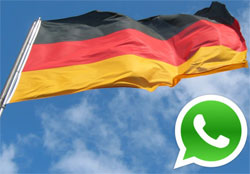 In its decision, which would affect only WhatsApp users in Germany, the watchdog said millions of people whose contact details had been uploaded to WhatsApp could now have had that information shared with Facebook against their will, which infringes German law.

It also called on Facebook to delete all information it has already received from WhatsApp.

„Facebook’s answer, that this has merely not been done for the time being, is cause for concern that the gravity of the data protection breach will have a more severe impact”, Caspar said.

The new policy has also come under heavy scrutiny in the United States and other parts of the European Union. After WhatsApp’s announcement, the British privacy regulator and France’s data protection authority said they would be monitoring the changes.

The US Federal Trade Commission is reviewing complaints from privacy groups that the move violates federal law.