Get better quality sleep with daily yoga and meditation

Do you have trouble sleeping, or do you sleep poorly? You might go a long way to fixing these problems simply by implementing a daily yoga and meditation practice.

Trouble sleeping or poor sleep can be caused by many lifestyle factors, which are the first thing that should be addressed. For example, consumption of alcohol or caffeine, or use of back-lit screens (such as TVs, computers or smartphones) too close to bedtime causes physiological changes that make sleep more difficult.

Yoga and exercise improve your sleep

The evidence for yoga’s benefits for sleep is largely anecdotal. For example, a national survey conducted in US in 2015 found that 55 percent of yoga practitioners said that yoga helped them sleep better, while 85 percent said it reduced their stress.

Some of this benefit might come simply from the fact that yoga also includes a form of exercise (HATHA YOGA), and people who get more exercise tend to sleep better.

For example, a 2013 study published in the journal Menopause found that among menopausal women, yoga (in the form of a 12-week class and a daily practice) led to significant improvements in insomnia symptoms. Similar benefits were seen from a moderate aerobic exercise program. Both interventions also led to decreased depression and improved sleep quality.

The study was conducted on 249 healthy women who were sedentary before the study began.

Relax the mind, relax the body

Meditation is a widely accepted alternative medicine technique with a wide variety of science-proven benefits. A robust body of evidence shows that a regular meditation practice helps reduces stress and anxiety, so it follows that meditation would help people who suffer from insomnia due to such causes. And indeed, a 2014 study by researchers from Carnegie Mellon University found that performing a daily, 25-minute mindfulness meditation practice for just three days reduced stress and relieved stress-related insomnia. 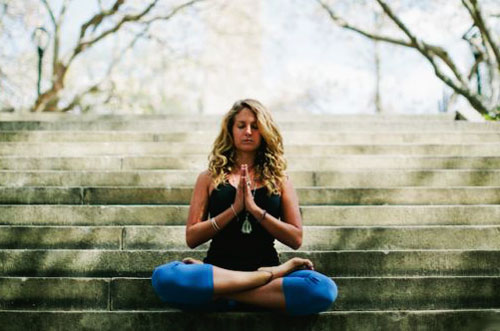 But research suggests that meditation may also help relieve insomnia from other causes, as well. A 2009 study conducted by researchers from Northwestern Memorial Hospital in Evanston, Illinois, assigned 11 healthy participants to either a daily mindfulness meditation group or health education class focused on exercise, nutrition and stress management (the control group). Both groups were also given information on good sleep hygiene.

The researchers believe that insomnia is caused by a chronic, 24-hour state of hyperarousal and that meditation helps calm that state.

The study also found that meditation led to improvements in sleep quality. This finding was replicated in a 2015 study published in by JAMA Internal Medicine, which focused on older adults with moderate sleep disturbance. This study found that compared with a structured program teaching good sleep hygiene habits, mindfulness mediation also helped in cases of insomnia, fatigue, and depression. Both interventions caused equivalent improvements to anxiety, stress and biomarkers of inflammation.

In an accompanying commentary, Adam P. Spira of Johns Hopkins University emphasized the need for more non-pharmacological methods for improving sleep. He noted that although insomnia drugs can carry severe side effects, few health professionals are trained in non-drug insomnia treatments such as meditation. Yet low-cost or even free mindfulness meditation services are available in nearly every community in the country.

Insomnia is related to a number of negative outcomes, including fatigue, mood disturbance (such as depression) and reduced quality of life.