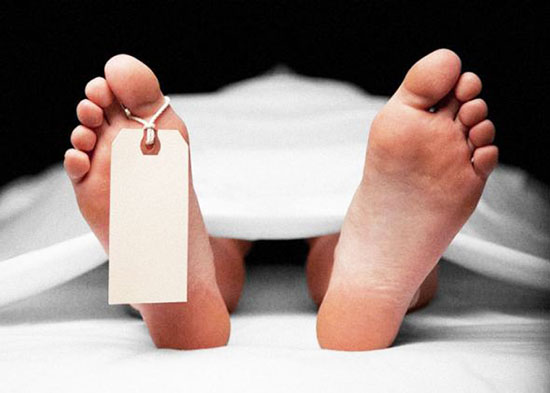 The body parts trade is real, and it’s not just legitimate medical researchers who are engaging in the practice. According to a recent Reuters expose, some U.S. body brokers have been caught defrauding customers by selling body parts infected with communicable diseases.

American body brokers have supplied body parts to at least 45 nations since 2008, including Saudi Arabia, China, Germany, Mexico, Israel and Italy. The demand for American body parts is very high because in many places, religious traditions or laws ban the dissection of dead human bodies. The U.S., on the other hand, does not regulate the sale of body parts that have been donated.

One company, MedCure, sells and leases as many as 10,000 body parts from American donors each year; around 20 percent of these end up going overseas. The company is currently the subject of a federal investigation. The FBI raided their headquarters in Portland last year. The search warrant is sealed, but some insiders have indicated it is related to overseas shipping.

Unfortunately, the body donation industry in US is so loosely regulated that nearly anyone can sell, lease or buy body parts. The only time the government does use oversight is in exercising its authority to make sure parts being shipped into or out of the country are not infected with contagious diseases.

In a statement after the verdict, he said the donors had been “victimized as IBI intentionally and recklessly marketed and transported contaminated human remains… Personal greed overcame decency.”

In one case, a shipment of nine torsos being returned from Vancouver contained parts infected with sepsis and MRSA; a bioskills seminar that the paperwork claimed was using the parts did not exist.

Not everyone fully aware of fate of donated bodies

Another big problem is the fact that many families do not realize that their loved ones’ body parts will be chopped up and sent abroad. One woman regrets not reading the fine print after learning her husband’s head had been sent to a dental school in Israel.

She later discovered the ashes she had buried at a veterans’ cemetery did not represent her husband’s entire body. She only found out about it after the shipment containing her husband’s head was stopped by officials after a discrepancy; the shipping manifest said it contained “electronics” with a value of $10 each, while a label on the package itself said it contained human remains.

Border officials were also concerned about the package being punctured and emanating a strong odor; a further examination found one of the donated heads had staphylococcus aureus.

What are these bodies being used for? Medical device companies in Turkey and Brazil buy feet while knees are sent to surgical training centers in Taiwan.

The heads of dead Americans are being sent to Germany, where plastic surgeons use them to practice new techniques. One German plastic surgeon told Reuters that the fresh body parts are far more useful than preserved ones, and that there is no alternative to human tissue for honing one’s plastic surgery skills.

It’s horrifying to think that the trade of human body parts is so loosely regulated given the many potential dangers it could pose. While some companies might be above board, the thought that some are just looking for a quick profit and carelessly taking advantage of those whose final wish was to donate their bodies to science will likely give a lot of people pause when considering their own donations.