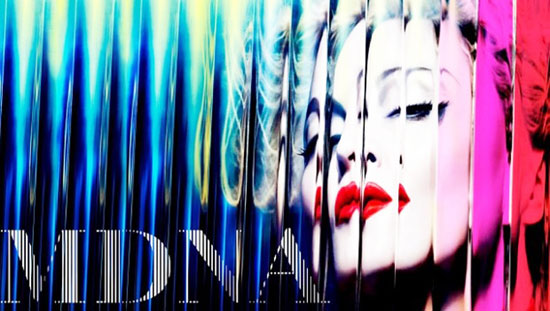 Many things contribute to addiction, including genetics and demographics. Nonetheless, society may be playing a larger role than we think. As the years press on, pop culture references drugs more than ever before. As well, virtual social identity becomes more prevalent, and more of us become slaves to acceptable vices like caffeine and sugar.

Here are five paradigms in our current society that proliferate addiction:

Have you noticed that songs these days reference drugs more than ever before? Take for example Madonna’s MDNA album, which glorifies the party drug Molly (a common name used for MDMA or ecstasy).

Or Tove Lo’s “Habits” and Mike Posner’s “I Took a Pill in Ibiza.” There are countless examples. When we normalize drugs in songs, it gives the impression that using them is normal, even expected.

Unfortunately, the music industry has been glorifying drug use for decades. Aside from boycotting artists, it is also important that we teach our kids to see entertainment for what it is: entertainment.

2. Glorification of addiction in movies and television

You probably don’t have to think very hard to come up with a list of movies that glorify drug abuse. There’s Scarface, Pineapple Express, the Wolf of Wall Street, Blow, and a myriad of others. And then, there are the movies that glorify drinking alcohol and compulsive sexual behavior. This list is far too extensive to even begin counting.

For most of us, these movies are our first introduction to the world of addiction. Creators make the addictive habits seem innocuous and, at times, fabulous! The problem is that the reality is far from fabulous.

Fortunately, daytime television remains light on drug and alcohol references. Yet, there are many shows that glorify addiction, especially to drugs and alcohol. The list includes shows like Shameless, Breaking Bad, It’s Always Sunning in Philadelphia, etc. Even the old classic Cheers glorified spending countless hours sitting in a bar.

In itself, spending time on social media can evolve into an addiction. The same can be said for playing video games. Both habits may be linked to issues of impulse control that could lead to future addictions.

In addition, social media may promote substance abuse, due the nature of what people are posting. Just think about it. How likely are your friends to post pics when they’re out drinking versus studying or doing something intellectually stimulating? Especially in younger generations, it is often the party scene that gets the most likes and comments.

For some reason, it is perfectly normal to obsess over food. It’s become so mainstream that someone with a blatant food addiction can say, “Chocolate cake makes everything better,” and we all nod in agreement.

Imagine an addict saying the same about heroin. We’d be judging that person so hard. But food addiction seems to be ok, even though poor eating habits are killing more people than hardcore drugs.

Our society consents, even encourages, unhealthy food addictions. Although sugar isn’t nearly on the same level of heroin, it’s still unhealthy to drown your troubles with cake. The impact may not be as clearly visible in the short term, but long term, sugar and other food addictions can lead to a host of problems.

When society teaches us from a young age that we can use sweets to help us feel better, we’re learning to self-medicate. This is a path that leads to other addictions.

If you ask any long-time coffee drinker whether they can limit themselves to just one morning cup of Joe, their answer is probably a resounding “NO!” This is because coffee is addictive. It may be acceptable and has minimal side effects, but it’s a stimulant, nonetheless. As a result, it can be harmful to the body.

Furthermore, sugary drinks, such as soda and energy drinks, are exceedingly common but also very addictive. Regardless of the vast amount of scientific research about the health implications of sugary drinks, society condones these addictions, even in children. This teaches youngsters that it’s ok to give into their cravings, even if they aren’t really good for you.

The consent is so widespread, that some restaurants offer nothing else to drink except for sugary drinks, coffee and water.

This does not bode well for anyone who is addicted but trying to quick a bad habit. No one is trying to take away your morning cup of coffee or fizzy soda, but the lack of options in many public places for other types of drinks does make quitting the addiction difficult.

Yet, most of the mainstream paradigms that reinforce addictive behaviors are run by corporations. These companies make money off people’s bad habits. There are even whole industries that thrive because of our addictions. (Just think Big Tobacco!)

Therefore, it is up to families and communities, and especially the individual, to recognize the potential implication of these societal norms.

Furthermore, we need to recognize that supporting some addictions and villainizing others isn’t helping anyone. This is especially flawed because it is often the “acceptable” addictions – like a “sweet tooth” – that teach people how to give into their appetites, without conscious reflection. This can lead to more destructive habits.

The most sensible solution is to offer help, equally, to anyone dealing with addiction. Help, with lots of compassion and very little judgement.