Glutathione: Why You Need To Consume the Mother Of All Antioxidants 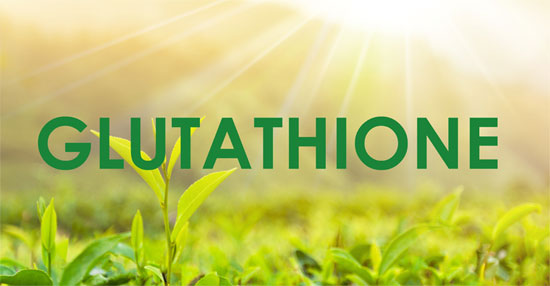 You’ve probably heard of the term “antioxidants” because it’s marketed heavily by corporations. Many food products boast of being “high in antioxidants” but do you truly know what that means?

Antioxidants prevent or stop cell damage caused by oxidants. Oxygen is a highly reactive atom that is capable of becoming part of potentially damaging molecules, commonly referred to as “free radicals”. These molecules can attack healthy cells in the body and can lead to cancer, heart disease, and many more health issues. The good news is that antioxidants can fight off free radicals, even before any damage occurs!

One of the most powerful antioxidants, glutathione, plays an integral role in maintaining our health and well-being and overall toxicity level and can prevent cancer, aging, neurological issues, heart disease, and more.

Glutathione is a tripeptide comprised of three building blocks of proteins or amino acids: glutamine, cysteine, and glycine. Glutathione (GSH) is naturally produced by the body at all times. In its reduced form, GSH moves through cells, collecting toxins like mercury as well as free radicals and heavy metals, and then swiftly removes them from the body.

In a world where we are constantly exposed to toxins, whether it’s through our water, air, environment, food, healthcare, or anything else, it’s crucial to take advantage of the antioxidants available to us like glutathione.

Although the body naturally produces glutathione, it’s important to get outside sources as well, especially depending on the level of toxins you’re exposed to regularly. GSH can be found in certain vegetables, fruits, and spices, or it can be taken orally, intravenously, or nebulized.

Scientists previously thought that taking GSH orally wasn’t as effective because of the digestion process; however, a 2015 study has since proven that oral supplementation of GSH is highly effective. The study states that “daily consumption of GSH supplements was effective at increasing body compartment stores of GSH.”

Where Can I Get Glutathione?

Firstly let’s discuss why it’s important to get more and consider it early on. GSH levels in the body often peak as we hit ages 18-20. Glutathione levels begin to deplete as combat the many environmental toxins we’re faced with day in and day out. These include our diets, air quality, chemicals used in our homes, consuming alcohol and so forth. This means it’s important for us to consider replacing glutathione levels even from an early age. 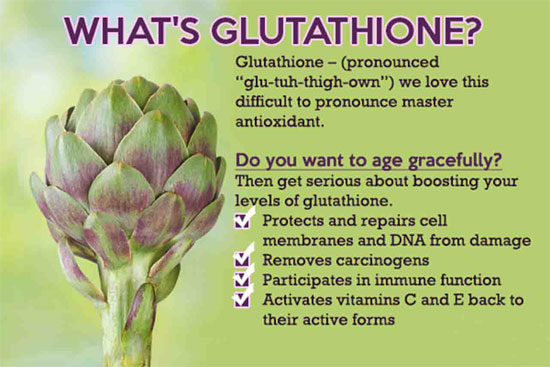 Please note that it’s highly recommend to purchase all of these organic. If there are pesticides on your food, they will end up in you, which will only increase the level of toxins you’re inviting into your body!

Another excellent way to get GSH into your system is through all-natural supplements. For example, there are a premium glutathione supplements wrapped in vegetable capsules that boost the immune system and provide the body with a healthy dose of antioxidants.

However, you can’t just take a GSH supplement and expect your levels of toxins to decrease significantly! It’s still equally as important to reduce your exposure by taking other precautions as well.

Exercise can boost your GSH levels, which thus boosts your immune system, improves detoxification, and enhances the body’s antioxidant defences. Of course, your body also rids itself of toxins by sweating, so this makes exercise doubly effective.

N-acetyl-cysteine (NAC), an orally available precursor of cysteine, can help detoxify the body and stimulate GSH synthesis, especially when the body has high levels of vitamins C and E, as these vitamins work together to recycle GSH. A recent study actually shows how NAC can decrease oxidative stress and regulate GSH metabolism.

Similar to GSH, Alpha lipoic acid is a powerful antioxidant that can regenerate other antioxidants, including GSH, and has metal-chelating activity. Although the body does make this naturally, other stressors can deplete us of this antioxidant, similar to GSH.

How Glutathione Benefits the Body

As previously explained, GSH is a powerful antioxidant that can help rid the body of toxins and prevent certain diseases.
Glutathione and Methylation go hand in hand. Optimal glutathione levels are necessary for the detoxification process, optimal methylation is necessary for repairing the DNA damage caused by toxins and free radicals.

As free radical and toxic elements do damage to the molecules in our cells, the methylation process repairs that damage by inserting undamaged methyl groups into protein and DNA. This is where the methyl versions of B12, B6, B2 and Folate come into play. Remove (Detoxify) and Repair (Methylation).
GSH has a number of benefits, all of which can be experienced through food sources or natural supplements

Free radicals are said to be one of the primary causes of aging and age-related health issues associated with oxidative damage. It is said that throughout the lifespan of an organism, the quality of life will deteriorate as a result of the progressive accumulation of oxidative damage.

Shifts in the amounts of reduced GSH in the lung-lining fluid have been shown in various inflammatory conditions. GSH deficiency has been linked to several diseases including chronic pulmonary disease, acute respiratory distress syndrome, neonatal lung damage, and asthma.

The brain uses a lot of oxygen to function optimally and it has a high content of oxidizable polyunsaturated fatty acids and redox-active metals (Cu, Fe), making it extremely vulnerable to oxidative damage. Preventing and fixing oxidative damage is the main function of GSH in the body, so GSH plays an important role in ensuring optimal brain function. As a result, GSH can also prevent the development of certain neurological disorders.

The liver is the most important organ when it comes to detoxifying the body, which is why it’s not surprising that it contains a lot of GSH! Since GSH helps to detoxify the body, it can alleviate some of the stress that’s put on the liver. In fact, for cases involving acetaminophen overdose, the current clinical treatment is N-acetylcysteine, a GSH precursor that can replenish cellular GSH levels and help mitigate liver function.

In the end making a conscious shift in your diet or taking natural supplements to increase your levels of glutathione will do you lots of good. The healthier your body, the higher your vibration will become and the better you’ll feel and look, from the inside out!

The Spiritual Consequences of Alcohol Consumption