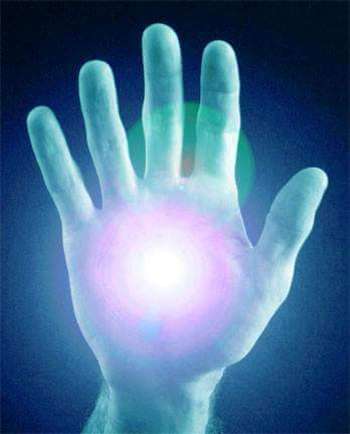 “Within the first 3 minutes of speaking with me, Anthony precisely identified my medical issue! His abilities are unique and fascinating.” – Dr. Alejandro Junger, bestselling author of Clean Eats and founder of The Clean Program.

Imagine a future where doctors are rarely consulted for the diagnosis of disease. Rather, intuitive healers pinpoint the root of a disorder in seconds – without invasive tests, questionable pharmaceuticals or dangerous procedures. Gone are the days of seeing multiple specialists for chronic disease that defies explanation. Instead, health issues are quickly and accurately identified, and resolved.
Sound farfetched? Not in the case of Anthony William, a medical medium with an unusual gift for recognizing the exact cause of any health challenge – and how to heal it.

A Young Boy and a Surprising Message

When Anthony was four-years-old, he began to experience a force, which he calls Spirit, speaking directly to him. One night as the family gathered around the dinner table, a vision of a man appeared that only Anthony could see and hear. He instructed Anthony to stand in front of his grandmother, place his hand on her chest and say “lung cancer”. The family was shocked by the announcement. Due to nagging thoughts about what Anthony had said, his grandmother was taken to the doctor a few weeks later – and promptly diagnosed with late stage lung cancer, even though she didn’t display any symptoms whatsoever.

Although Spirit never appeared again visually to Anthony, he continues to hear guidance from Spirit clearly to this day. As an adult, Anthony helps to heal individuals in real and lasting ways, but the waiting list is long and it can take years to secure a personal appointment. In response, Anthony decided to publish his knowledge in a comprehensive account: Medical Medium: Secrets Behind Chronic and Mystery Illness and How to Finally Heal.

Anthony’s book specifically addresses a secret epidemic that’s wreaking havoc with our vitality. The culprit? A highly contagious bug – otherwise known as Epstein-Barr virus (EBV). In the United States, over 225 million Americans harbor the virus in some form or another. Oftentimes, the virus lies dormant in the organs and waits for an opportunity to reproduce and cause harm. Times of prolonged stress, grief or other upset will disrupt the body’s natural defenses long enough for EBV to gain a foothold. Pregnancy, normal aging and chronic lack of sleep also contribute to a spike in Epstein-Barr activity. To make the situation more complex, the medical community understands little about the virus and fails to recognize that there are over 60 varieties. EBV is behind many debilitating illnesses which have stumped doctors for years. Many times, the bacterium Streptococcus is involved as well, which further confuses and compromises the immune system, making it exceedingly difficult to fight the harmful interlopers. The Epstein-Barr virus also excretes toxic byproducts. This waste is frequently identified incorrectly as spirochetes and causes false positives on Lyme tests. Anthony has found the disease isn’t bacterial or spread by ticks at all, but actually a viral infection.

Foods and Supplements for Restoring Health

At the end of each chapter, Anthony provides advice for healing that particular disorder, along with a list of helpful foods and supplements. Below is his recommendation for an Epstein-Barr viral infection: 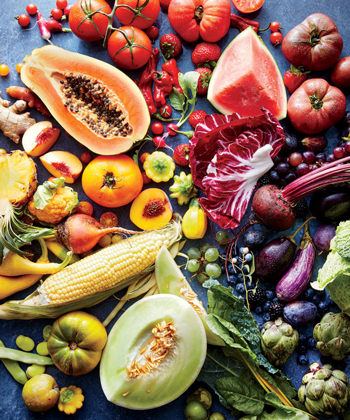 • Wild blueberries: help restore the central nervous system and flush EBV neurotoxins out of the liver.
• Celery: strengthens hydrochloric acid in the gut and provides mineral salts to the central nervous system.
• Sprouts: high in zinc and selenium to strengthen the immune system against EBV.
• Asparagus: cleanses the liver and spleen; strengthens the pancreas.
• Spinach: creates an alkaline environment in the body and provides highly absorbable micronutrients to the nervous system.
• Cilantro: removes heavy metals such as mercury and lead, which are favored foods of EBV.
• Parsley: removes high levels of copper and aluminum, which feed EBV.
• Coconut oil: antiviral and acts as an anti-inflammatory.
• Garlic: antiviral and antibacterial that defends against EBV.
• Ginger: helps with nutrient assimilation and relieves spasms associated with EBV.
• Raspberries: rich in antioxidants to remove free radicals from the organs and bloodstream.
• Lettuce: stimulates peristaltic action in the intestinal tract and helps cleanse EBV from the liver.
• Papayas: restore the central nervous system; strengthen and rebuild hydrochloric acid in the gut.
• Apricots: immune system rebuilders that also strengthen the blood.
• Pomegranates: help detox and cleanse the blood as well as the lymphatic system.
• Grapefruit: rich source of bioflavonoids and calcium to support the immune system and flush toxins out of the body.
• Kale: high in specific alkaloids that protect against viruses such as EBV.
• Sweet potatoes: help cleanse and detox the liver from EBV byproducts and toxins.
• Cucumbers: strengthen the adrenals and kidneys and flush neurotoxins out of the bloodstream.
• Fennel: contains strong antiviral compounds to fight off EBV.

Some of Anthony’s suggestions fall in line with what many holistic healers advocate on a regular basis – however, this is where the similarity ends. Instead of estimation and a trial-and-error approach to identifying the origin of disease, he is able to identify the issue with laser-sharp accuracy almost immediately. Not only that, his recommendations have succeed in healing many who have suffered from a “mystery” illness, where others have tried and failed – with vibrant health for his clients the reward.