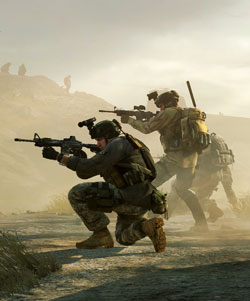 A world at war is the manifest outward projection of widespread inner human conflict.
A world where nations see other nations as “enemies” reflects the external projection of unresolved internal fears.
A world where light and dark are conceived as irreconcilable opposites reflects an inner world torn asunder by rampant conflict.

It is inescapable: so long as we are at odds with ourselves, we are agents of external conflict. There cannot be “peace on Earth” until there is peace of mind amongst Earthlings. That is an irrefutable truth which we do well to remind ourselves of.
As we grow into something approaching spiritual maturity, we start discovering and experiencing such truths at an accelerating rate. What’s happening here is that we are making contact with sublime knowledge, and finding out that it has been with us all along, but that we weren’t ready, or courageous enough, to integrate it on the emotional and psychic level of our daily lives.

But now we are – and this opens up a quite extraordinary vista of potential. Suddenly the world seems a different place. Our internal battleground of seemingly endless conflicts dissipates away into the background, and into the foreground comes a sense of our nearly infinite capacity for integrating and unifying all seemingly disparate energies.

Yes, a great healing is underway here, and it is this same healing process which is the essential key to achieving the seemingly illusive goal of world peace.
Once we realize that we possess this remarkable power, we must use it. And here comes the moment when we also grasp that world peace is not going to happen just because we finally discovered our microcosmic version of it. Nor can we wait around until enough others have also acquired such qualities, so as to bring about the 100th monkey tipping-point of world change.

That would be an all too accommodating tea party at this point of history. The cucumber sandwiches and Earl Grey tea won’t be magically appearing just yet, even if we ring repeatedly for Jeeves to set the table according to our wishes.

Now we are faced by the true test. One in which we will either be revealed as fakes, who, after discovering our inner strength, chatted merrily away about how wonderful it is but then withdraw into the shadows immediately real action is required of us. Or, we will be revealed as those who seized the initiative to recapture the ground lost through years of indecisive uncertainty. 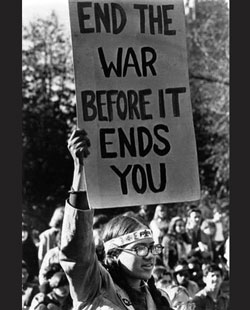 Here lies our sternest test. And although we use the future tense, this issue is not in the future, it is now. Right now.
Right now, even as you read, there is rising within a feeling of rightful indignation. Rightful indignation concerning the intervention of a lesser-self which always tries to grab your attention at such critical times.
This indignation is an indispensable fire. A fire which guards against the capitulation of the life force and loss of self integrity. Grab a hold of it – and don’t let go until it has consumed you from head to toe, for only then will you be free to slowly release your grip.

Yes, the rules of the control game are tough to break-out of; for they propagate division where there should be unity, and a fake form of unity where there should be division. They make night and day into irreconcilable opposites, when they are, of course, two parts of one whole. They hold up the “pursuit of wealth” as the great unifier, when only the division and redistribution of wealth can bring about lasting unity.

“Us and them” remains the chief motto of our society’s authoritarian control system. It fuels the split, which has been the intention from the beginning, to keep divisiveness, fear and war at the forefront of daily life. For out of the ruins which result, the masters of control build up their empires and increase their leverage over the disenfranchised majority. The few reinforce their indoctrination of the many.
How can the many break-out of this slavery?

There is but one way. One way which comes in two parts. Firstly, become conscious of the false divisions that play havoc with our deeper sensibilities – and heal them. Secondly, go forth bravely to play your part in helping to heal the wounds of this war torn world. Take on roles of responsible leadership and help others gain a practical foothold on the ladder of conscious life.

Everything always comes in two parts, as a minimum. Every inhalation is followed by an exhalation. Every taking-in is followed by a giving-out. And that applies to our own taking from and giving back to that which sustains us.
Life is “alive” due to the friction that exists between two complementary (yet opposite) energetic forces. Electricity is electricity due to the friction exerted by opposing positive and negative currents oscillating in immediate proximity with each other. 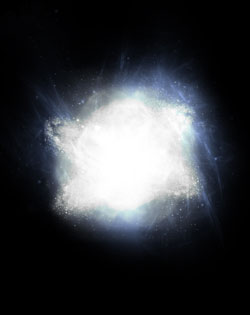 Without “two” we cannot have “one”. It is only when the intensity of friction produced by two energetic poles of attraction reach their zenith, that a state of oneness comes into being. No wonder the word “enlightenment” is used to describe the state where the two fuse into oneness.
In third density existence this is largely a temporary condition. One which reverts back to its dual state as the zenith moment subsides. But returns to oneness once again on the next climactic up-turn. And so on.

In quantum physics, which describes the fourth dimension in which everything is connected to everything, the form taken by this movement operating on the cosmic plain is described as a “standing wave”. Standing waves: constant peaks and troughs, oscillating with each other like beats of a musical score. Peak and trough waves, generating the very matter of life. Both at the minutest cellular level and at the vastest spectrum of the macrocosm.

Make peace with this duality, and you will find yourself in a place of great inner calm and purpose. Never go to war with that which is an innate gift of life.
Today, even within circles of the relatively aware, duality is often misconstrued as being responsible for a state of division, conflict and alienation. This is only true if and when duality is removed from its primal, higher dimensional role, and is placed in the three-dimensional setting in which everyday modern society life operates today. In this setting it is deliberately made to look like a source of conflict.

Giving duality “a bad name” is the role of social engineers. Those who are tasked with twisting the truth into its opposite and then making this distortion into the politically correct cornerstone of social conformity.
A classic example can be found in the current ubiquitous use of the expression “you guys” when addressing a group of men and women. “Guys” in US vernacular, once meant “men” – like “blokes” in UK vernacular. But now “guys” covers both males and females, morphing them into one sexless unit.

Or, simply making women into men, denigrating the innate sexuality of both.
This linguistic slippage is deliberate. The neutering of the sexes removes the innate male/female attraction of opposites which is at the essence of all life – rendering this dynamic meaningless, as in “we’re all the same”. The trouble is that we’re not, and it is precisely our difference which both distinguishes and excites us. And excitement is a prerequisite for the manifestation of life energy. 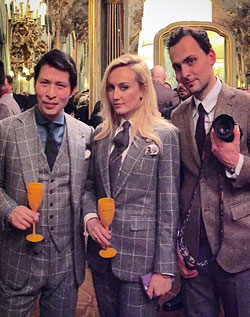 “You guys” simply dilutes this power into some kind of insipid, denatured soup. Deflating our natural pride and distinctiveness in the process. It is a powerful tool in the dumbing down of human intelligence.

The true integration of seeming opposites does not dispense with these opposites (as “you guys” does) but brings them into harmonious relationship, so that they no longer appear as agents of an internal war. This integration is the task we all have to perform in order to find our true place in the great cosmic order from which we originate.
It is the task we all have to face in overcoming the curse of war and the terrible price it exerts upon humanity – and the natural environment upon which humanity and all beings depend. War, whose deliberately incited presence hangs like a poisoned chalice over our divided planet, even as you read.

Fully accepting our natural duality heals the psychic split which otherwise drives mankind towards a permanent state of schizophrenia, paranoia and psychopathic delusion; the end result of which is the physical act of war itself.
We shouldn’t be fooled by the fact that many succeed in wearing these destructive ailments relatively lightly; often even with a smile on their face! But this is a well disguised mask, worn due to a fear of exposing unresolved inner conflict.

The desire to conform to the social norm of the day is a powerful opiate for hiding the symptoms of disease. But they are there none the less, and often only just under the surface. The psychotic state of society, in which almost everything accepted as ‘normal’ is, in truth, highly abnormal – means that we all live in and amongst a kind of institutionalized insanity. 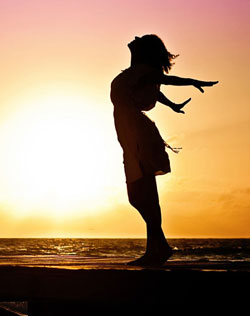 The maintenance of this socially engineered condition is overseen by the architects of control, whose sense of security rests on the condition that as few individuals as possible wake-up and become healed, fully integrated human beings. A state which instantly blows the cover of both our external oppressors and the source of our own internal self deception.
So there we have it. The path to truth is paved with hidden road blocks, the most important of which cannot be skirted around, but need consciously dismantling, brick by brick. And the deeper we delve the more sure we are to run into the road blocks which reflect a divided self.

But look, our brain has a left and a right hemisphere which are connected by a bridge “the corpus callosum”, and that bridge offers a big clue about creating unity out of polarity. Of discovering the unity within duality, and the fact that our intuitive and rational minds are entirely complementary.

There is nothing living which does not crackle with the electricity of duality. We are all both masculine and feminine. Feminine and masculine. But the male genome normally predominates in man and the female in woman. However, this does not negate the reality that both are inherent in the genetic composition of both sexes.

Getting them into a state of dynamic balance within, is the imperative for a creative, fulfilling and joyous existence. One which takes us beyond division and violence which leads to war.
On the macrocosmic level this is YIN and YANG. Balance. Not through negation of duality, but through embracing it as the indispensable motor of our self-development and driving force we can bring to reality a world of enduring love and peace.

Embedded beings: how we blended our minds with our devices