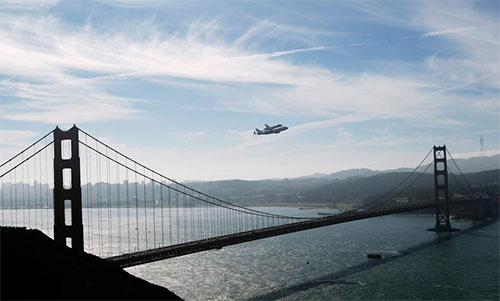 One of the largest human experiments ever was conducted on unsuspecting residents in the open air of San Francisco. It was the U.S. Government’s own experiment conducted on its own people in 1950.

IFL Science reports:
“In the wake of World War II, the United Sates military was suddenly worried about and keen to test out the threats posed by biological warfare. They started experiments looking into how bacteria and their harmful toxins might spread, only using harmless stand-in microbes. They tested these on military bases, infecting soldiers and their families who lived with them, but eventually they stepped things up a notch. Disclosed in 1977, it turns out that the U.S. military carried out 239 secret open-air tests on its own citizens.

In one of its largest experiments – called Operation Sea-Spray – the military used giant hoses [and burst balloons] to spray a bacterial cloud of Serratia marcescens and Bacillus globigii, both thought to be harmless bacteria at the time, from a Navy ship docked just off the coast of San Francisco.

They wanted to investigate how the city’s iconic fog might help with the spread of bacterial warfare. And spread it did. It’s estimated that all of the city’s 800,000 residents inhaled millions of the bacteria over the next few weeks as they went about their daily lives none the wiser.”

This entirely unnecessary experiment resulted in the death of Edward J. Nevin after he first suffered chills, fever and general malaise. The S. marcescens bacteria also directly caused the hospitalization of at least 10 others and may have spiked cases of pneumonia during that time. Here’s why:

S. marcescens, a soil-based bacterium that produces a “bloody” red pigment was used as a proxy for an anthrax attack. Although it was considered benevolent – it can certainly reap death and destruction. In fact, S. marcescens is now one of the most opportunistic pathogens that loves to hang out in hospitals and create sturdy biofilms. Sadly, it latches onto people through urinary tract infections, catheter infections, lung infections and through other hospital supplies used on vulnerable populations. It is now among the top 10 causes of all hospital-acquired respiratory, neonatal and surgical infections.

This bacteria is everywhere. It is now attributed to killing coral reefs via human sewage and causes cornea infections through contact lens cases. It is the reddish-pinkish moldy-looking stuff you see in an unhygienic bathroom or on spoiled food.
It has also symbiotically bonded with bacteria inside wax moth larvae – the kind that are born of bee hives.

IFL adds:
“But the experiments didn’t stop there. As stated, the military carried out over 200 such tests across the country, from New York to Washington DC., spraying bacteria and other fluorescent and microscopic particles into the air, one of which – zinc cadmium sulfide – is now thought to cause cancer. In another series of experiments, they even went so far as simulating an attack on Washington’s Greyhound bus station and airport.”

They sprayed in the New York City subway system, on the Pennsylvania Turnpike, and in National Airport just outside Washington, DC.

But the madness still didn’t stop there – in tandem with the British government’s Ministry of Defence, the military sprayed S. marcescens, an anthrax simulant and phenol off the coast of Dorset in southern England from a ship. Not just once – over a hundred times. They too sprayed zinc cadmium sulfide across large patches of Britain.

By the way – the biowarfare simulation attack on America was deemed a “success”. Meaning, the conclusion was that another country could indeed attack Americans via ships off the coast.

In Clouds of Secrecy, author Leonard Cole writes:
“Nearly all of San Francisco received 500 particle minutes per liter. In other words, nearly every one of the 800,000 people in San Francisco exposed to the cloud at normal breathing rate (10 liters per minute) inhaled 5,000 or more particles per minute during the several hours that they remained airborne.”

Here’s the worst part, no amount of congressional hearings or lawsuits has ever compelled the government to apologize or take any other view besides justified immunity for their tests. Worse yet, before Nevin’s death – ultimately caused by a urinary tract infection that reached his heart while recovering from prostrate surgery – there had never been any reported cases of S. marcescens bacteria in hospitals. So this writer must ask – which is worse, the threat of an anthrax terrorist attack – or the now hospital-acquired bacteria that the government sprayed over large swathes of major cities?

This is not a conspiracy theory – it’s a reality. And America is not alone. Canada also has a history of testing biowarfare on innocent people. Not only are these tests on unwitting human subjects reckless and horror-inducing, but they are also clear violations of the Nuremberg Code.

If you know people who trust the government’s decisions regarding public health or the environment, perhaps you should show them this article so that they give pause. If you have friends who wish to join the military for its “perks” please send them this reminder that their superiors may view them as disposable, living biohazards.
Why? Because it happened before – time and again – even though it is clearly and knowingly amoral.