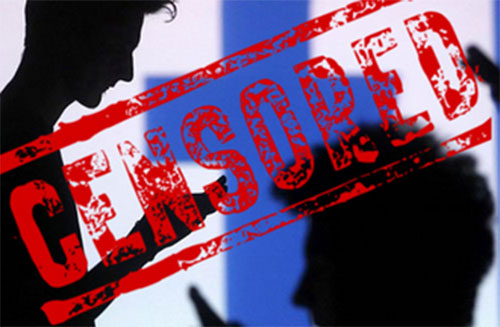 In July 2017, German lawmakers have passed a controversial law under which Facebook, Twitter, and other social media companies could face fines of up to €50 million ($57 million) for failing to remove hate speech.

As AP reported, the measure approved is designed to enforce the country’s existing limits on speech, including the long-standing ban on Holocaust denial. Among other things, it would fine social networking sites if they persistently fail to remove illegal content within a week, including defamatory “fake news”.

“Freedom of speech ends where the criminal law begins,” said Justice Minister Heiko Maas, who was the driving force behind the bill.

Under the law, social media companies would face steep fines for failing to remove “obviously illegal” content — including hate speech, defamation, and incitements to violence — within 24 hours. They would face an initial fine of €5 million, which could rise to €50 million. Web companies would have up to one week to decide on cases that are less clear cut.

Aside from the hefty fine for companies, the law also provides for fines of up to 5 million euros for the person each company designates to deal with the complaints procedure if it doesn’t meet requirements. Social networks also have to publish a report every six months detailing how many complaints they received and how they dealt with them. Maas said official figures showed the number of hate crimes in Germany increased by over 300 percent in the last two years.

But human rights experts and the companies affected warned that the law risks privatizing the process of censorship and could have a chilling effect on free speech.
“This law as it stands now will not improve efforts to tackle this important societal problem,” Facebook said in a statement. “We feel that the lack of scrutiny and consultation do not do justice to the importance of the subject. We will continue to do everything we can to ensure safety for the people on our platform,” the company said, noting that it is hiring 3,000 additional staff on top of 4,500 already working to review posts.

In an interview with Breitbart London, the CEO of Index on Censorship, Jodie Ginsburg, said:
“Hate speech laws are already too broad and ambiguous in much of Europe. This agreement fails to properly define what «illegal hate speech» is and does not provide sufficient safeguards for freedom of expression (…) It devolves power once again to unelected corporations to determine what amounts to hate speech and police it — a move that is guaranteed to stifle free speech in the mistaken belief this will make us all safer. It won’t. It will simply drive unpalatable ideas and opinions underground where they are harder to police — or to challenge (…) There have been precedents of content removal for unpopular or offensive viewpoints and this agreement risks amplifying the phenomenon of deleting controversial — yet legal — content via misuse or abuse of the notification processes.”

A coalition of free speech organizations, European Digital Rights and Access Now, have announced their decision not to take part in future discussions with the European Commission, saying that “we do not have confidence in the ill-considered «code of conduct» that was agreed.” A statement warned:

“In short, the «code of conduct» downgrades the law to a second-class status, behind the ‘leading role’ of private companies that are being asked to arbitrarily implement their terms of service. This process, established outside an accountable democratic framework, exploits unclear liability rules for online companies. It also creates serious risks for freedom of expression, as legal — but controversial — content may well be deleted as a result of this voluntary and unaccountable take-down mechanism.

This means that this ‘agreement’ between only a handful of companies and the European Commission is likely in breach of the EU Charter of Fundamental Rights (under which restrictions on fundamental rights should be provided for by law), and will, in practical terms, overturn case law of the European Court of Human Rights on the defense of legal speech.”

Writing for Gatestone Institute, British commentator Douglas Murray noted that this assault on “racist” speech “appears to include anything critical of the EU’s current catastrophic immigration policy.” He wrote:
“By deciding that «xenophobic» comment in reaction to the crisis is also «racist» Facebook has made the view of the majority of the European people (who, it must be stressed, are opposed to Chancellor Merkel’s policies) into «racist» views, and so is condemning the majority of Europeans as «racist». This is a policy that will do its part in pushing Europe into a disastrous future.ˮ

Janice Atkinson, an independent MEP for the South East England region, summed it up this way: “It’s Orwellian. Anyone who has read 1984 sees its very re-enactment live.”