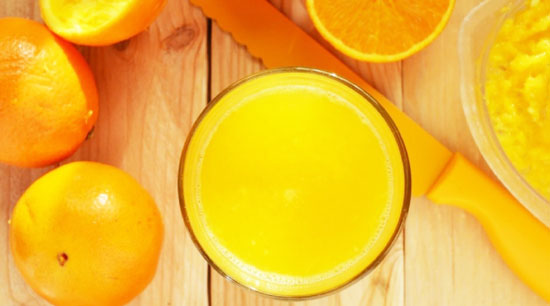 People with the high levels of vitamin C from their diets are known to have reduced risk of cardiovascular disease and early death.

But did you know the wonder vitamin can effectively help you with the common cold?

Earlier studies in the American Journal of Clinical Nutrition showed that taking vitamin C natural supplements in the short-term reduced both systolic blood pressure (SBP) and diastolic blood pressure (DBP) all without any side effects making it an excellent alternative to dangerous medications.

A huge amount of data has found significant effects for vitamin C in the prevention and alleviation of symptoms of infections, including the common cold. Writing in Nutrients, Dr Harri Hemila from the University of Helsinki, Finland, reviews the evidence for vitamin C in a range of infections – adding that for now, the potential for vitamin C “is not known”.

Citing data from previous clinical trials, Hemila notes that the majority of controlled trials have used a “modest dosage” of only 1 gram per day of vitamin C, but that trials looking at a wider range of doses indicate that the relationship between vitamin C dosage and its effects on the duration of the common cold symptoms may extend to 6-8 grams per day.

“Two controlled trials found a statistically significant dose-response, for the duration of common cold symptoms, with up to 6-8 g/day of vitamin C”, writes Hemila. “Thus, the negative findings of some therapeutic common cold studies might be explained by the low doses. Vitamin C is safe and costs only pennies per gram, and therefore even modest effects may be worth exploiting.”

While the Finnish researcher suggests higher doses of vitamin C are safe and could provide benefits, data from the European Food Safety Authority (EFSA) regarding the tolerable upper intake levels for vitamin C potentially counters such claims.

“Despite the extensive use of vitamin C supplements (up to 10 g/day) for the prevention of colds and other conditions, the tolerability of such intakes has not been subject to systematic assessment”, reads the EFSA document, adding that “there are few data to support the widely held view that high intakes of vitamin C are safe”.

Hemila added that although previous trial data suggests doses of 6 to 8 grams per day can reduce the duration of a cold by almost 20%, the fact that both trials showed a strong dose-response relationship up to the highest tested dose means an “optimal dose” for maximal effect of vitamin C on the common cold is currently unknown.

The study notes that definitive conclusions cannot be made from comparisons of existing studies because of numerous confounding differences between the trials – meaning that although trials of doses higher than 1 g/d have generally shown a better response than those of exactly 1 g/d, the most valid examination of dose-response remains within a single trial.

The Finnish research analyzed the findings of two randomized trials – each of which investigated the effects of two vitamin C doses on the duration of the common cold.

The first trial administered 3 g/day vitamin C to two study groups, 6 g/day to a third group, and the fourth group was administered a placebo. Compared with the placebo group the 6 g/day dose shortened colds by 17%, twice as much as the 3 g/day doses did.

A second trial administered 4 g/day and 8 g/day vitamin C, and placebo to different groups, but only on the first day of the cold. In this trial, compared with the placebo group, the 8 g/day dose shortened colds by 19%, twice as much as the 4 g/day dose did, noted Hemila.

For both trials, Hemila said that the dose-response relationship was quite linear up to the maximum doses given – meaning that it is possible that even higher doses may lead to still greater reductions in cold duration.

He added that while some have suggested that doses up to 15 g/d have been suggested (but not tested), further therapeutic trials should be carried out to investigate the dose-response relation in the region of over 8 g/day of vitamin C.

In its document on tolerable upper intake levels (p295 for vitamin C) EFSA notes that high doses of vitamin C have been linked to gastrointestinal effects including stomach pains, flatulence and diarrhea.

Furthermore, the EFSA report notes that the absorption of vitamin C also becomes saturated at high doses, “and therefore intakes above 1 g/day would be associated with negligible increased uptake and tissue levels, but an increased risk of adverse gastrointestinal effects”.

Despite such suggestions, Hemila states that previous trial data has shown a significant benefit for very high doses of vitamin C for reducing the duration of colds and other infections – and that only by performing new randomized trials that investigate doses up to 8 or 10 grams per day can efficacy and safety be tested.

5G Not Health Safety Tested But Still Being Rolled Out Everywhere