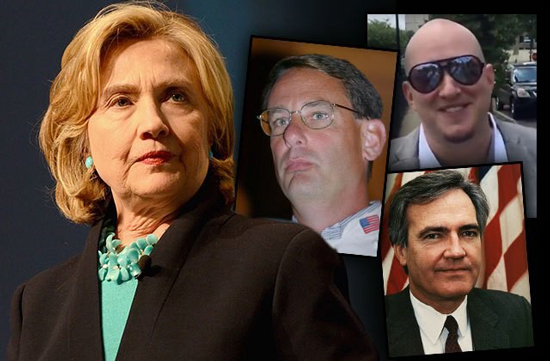 Have you heard of the Bill and Hillary Clinton body count? How about the Clinton kill list? The Clinton body count and kill list were conspiracy theories back in the 90s suggesting the Clinton’s ordered the murders of anyone who was in their way. Whether it was someone who had knowledge of scandals, maybe a pregnant mistress or anyone who could get in the way of their campaigns.

According to the conspiracy theories, if you got too close to the ugly Clinton truth, watch your back because you might wind up dead. The Clinton body count and kill list were names of people who conspiracy theorists believed died suspiciously. Many people on the Clinton kill list had committed suicide.

There are many lists out there and the names have accumulated since the ’90s. The news that three people died in one month, who all had Clinton in common, has caused conspiracy theorists to question whether the kill list is real. 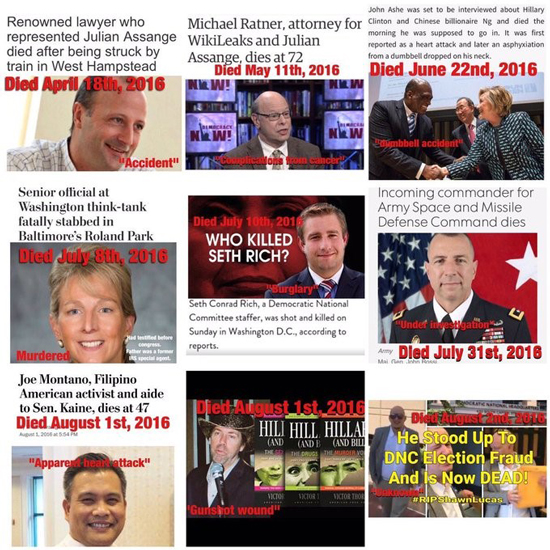 Here’s an example of those who are convinced that the Clinton body count and kill list is real. 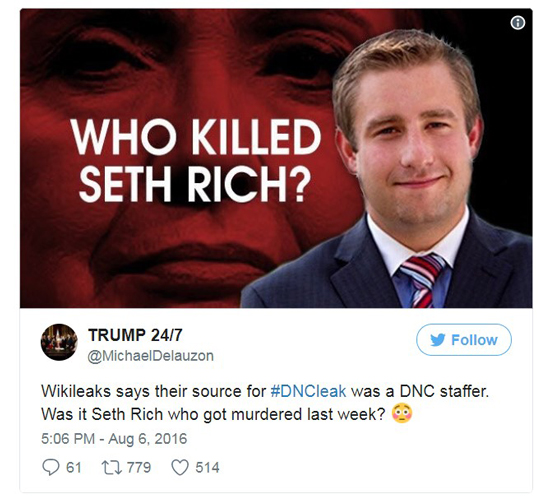 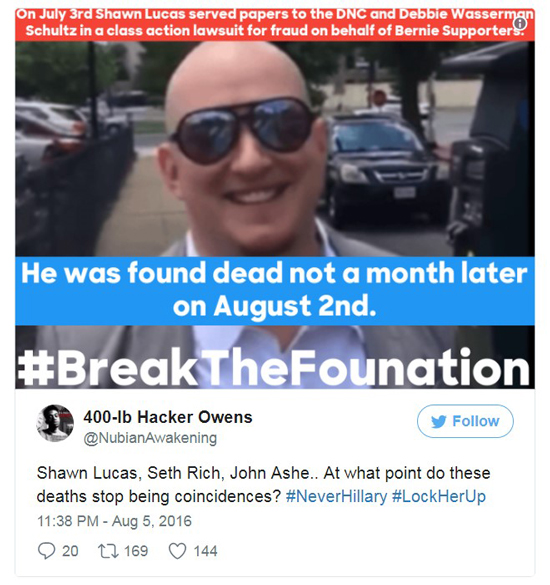 Hillary stopped at nothing in her attempt to claw her way into the White House; unfortunately, people are still dropping dead left and right in her path and the mainstream media is pretending not to even notice they are gone…

Victor Thorn was a Holocaust denier and had written multiple books about the Clintons. According to Russell Scott, who states he knew him, Victor Thorn told him that he would never commit suicide and if he died, it was murder.

Prolific author, American Free Press writer and seasoned Clinton researcher Victor Thorn was found at the top of a mountain near his home, the apparent victim of a gunshot wound. Family and some close friends contend Thorn took his own life on his birthday, August 1. Thorn would have been 54.

There are so many deaths that conspiracy theorists are attributing to Bill and Hillary Clinton, that the kill list and body count numbers are continually changing. Some have the list as three in one week while others have it as five or six in a month.
As the Clinton body count conspiracy theory stretches back to the ’90s, some of the lists contain more than 100 and upwards to 200 people. 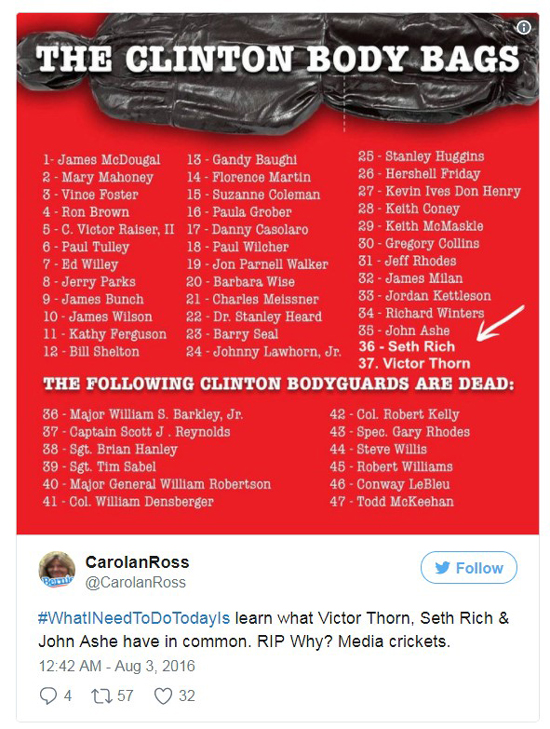 Here is a Clinton body count kill list that dates back to the ’90s. The documentary The Clinton Chronicles brings the conspiracy theory back to Bill Clinton’s early days, including his roommate and childhood friends. To those who believe the theories, Bill and Hillary Clinton might be responsible for more murders than Charles Manson, Ted Bundy, and Jeffrey Dahmer combined. 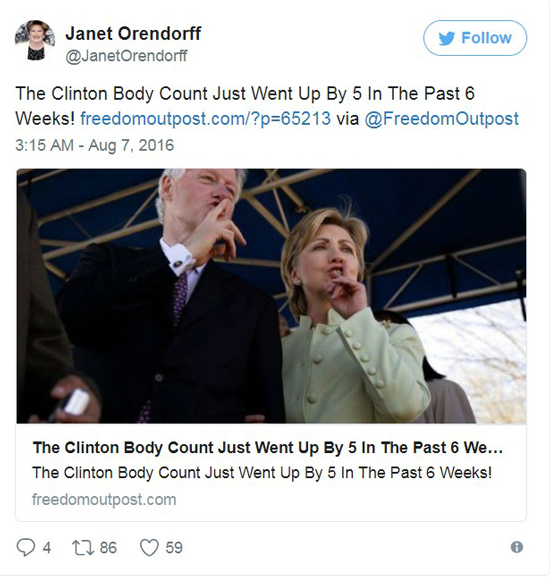 You might be surprised at how comprehensive the conspiracy theories run. Some have asked on forums that if the Clintons were actually ordering hits on people who were against them, why did Monica Lewinsky live to testify?
The answer according to conspiracy theorists might surprise you. The belief is that a hit was ordered on one of Clinton’s White House interns, but that the wrong girl was murdered.

Some of the conspiracy theories portray Bill Clinton as a serial sexual predator who became sexually involved with nearly every female intern he met. Sexual scandals and conspiracy theories have surrounded Clinton before his presidency and there were allegations made by Gennifer Flowers that she had a long-standing sexual relationship with him.

Clinton has had numerous sexual accusers over the years, including allegations of rape made by Juanita Broaddrick.

According to conspiracy theorists, Mary Mahoney was murdered in 1997 for her inside information on Bill Clinton’s sexual scandals. Some theories suggest that Mary was murdered instead of Monica Lewinsky.

There have been some good documentaries made on the Clinton kill list – but they seem to have a habit of disappearing from YouTube.

Of the Clinton body count and kill list conspiracy theories that have followed the couple since the ’90s, one case has drawn more scrutiny then the others: Vince Foster.

Deputy White House Counsel to Bill Clinton Vince Foster was found dead by suicide on July 20, 1993. Conspiracy theories went wild and there were allegations that Hillary Clinton and Vince Foster were lovers.

Author Christopher Anderson wrote a book titled Bill and Hillary: The Marriage that explores the belief they were lovers. Many conspiracy theorists believe that Vince Foster did not commit suicide but was murdered.

The Clinton conspiracy list depicting deaths, murders, allegedly staged suicides, and hits ordered by the Clintons is vast. In August 2016, when there were three deaths in the month, with two in one week, many conspiracy theorists are asking if there is a media blackout regarding coverage for those who have recently passed away, died or committed suicide.