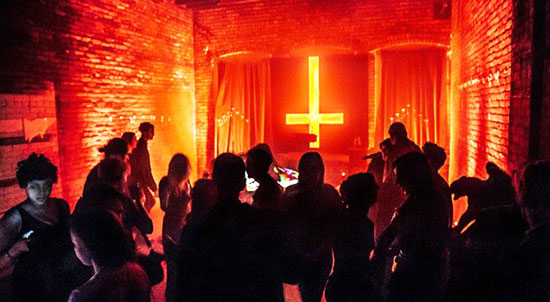 As the veil is slowly lifted on America’s pedophile epidemic amongst some of the most powerful people in the country, sordid details emerge of Satanic parties in which Elites sexually abuse children. A whole host of former child stars have come forward claiming to have been abused in Hollywood by “powerful older men” but have been reluctant to name names due to the Statute of Limitations laws in the US.

Corey Feldman has been the most forthcoming with information about his abuse but has drawn the line at publically naming his abusers as he would be sued for defamation whilst his abusers wouldn’t face any criminal charges. One exception has been Michael Egan, a former child actor, and model, who filed civil suits against X-Men director Bryan Singer, producer Gary Goddard, former Disney executive David Neuman and executive Garth Ancier alleging that they abused his as a child.

Speaking to the New York Post, Egan said that during the 1990s, he and other young boys were treated “like pieces of meat at sex parties”. His attorney Jeff Herman has stated that since filing suit, he has been contacted by other victims who have broken their silence in the hopes of saving the next child from suffering as they have. The New York Post also reports Egan’s mother previously reported the abuse to the LAPD and FBI, who chose to ignore the claims and no action was taken. Singer, along with the other Hollywood Elites named by Egan, have vehemently denied the accusations against them.

Now, another Elite pedophile ring survivor has come forward to reveal details of how these pedophilia networks use and abuse young children. Jerome Elam reports:

“The accusations brought chills of horror to me, reminding me of my own experiences. As a young boy of five years old, I became the property of a pedophile ring where parties such as the ones Singer is accused of attending were a common destination for drugged and terrified children. My journey into an abyss of hopeless indignation began at the age of five but found its roots in a much earlier time.

My mother was the product of an abusive family that propelled her into an alcoholic haze and she became pregnant at seventeen. My words to describe the ill-fated marriage of my mother and father are that the extreme dichotomy of their personalities could not have survived a cross-country bus ride. Had it not been for my father’s enlistment in the Army and his deployment overseas, their marriage would never have lasted the three years its lifespan consumed.

Returning home, my father soon discovered all the money he sent home had been quickly spent and my mother’s abuse of alcohol had worsened beyond repair. Their mutual tempers became a never-ending crescendo that still consumes my earliest childhood memories. A torrid divorce that rivaled the most horrific of natural disasters ensued and my mother moved us in with her parents. Thrust from one abusive situation to another, I became a child of chaos desperately clinging to the hope of a life where happiness had no price.

During my time with my grandparents, I was subjected to severe physical beatings and constant abuse while my mother disappeared for days at a time inside the depths of a bottle. Eventually, my mother met a man named Neale who shared her love of alcohol. In the beginning, Neale seemed kind and often brought me gifts and the attention I so desperately longed for. My fairy tale would soon take a darker turn, as he began molesting me often several times a day.

Victims of child sex abuse are slowly and systematically trapped in an inescapable prison of silence using psychological blackmail and threats of violence against the child or their family. Pedophiles use all the above methods in a process known as ‘grooming’ to wrap their victims in a cocoon of fear where many lay trapped until the end of their adult life.

The statistics on child abuse is horrific. The CDC estimates that 1 in 4 girls and 1 in 6 boys are sexually abused before the age of 18. Worldwide 550 million children are survivors of child abuse according to the Center for Advanced Studies in Child Welfare. Research has shown that an average victim of child sex abuse has to tell at least seven adults before being believed.

According to the Journal for the American Medical Association, only 1 in 20 cases of child abuse are reported. The National Center for Missing and Exploited Children reports that there are currently 617,000 registered sex offenders in the United States, and typically 100,000 of those are unaccounted for. Other pedophiles are not on records or in databases. Pedophiles like Jerry Sandusky walk silently among us, and Sandusky showed us just how well they disguise themselves.

Neale was a well-respected member of the community, wealthy and active in his church and well-liked by everyone. Below the surface, however, was a seething underbelly of evil that haunts my nightmares to this day. He used my desperate need for affection to weave his trap and then sealed it with death threats against my mother. Before long he took me to see his friends, members of the pedophile ring that he was a part of. In what became an endless cycle of many years, I was drugged, raped and used for child pornography.

As a diagnosis, pedophilia is often coupled with another major psychiatric disorder. Many pedophiles also demonstrate narcissistic, sociopathic, and antisocial personality traits. They lack remorse and an understanding of the harm their actions cause (Cohen LJ, McGeoch PG, Watras-Gans S, et al. Personality impairment in male pedophiles, J Clin Psychiatry, 2002).

The grooming process was complete and soon I was no more than an object for the twisted sexual appetites of a secret society of pedophiles. Their business and political connections gave them the immunity to do anything they wanted, and the lives of innocent children became their playthings. We were trafficked and sold to whoever would pay the price and the darkest fantasy became our worst nightmare. The leader of the pedophile ring was a ruthless psychopath named Duke who enjoyed choking children until they became unconscious and on several occasions, his sick fantasy went too far. 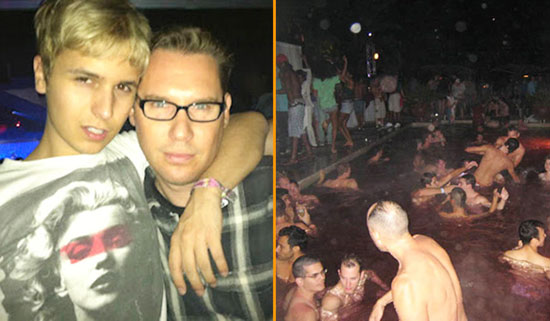 I watched one day as a friend of mine named Steve suffered the consequences of Duke’s rage. Steve had defied the authority of the lower ranking members and barely escaped with his life and this time he had become the nexus of the unstoppable fury of a psychopath. Duke calmly walked over to Steve, placed his hand around his neck and as he lifted him off his feet, I heard the last words my friend would ever say. ‘Please, no!’ he pleaded, but once Duke had taken action there was no stopping him. The color drained from Steve’s face and as the last ounce of life drained from him his bowels released their contents spilling all over Duke’s clothing. Steve’s last act had been his final revenge and I will always remember the look in his eyes as he lost his hold on the tortured life we all endured and finally found freedom.

According to the National Center for Missing and Exploited Children, the average age of a sex-trafficked child is 13-14 years old. Each pimp can make $150,000-$200,000 per child a year, and the average pimp has four to six girls. UNICEF estimates there are nearly two million children in the commercial sex trade. The U.S. Department of Justice estimates close to 300,000 children are at risk of being prostituted in the United States right now. An average victim of sex trafficking may be forced to have sex up to 20-48 times a day (according to Polaris Project – a nonprofit group dedicated to combating human trafficking).

In July of 2013, the FBI rescued 105 children who were forced into prostitution in the United States and arrested 150 pimps in a series of raids in 76 American cities. The campaign, known as Operation Cross Country, was the largest of its type and conducted under the FBI’s Innocence Lost initiative. It all took place in just 72 hours. The youngest victim recovered was just 9 years old.

My ordeal as a sex trafficked child would continue for seven years, and during that time I was routinely given drugs and alcohol. These paled in comparison to the one force that constantly consumes the mind and body of every sex trafficked child: fear. It is the one factor that dominates your life even after escaping the control of those who dictate your every move. In the world of sex trafficking, you are placed in the charge of one or several people called ‘handlers’ and they run your life. They become your ‘shadow’ and your every move is closely monitored, especially around ‘high-value clients’.

To survive in the world of sex trafficking, most embrace drugs and alcohol as a way to numb the pain of being used as a sex object with no value. Trafficked children are brainwashed into believing that they are worthless and unworthy of love and that the gifts and twisted form of affection they receive are more than they deserve.

To learn more about how you can help save the next victim of sex trafficking the following organizations offer training and education: the Polaris Project; Jada Pinkett Smith’s organization, Don’t Sell Bodies; the McCain Institute, named after Senator John McCain of Arizona; Arrow Child and Family Ministries in Texas; and the Joyful Heart Foundation. Victims of sex trafficking are all around us and with just an hour of education, everyone can learn the signs before one more child is lost.”

How life becomes more beautiful when we stop anticipating the worst