The Pentagon-CIA influence is subtle, yet, when you become aware of it, all-pervasive. We enter this world believing that we live in a society where the Media, the Film Industry, the Weapons Industry, the Tech Industry and the Government are separate, discrete industries that function autonomously. 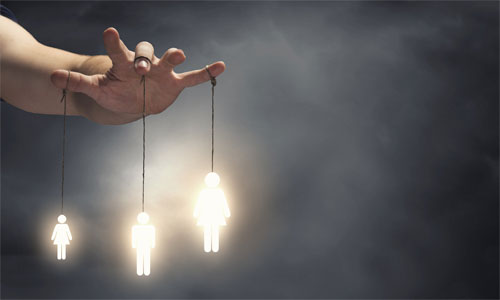 Many of us also believe that these industries contain tens or even hundreds of different brands, channels, products or platforms, only to later find out the ownership is highly concentrated at the top.

However, even beyond that, one can trace a force, a group, which controls all of these diverse industries and more: the Pentagon-CIA influence. Let’s take a look at some recent examples, and some older ones, which illustrate this concept.

Pentagon-CIA Influence: Feeding Info to Hollywood that Not Even Defense Lawyers Can Access

The Guardian article CIA gave details of 9/11 suspect’s secret torture to film-makers, lawyers say exposes the rather stunning fact that the Hollywood producers of the film Zero Dark Thirty were able to learn things about the detention and beatings of Guantanamo inmate Ammar al-Baluchi that not even his defense lawyers were privy to. (Al-Baluchi is a 9/11 suspect facing the death sentence). Why?

Perhaps because the CIA has no interest in letting an innocent man go free and every interest in seeing Arab scapegoats get punished for 9/11 (a massive false flag op pulled off by these three groups) and every interest in providing good propaganda to Hollywood, the biggest film industry in the world, so they can continue to mold the perception of minds everywhere.

The Nazis were good “bad guys” for a while, but now Arabs are the best “bad guys” around – with their scary beards and all.

A fantastic 2017 article titled Documents expose how Hollywood promotes war on behalf of the Pentagon, CIA and NSA: US military intelligence agencies have influenced over 1,800 movies and TV shows detailed the massive and astonishing extent to which movies directly influenced by the MIC (Military Intelligence Complex).

However, the influence is far beyond 1800 programs, since that is all we can ascertain so far with FOIA requests; there is much more hidden. There is also the issue of soft censorship whereby films never get made because they can’t obtain military support due to their “unacceptable” scripts.

According to the above mentioned article, the military censorship of entertainment is extreme:
“When a writer or producer approaches the Pentagon and asks for access to military assets to help make their film, they have to submit their script to the entertainment liaison offices for vetting. Ultimately, the man with the final say is Phil Strub, the Department of Defense’s (DOD) chief Hollywood liaison.
If there are characters, action or dialogue that the DOD don’t approve of then the film-maker has to make changes to accommodate the military’s demands. If they refuse then the Pentagon packs up its toys and goes home.”

“The documents we obtained further reveal that the Pentagon has the power to stop a film from being made by refusing or withdrawing support. Some movies such as Top Gun, Transformers and Act of Valor are so dependent on military cooperation that they couldn’t have been made without submitting to this process.”

The CIA and NSA both use their influence to change scripts:
“The CIA has also managed to censor scripts, removing or changing sequences that they didn’t want the public to see. On Zero Dark Thirty screenwriter Mark Boal ‘verbally shared’ his script with CIA officers, and they removed a scene where a drunk CIA officer fires an AK-47 into the air from a rooftop in Islamabad, and removed the use of dogs from the torture scenes.”

Pentagon-CIA Influence and the Mockingbird Media it Owns

Operation Mockingbird was a CIA project to infiltrate and covertly control the media. It began in the 1950s under then CIA director Allen Dulles. The declassified files (most are classified and secret, but a tiny fraction) show how the CIA infiltrated the mainstream media and had its pieces inserted into TV, newspapers and journals everywhere as ‘news’ when they were nothing more than lies and propaganda. 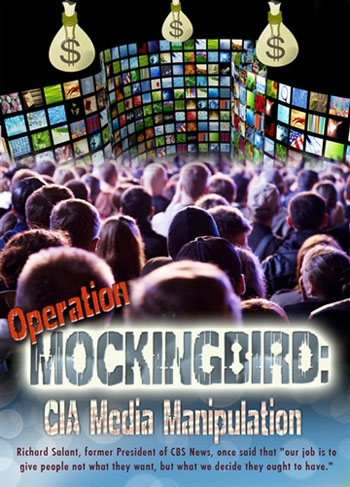 Richard Salant, former President of CBS News, once said that “our job is to give people not what they want, but what we decide they ought to have.” Mockingbird was famously exposed in the 1975 Church Committee hearings (see a video excerpt here). Nothing much has changed today.

Journalists worldwide are still on the payroll, and some were brave enough to talk about it, such as the late Udo Ulfkotte, who was given a heart attack for his trouble.

The article ‘We did not sign up to develop weapons’: Microsoft workers protest $480m HoloLens military deal reveals that Microsoft made a deal worth $480 million to provide the US Army with augmented-reality headsets for the battlefield.

In a positive sign, some of Microsoft’s employees signed a letter of protest against this, however the real point to consider is just how deeply embedded the US MIC (Military Intelligence Complex) is within Microsoft and Silicon Valley in general.

Alternative media has already pointed out in previous articles how Google is deeply tied at the hip to the MIC, as seen by its efforts to promote a New World Order through censorship both abroad (Project Dragonfly) and domestically (the Good Censor). Google was hit with a backlash from its employees over Project Maven (Google’s contract with the Pentagon for a controversial drone imaging program that uses AI).

Google also wants to turn everything over to AI (Selfish Ledger) and push the collective hive-mind of transhumanism onto the world. Google was started up with NSA and CIA seed money via CIA front companies like In-Q-Tel. For a deeper background, look for the article How the CIA Made Google.

Amazon and the CIA

The Pentagon-CIA influence is blatant at Amazon, which signed a $600 million contract with the notorious spy, assassination and foreign meddling agency which has been called the ‘Cocaine Import Agency’ at times due its role in the illegal drug trade.

Facebook is no different, having officially and “coincidentally” started on the exact same day (Feb. 4, 2004) when LifeLog finished.
LifeLog was a surveillance operation dreamt up by the ultra sinister DARPA (Defense Advanced Research Projects Agency), the Pentagon’s technological development arm who are creating killer robots, death rays, autonomous swarms of aggressive nanobots and all sorts of lovely things for humanity.
Facebook is the ultimate tool for self-surveillance whereby a person will willingly give up their data and privacy without realizing what they are doing.

We all know that Big Brother Government and the Corporatocracy have a revolving door at the top, where officials switch between the two and end up regulating the very industries they are cozy with, and for which they used to work. The exact same thing happens with the DoD and Silicon Valley. One obvious example is Regina Duran, who worked at DARPA then Google then Facebook.

Even the MSM admits the connection between Big Tech and the Pentagon.
McClatchy writes: “A funny thing has happened to Google and Amazon on their path toward high-tech success: They have become crucial cogs in the U.S. national security establishment. (…) Defense industry analysts say the Pentagon views Big Tech, and particularly Google with its deep bench of artificial intelligence researchers, as vital to the nation’s future safety.”

It is impossible to ignore the massive and extreme Pentagon-CIA influence upon both American society and the world at large. Likewise, it is impossible to have a free society where so many power centers (Entertainment, MSM, Government, Big Tech, etc.) are so completely dominated and manipulated by the MIC.

Since the US is so militarily dominant, and so culturally dominant via Hollywood and its propagandistic films, the Pentagon-CIA influence spreads its black tentacles out across the entire world.

This manipulation not only squelches freedom but also destroys peace, since war (and the constant need for an “enemy”) is the lifeblood of the Pentagon, CIA, NSA, DARPA and all the other MIC agencies. We have to look this Pentagon-CIA influence straight in the face if we ever want to create a truly free world.

Understanding how dietary flavonoids eliminate inorganic arsenic from the body