The United States Department of Homeland Security has accidentally released records on its remote mind control project, as part of a FOIA request on extremist groups.

Washington State Fusion Center – a counterterrorism branch of DHS – released a file named EM effects on human body.zip which outlines the effects of remote mind control on unsuspecting members of the public.

“As part of my ongoing project looking at fusion centers’ investigations into Antifa and various white supremacist groups, I filed a request with the Washington State Fusion Center. I got back many standard documents in response, including emails, intelligence briefings and bulletins, reposts from other fusion centers – and then there was one file titled EM effects on human body.zip.

Hmmm. What could that be? What does EM stand for and what is it doing to the human body? So I opened it up and took a look: 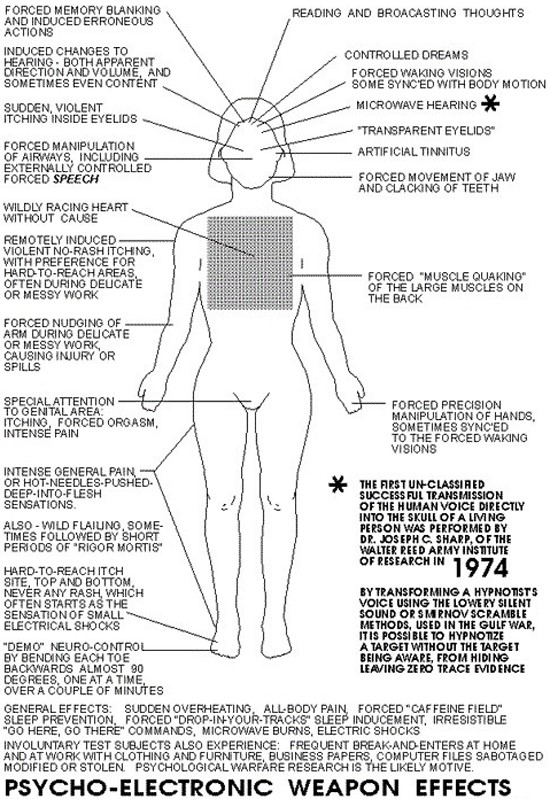 EM stands for electromagnetic. What you are looking at here is ‘psycho-electronic’ weapons that purportedly use electromagnetism to do a wide variety of horrible things to people, such as reading or writing your mind, causing intense pain, ‘rigor mortis’, or most heinous of all, itching.

Now to be clear, the presence of these records (which were not created by the fusion center, and are not government documents) should not be seen as evidence that DHS possesses these devices, or even that such devices actually exist. Which is kind of unfortunate because ‘microwave hearing’ is a pretty cool line of technobabble to say out loud. 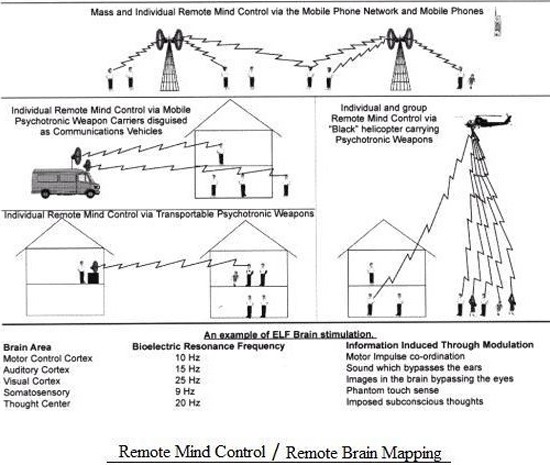 You know what’s even cooler? ‘Remote Brain Mapping’. It is insanely cool to say. Go ahead. Say it. Remote. Brain. Mapping.

Just check the detail on the image above. The black helicopter shooting off its psychotronic weapons, mapping your brain, broadcasting your thoughts back to some fusion center. I wish their example of ‘ELF Brain stimulation’ was a little clearer though. 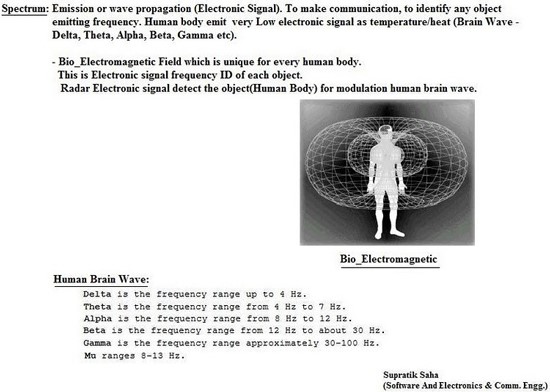 It’s difficult to source exactly where these images come from, but it’s obviously not government material. One seems to come from a person named ‘Supratik Saha’, who is identified as a software engineer, the brain mapping slide has no sourcing, and the image of the body being assaulted by psychotronic weapons is sourced from raven1.net, who apparently didn’t renew their domain.”

It’s entirely unclear how this ended up in this release. It could have been meant for another release, it could have been gathered for an upcoming Washington State Fusion Center report, or it could even be from the personal files of an intelligence officer that somehow got mixed up in the release. A call to the Washington State Fusion Center went unreturned, so their presence remains a mystery.