How to Conquer the New World Order (1) 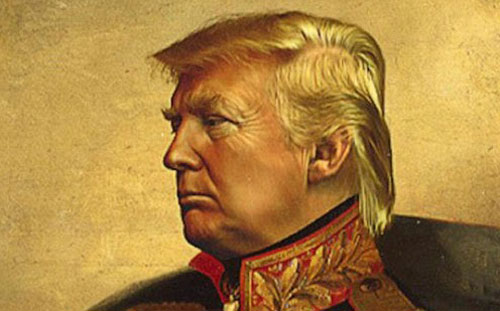 The White House mafia bosses that have come after “Daddy Bush” have all kowtowed to George senior as though he were King George of England. His deep cover CIA leadership role in the assassination of J.F.K. has been thoroughly exposed as has his fleecing of the U.S.S.R. via his CIA covert activities, the assassination attempt on Ronald Reagan, the Iran/Contra Scandal, the attacks on 9/11, and many, many other crimes that the corrupt FBI, DOJ, and Congress has refused to honestly investigate and swiftly prosecute.

They thought their evil would outlast We the People. But the Bush-Obama-Clinton criminal cartel has failed. Time is on our side, not theirs. Their entrenched and corrupt bureaucracies, agencies, and covert operations will be exposed, scaled back, defunded, and shut down over Trump’s eight years in office. The criminals will age, wither, and die, leaving only the carcass of their sins to be judged by history and a far higher power than our own.

Americans who are starting to wake up need to continue to educate and enlighten those around them so that all Americans can keep up the daily momentum in destroying George H. W. Bush’s New World Order. US needs to continue to stay focused on the dismantling agenda below:

Enforce the Rule of Law

Trump has started an all-out war in bringing back the rule of law and the rats are jumping ship. Even the worst (fake) criminal law enforcers and the top D. C. lawyer “fixers” like Comey, Mueller, McCabe, Brennen, Rogers, Clapper, Rosenstein, Weissman, and many others are taking up arms against a sitting president and trying every legal trick they can, but to no avail. D.C. criminals will be indicted and prosecuted while Trump remains invulnerable.

End All American Association with the UN

Trump has openly threatened to decrease the American contributions to the United Nations by 50%! He has already stopped funding UNESCO by a billion dollars. He has “called-out” the UN Refugee program as a fraud and pointed at the abuses of UN “peace keeping troops.” It looks like the UN will soon be a thing of the past.

Withdrawal from the Climate Accords

We the people advocated that America should withdraw from the five trillion dollar commitment to the Climate Accords, which they called “a fundraiser for Al Gore.” Everywhere, the real data is now coming out that shows the $200 billion dollar fraud of climate warming that was predicted to end humanity soon, is government sponsored propaganda and a scheme of redistributing wealth and destroying the middle class.

This pathetic lie was based upon fraudulent data provided by fake scientists who had to spew climate lies to get government grants for further research. Thanks, Donald, for saving America $5 trillion.

We the people hoped to see the end of all “globalist accords” that drain Americans through unjust federal taxes that are then redistributed to other nations through NAFTA, the Iran Nuclear Deal, TPP, TIPP, NATO, and many other organizations, treaties, pacts, and alliances. Trump’s Art of the Deal has saved the Republic from the transnational corporations that have been selling out America for decades.

Default on the Debt

No real change can manifest in the economic prison nation of America until the fake debt owed to the U.S. Federal Reserve is defaulted on after the Fed has been audited and all assets belonging to the United States of America are taken back from this fraudulent scheme to permanently entrap Americans in fake “war” debt.

It will take delicate care to investigate, audit, and gain control of the Federal Reserve system (a private corporation) and its central banks throughout the United States. A complete audit of U.S. gold holdings and the gold holdings of all central banks in the U.S. will need to be coordinated at the same time. Once the Federal Reserve is audited and all its assets frozen by the U.S. Treasury, it is recommended that the U.S. default on its debt to this corrupt private corporation.

In We the people’s plan, the Fed will declare bankruptcy and the U.S. Treasury will seize all assets of the Federal Reserve System, which includes twelve central banks throughout America. The gold, fiat currencies, and bonds will be given to the Treasury’s Exchange Stabilization Fund which already establishes U.S. monetary policy for the Federal Reserve. 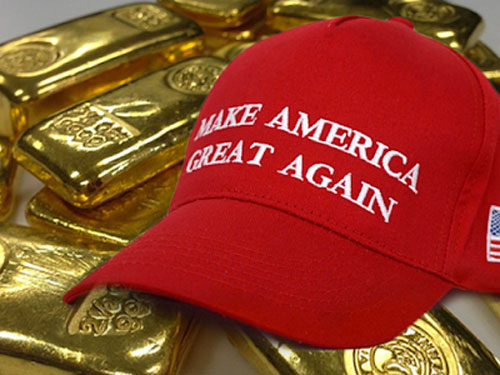 The $24.5 trillion owed to the Federal Reserve will either be dropped in the bankruptcy or the Treasury can print useless fiat currency to pay the debt as they recently did for $4.5 trillion to cover the purchase of U.S. bonds being sold by China, Saudi Arabia, and other countries in “off book transactions.”

It is important to remember that ending the Federal Reserve will not crash the currency, bond, or stock markets. All three of those are controlled currently by the Exchange Stabilization Fund through back door trading done by the ESF and the U.S. Treasury. It has been proven that the ESF controls all three “free” markets.

Through the many gold, silver, and interest rate “fixing” lawsuits brought against the major international banks, the U.S. Treasury, U.S. Securities and Exchange Commission, and the U.S. Commodity Futures Trading Commission is aware that the markets are “fixed.” Billions in penalties have been leveled against these major banks for fixing the markets. The U.S. Treasury cannot allow markets to “run wild.”

Eventually, Trump can end U.S. fiat currency and create a new currency with a basket of commodities to back it up, including gold, silver, other precious metals, and commodities. The old “Federal Reserve notes” will become useless after a recall of old currency that weeds out money that has not been taxed – off shore accounts and tax havens.

This action immediately eradicates all off-shore tax-haven money, illegal drug money, stolen and laundered money, and currency held by foreign nations that has left America illegally. The new currency will be established after the hidden C. I. A. gold and assets have been audited and seized by the U.S. Treasury.

No one knows how many thousand tons of stolen war gold the CIA (George H. W. Bush’s Barrick Gold Corporation) has amassed but it is enough to tip the balance of world gold holdings to America. This gold will cushion the radical but simple changes that must take place to eradicate globalism from the current U.S. systems that are controlled by the same shareholders who own the majority of shares in the top defense corporations – who are, by the way, almost all globalists bankers who loan money to, and sell weapons to the very enemies we are fighting.

In the nationalist Trump utopia, Americans had hoped that the greatest threat to world economies would end – the insane $500 trillion dollar derivatives markets controlled by the Bank for International Settlement, the most corrupt bank in the world, that must simply be abolished along with all derivatives and hedge fund betting.

Dissolve the Council on Foreign Relations

Patriots continue to demand that the transnational, international, globalist, Jesuit controlled, Rockefeller funded war-machine called the Council on Foreign Relations be dissolved and its war-hawk policies be destroyed. This anti-American group has decided U.S. foreign policy for decades and has told presidents what they will do and not do.

Trump met with Henry Kissinger, the most powerful and evil political warlord in the CFR who is wanted in multiple nations for crimes against humanity, and told him “no thank you” for his advice. Trump does not listen to this globalist bunch of greedy bankers, brokers, and warlords.

All of Obama’s executive overreach concerning the National Defense Authorization Act should be rescinded. These unprecedented additions made it legal for the Department of Defense to operate in the U.S. – for the first time in history. Propaganda was also legalized and Americans are now targeted as “war actors” and “enemies of the state.” Obama created a police state that used illegal surveillance on Trump and all Americans. It is time for Trump to turn the tables on the real enemies of our state – the corporate intelligence agencies and the corporate warlords.

A key action factor to dismantling George H. W. Bush’s New World Order is to withdraw from the North Atlantic Treaty Organization, the Atlantic Council and all treaties or accords that require America to defend other nations. Trump has insinuated numerous times that NATO is outdated and the member countries don’t pay their fair share. 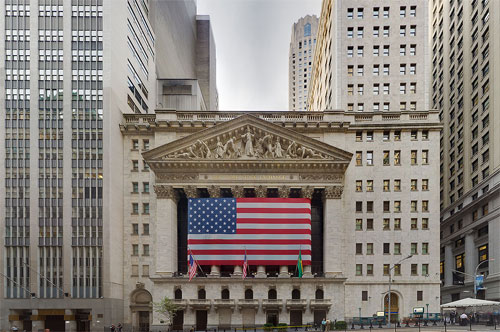 Sever the ties (chains) with the New York Stock Exchange and its owner Intercontinental Exchange Inc. (ICE, Inc). ICE is the most powerful player in stocks, bonds, mortgage-backed securities, futures, and derivatives. Basically, ICE is the biggest “gambling casino” in the world where fractional investments, high-speed trading, and the total control of the “private tax shelter”, called markets, rules American investment and retirement capital.

One quadrillion in trades happen on the New York Stock Exchange per year – all of which are basically tax-free throughout the year of investing. Markets are scams run by the ICE gambling casino. They don’t need to exist at all. Each of the 12,000 or so companies on the NY Stock Exchange can raise their own capital privately and then there would be no “longs and shorts”, “puts and calls”, futures, hedging, derivatives or other “legal forms of gambling.”

The stock markets can simply close – they are private corporations that work hard to steal from U.S. taxpayers.

Unplug the Mortgage Electronic Registration System, (MERS) and stop gambling with American home mortgages on the stock market by bundling them into mortgage-backed securities that have already caused one stock market crash. Use U.S. land and mortgages as a new type of Land Bank backed by mortgages that are tracked by the state counties (using blockchain technology) where the title is issued, not the lending institutions and banks who are controlling members of MERS.

The Glass-Steagall Act allows commercial bankers to also be investment bankers – which is simply insider trading. End derivative swaps, fractional banking, investment banking, and replace them with state banks, land banks, community banks, and postal banks. Trump has directly addressed these issues repeatedly and may, once he is in his second term, truly change the criminal activity of banks and brokers.

End Corporate Control of the Food and Drug Administration

How to Detox from Heavy Metals and Everyday Toxins