How to Stop the NWO 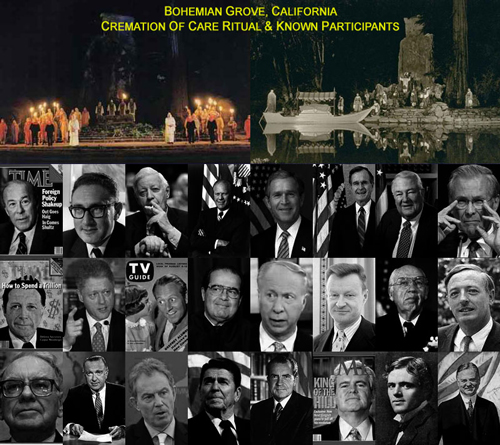 All our “leaders” are errand boys for the Illuminati.
It reads like a bad script for a B-movie. Humanity is taken over by a satanic cult. Everyone must secretly pledge allegiance to this cult if they want to advance. Members are compromised and blackmailed to ensure loyalty.
Although this cult’s monuments and symbols are everywhere, no one dares to mention its name, or challenge its dominance.
Murphy’s law is true. If it can go wrong, it will. For humanity, it has.
Western “civilization” itself has been subverted by this cult. The so-called “enlightenment” of the Illuminati represents a rejection of man and God.

A tiny clique of Cabalist bankers, the Illuminati, have supplanted God (and the natural and moral laws of the universe) in the specious name of “humanism”, “reason”, “progress”. Henceforth, they will determine what is healthy and natural, i.e. homosexuality, promiscuity, pedophilia, incest.

Today, humanity is firmly in their satanic grip, and sinking deeper into a coma. The ship of civilization is sinking beneath the waves while the passengers are asleep. To use another nautical metaphor, we are up a creek without a paddle.
The Illuminati bankers manipulated events to destroy the institutions of Christian civilization – religion (God), race, nation and family – and induct humanity into their cult. This is the New World Order.

They instigated and financed wars to destroy the nations and then hyped the authors that spread alienation and disillusionment. They hold humanity prisoner by their mind control. It’s no coincidence that the mass media is controlled by a handful of corporations with occult logos.
The subversion of humanity by this tiny cult and their allies is the suppressed true history of the modern world. This is the only real conflict: Illuminati versus humanity. The others have been staged as diversions.

Despite all the evidence, we are in denial. We don’t really believe in this conspiracy. It’s like learning we have terminal cancer. We don’t want to know. The mass media keep telling us that our democratic and cultural institutions are sound and responsible. We prefer to believe that. We suffer from a cognitive dissonance.

The conspiracy is real and it’s much worse than we think. Powerful people have lived and breathed this plot for centuries. They have erected a vicious police state behind the facade of democratic government and liberty. The charade of “fighting terror” is a pretext to imprison the general population.

The Protocols have been realized. The Illuminati want to own and control everyone. They want to be God. They contrived all the revolutions, the world wars, the Cold War, Korea, Vietnam, the JFK assassination, 9-11, Iraq and Afghanistan and the “war on terror”.
Today, they are busy stealing Gadhafi’s wealth. (They prefer puppets to bloated national bosses.)

We’re still free in a limited, individual sense, thank God. But collectively, we are being farmed. If they really cared about freedom, they’d empower us. They’d teach civic values, patriotism and history. They’d foster strong male-female relationships, marriage and families.

A conspiracy requires secrecy and darkness to thrive. We can eradicate it simply by shining the light of truth on it.
We must expose its participants and their foul deeds, starting with 9-11. Our leaders and mass media are traitors, guilty of complicity in mass murder and cover-up.

The first job of a government is to ensure that it isn’t taken over by a satanic cult. Our governments have failed. They have no legitimacy.
The Illuminati needs legitimacy to function. We can take that away. We need to reveal the truth to as many people as possible. We need to help their dupes see the true, common enemy.

We are a tiny sliver of the population. But, as the Illuminati tyranny becomes more onerous, many more people will seek the explanation.
We must resist peacefully. Anything else plays into their hand. But we should be armed and prepared to defend ourselves. In my view, the widespread ownership of guns is the main reason Americans are still relatively free.

Civilization is based on spiritual absolutes like truth, justice, love, and beauty, which they systematically undermine. They are destroying civilization. Let it not be said: “We slept and didn’t even notice”.