If You Want To Accelerate Brain Development in Children, Teach Them Music 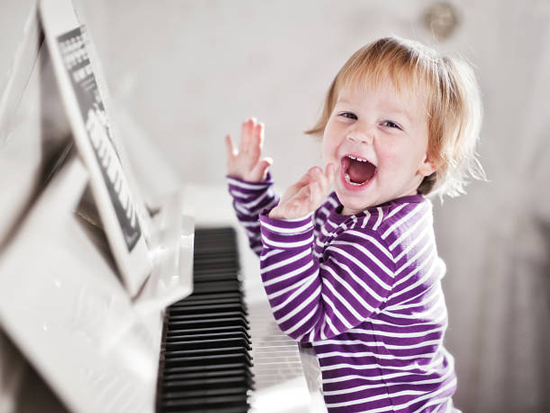 Music is one of the greatest joys on Earth. From those who play it to those who listen to it, it is a driving force and accompaniment for so many things in life. Many of us do not need scientific evidence to know it enhances our lives, but to learn of such evidence is surely important, especially for those who could benefit from it most.

Previous research has already found that music can serve as medicine, capable of treating symptoms of schizophrenia, depression, anxiety, and chronic pain. And now initial results of a five-year study by University of Southern California (USC) neuroscientists have found that music education can speed up brain development in young children, specifically in the areas of the brain where processing sound, language development, speech perception, and reading skills take place.

Published recently in the journal Developmental Cognitive Neuroscience, the study, from the Brain and Creativity Institute (BCI) at USC in partnership with the Los Angeles Philharmonic Association and the Heart of Los Angeles (HOLA), began in 2012. The researchers wanted to see how music instruction could positively affect children’s social, emotional, and cognitive development.

Their initial results have found that music instruction accelerates the growth of the auditory pathway in the brain, and increases its efficiency.
“We are broadly interested in the impact of music training on cognitive, socio-emotional and brain development of children” said Assal Habibi, the study’s lead author and a senior research associate at the BCI in the USC Dornsife College of Letters, Arts and Sciences. “These results reflect that children with music training, compared with the two other comparison groups, were more accurate in processing sound.” 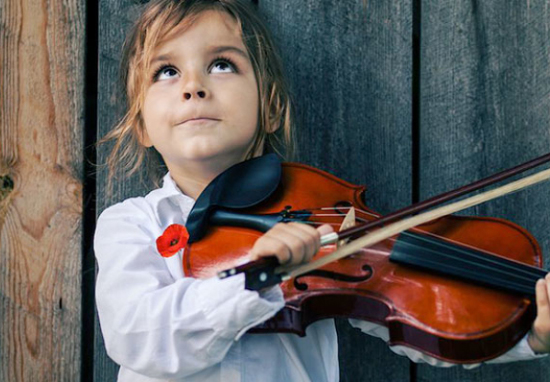 For their work, the neuroscientists monitored brain development and behavior in a group of 37 children from underprivileged neighborhoods in Los Angeles. Of the kids, thirteen 6- and 7-year-olds received music instruction from the Youth Orchestra Los Angeles program at HOLA. They learned how to play instruments in ensembles and groups, and practiced up to seven hours a week.

The researchers compared those 13 children with two other groups, with one consisting of 11 children in a community soccer program, and the other of 13 children not involved in any specific after-school program. Tools like an MRI to observe changes through brain scans, EEG to track electrical activity in the brain, and behavior testing were all used to monitor changes throughout the study.

The neuroscientists discovered the auditory systems of the children in the music program were maturing faster than in the other children just two years after the study began. The team concluded that the enhanced maturity was the result of an increase in neuroplasticity, which is a physiological change in the brain in response to its environment, which was music instruction in this scenario.

“The auditory system is stimulated by music” Habibi said. “This system is also engaged in general sound processing that is fundamental to language development, reading skills and successful communication.”

The study also found, after the children completed a task measuring their abilities to distinguish tone, that those in the youth orchestra program better detected pitch changes in the melodies than the other two groups. The children with music training also had smaller P1 potential amplitude, suggesting a faster rate of maturation.
“We observed a decrease in P1 amplitude and latency that was the largest in the music group compared to age-matched control groups after two years of training” wrote the team. “In addition, focusing just on the (second) year data, the music group showed the smallest amplitude of P1 compared to both the control and sports group, in combination with the accelerated development of the N1 component.”