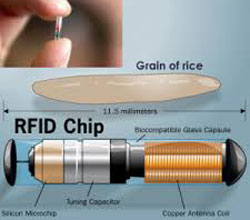 It seems too far-fetched to be true, especially in the “land of the free” where the Constitution supposedly recognizes and enshrines certain “inalienable” human rights like individual choice and privacy, but it’s true nonetheless: in the United States, we have all come one step closer to being microchipped by mandate.

As reported by True Activist, about six years ago NBC Nightly News made a bold prediction: that by 2017, all Americans would be fitted with a radio frequency identifier (RFID) chip so that all of us could be tracked by the government in real time (except for the elites doing the tracking, of course). That prediction doesn’t appear to have come true – and with Hillary Clinton soundly defeated on Nov. 8, it doesn’t look like it will happen anytime soon.

But what if it did? What if somehow some of us began to be “chipped” sold to us as a way to “enhance public safety” (which is always the excuse government uses to take away our rights and freedoms)?
Don’t look now, but it just happened. 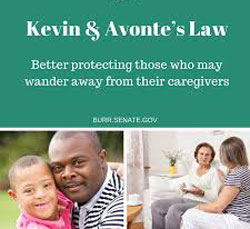 As in recent days the U.S. House of Representatives “overwhelmingly” passed a bill that would require the U.S. attorney general to provide grants to local law enforcement agencies so they can create, establish and operate “locative tracking technology programs”.

In other words, the legislation – known as Kevin and Avonte’s Law – makes it “legal” for police to track certain U.S. citizens, despite the fact that their privacy is guaranteed by the Constitution’s Fourth Amendment.

The program, which many have likened to the opening of a Pandora’s Box of wider tracking in the future, gives local police the authority to use technology to locate “individuals with forms of dementia, such as Alzheimer’s disease, or children with developmental disabilities, such as autism, who have wandered from safe environments”.

Advocates of the legislation, including Rep. Sheila Jackson Lee (Texas), and Rep. Chris Smith (New Jersey), say the measure can help police intervene to avert tragedies through the use of location technology before the mentally disabled wander into trouble. But opponents, like Rep. Louie Gohmert, (Texas), see it as a way for government to broadly interpret how it uses the technology.

“While this initiative may have noble intentions, ‘small and temporary’ programs in the name of safety and security often evolve into permanent and enlarged bureaucracies that infringe on the American people’s freedoms” he said. “That is exactly what we have here. A safety problem exists for people with Alzheimer’s, autism and other mental health issues, so the fix, we are told, is to have the US Department of Justice start a tracking program so we can use some device or method to track these individuals 24/7.”

Later, Gohmert said the bill’s sponsors implore lawmakers and the American people not to worry because it has language saying that any tracking device cannot be invasive and is totally voluntary.

What’s to stop some future authoritarian from widening a tracking program? 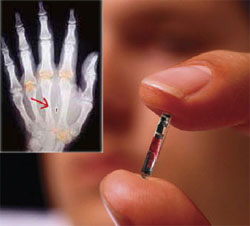 But he added that he was confused as to why Republican majorities in both chambers of Congress – the party historically at odds with big government and the massive federal bureaucracy – would be taken in and fooled into approving yet another massive, invasive government program.

He was also astounded that the GOP-controlled Congress would allow the tracking of people with “developmental disabilities” – a term that could have very broad applications – but not approve any tracking of illegal aliens, criminals and other malcontents.

Therein lies the rub: who gets to define “mentally incapacitated”? And is that description only limited to persons who have been medically, clinically diagnosed with a “mental” problem?

Because in the recent past, left-wing activists, politicians and academics have accused alternative media types of being mentally deranged and “propagandists”. Should alternative media journalists be tracked, for the public’s safety?

It’s not that farfetched anymore to think that could happen someday, especially when a “program” establishing “official” tracking of “certain” persons has already been implemented.