Iran raps US overt military support for terrorists 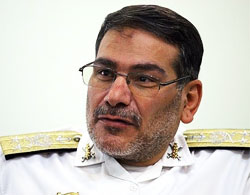 At the end of September 2016, secretary of Iran’s Supreme National Security Council (SNSC) Ali Shamkhani has criticized the US for providing various terrorist groups with political and military support, saying the foreign-backed crisis in Syria would be solved only through intra-Syrian talks.

“The only course to end the ongoing crisis in Syria is the continuation of Syrian-Syrian negotiations”, Shamkhani said in a meeting with Syrian Parliament Speaker Hadiya Khalaf Abbas in Tehran.

He added that the refusal “of the West and its allies” to accept the terrorist nature of many armed and extremist groups is the main reason behind the failure of various political proposals and diplomatic initiatives and even opportunities for ceasefire.
The senior Iranian official expressed regret that “many European governments have refrained from revising their policies” and showing serious resolve in fighting terrorists even after their countries were hit by terrorist attacks.

Shamkhani noted that Syria’s recent victories against terrorist groups are due to the fact that the country’s government and nation have stood side by side against terrorists and their supporters. 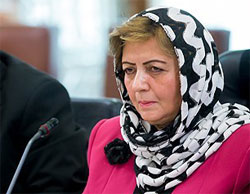 The Syrian parliament speaker, for her part, hailed Iran’s humanitarian and advisory military aid for her country in the campaign against terrorists.

“If some Arab countries had sought to sincerely settle the Syrian crisis through an honest approach, Damascus would not have faced such a critical situation”, Khalaf Abbas added.
She said a war of terror “has been imposed on Syria with the support of 80 countries”.
“Despite the plots by Syria’s ill-wishers, the country is making achievements in different fields on a daily basis which will help Damascus see the current crisis off”, she said.

Khalaf Abbas was in Tehran at the invitation of Iran’s Parliament Speaker Ali Larijani. She held talks with Larijani, Ali Akbar Velayati, a senior advisor to Leader of the Islamic Revolution Ayatollah Seyyed Ali Khamenei, and President Hassan Rouhani.

How to Live Off Grid Successfully