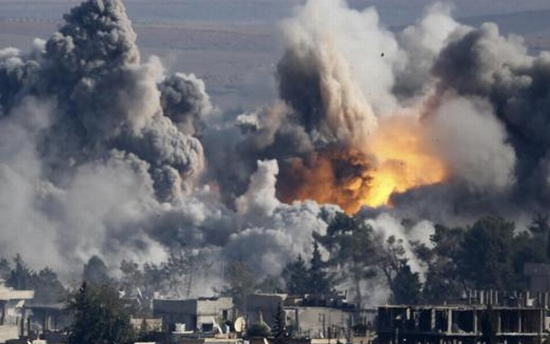 You just can’t make this stuff up. It has been reported that a Syrian rebel group, which has already signed pacts with ISIS and other terrorist groups in Syria,[1] “has accused the Syrian army of using chlorine gas against its fighters in battles east of Damascus.”[2]

This is worse than stupid, for we know that the so-called rebels have used chemical weapons in the region and blamed it on the Assad government.[3] Noted journalist Seymour Hersh has relentlessly suggested that this is the case. And as for ISIS or al-Qaeda or al-Nusra Front, it is the Israeli Secret Intelligence Service. This is from the Jerusalem Post: “Report: Israel treating al-Qaida fighters wounded in Syria.”[4] We read: “Israel has opened its borders with Syria in order to provide medical treatment to Nusra Front and al-Qaida fighters wounded in the ongoing civil war…”[5]

The International Business Times reported in 2014 that Israel indeed had “regular contact with Syrian rebels, including ISIS.”[6] What? Israel is in contact with ISIS and al-Nusra Front? So terrorist groups have magically become freedom fighters? Didn’t members of the same terrorist groups cut the heart of a dead body and took a bite?

Furthermore, didn’t al-Nusra commit terrorist acts by the summer of 2012?[7] Didn’t the same terrorist group attack at least 600 major cities in Syria and elsewhere, causing the death of Syrian civilians during the war against Assad?[8]

In January 2013, the terrorist group declared that they want “to give the tyrannical regime [Assad] a taste of violence.”[9] In December 2012, the rebels smashed a school in Syria, taking the lives of twenty-eight children.[10] Then in the same month, the ethnic Kurds began to rise against the Syrian rebels.[11]

Right here we are confronted with an inescapable conclusion: the Israeli regime, the Neocons, and the warmongers in the West have redefined terrorism, dug up new definitions from their own diabolical matrix, and imposed these radically new and different definitions on America and the West. 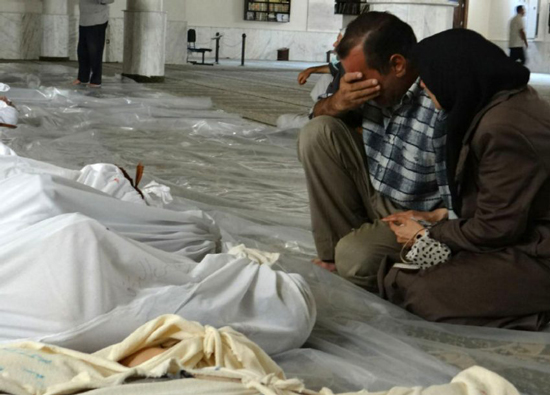 So, it is no secret that ISIS and other terrorist groups in the Middle East are working with the Israeli regime in order to destabilize the region. This is one reason why the so-called rebels in Syria want to blame Assad for using chemical weapons. They think they can still manipulate much of the West that way. And the Trump administration, sad to say, has already been submissive to their demands.

One leader who has figured out that trick is Vladimir Putin, and Neocon puppets and marionettes like John Bolton know this. Bolton himself declared that “Putin is smart… that’s what worries me.”

Putin declared: “It seems, however, instead of learning from other people’s mistakes, some prefer to repeat them and continue to export revolutions… Just look at the situation in the Middle East and North Africa…

It is irresponsible to manipulate extremist groups and use them to achieve your political goals, hoping that later you’ll find a way to get rid of them or somehow eliminate them.

We consider that any attempts to flirt with terrorists, let alone arm them, are short-sighted and extremely dangerous. This may make the global terrorist threat much worse, spreading it to new region around the globe…

It seems like someone would like to impose upon us some new game rules, deliberately tailored to accommodate the interests of the privileged few…

Another threat that President Obama mentioned was ISIS. Well, who on Earth armed them? Who created the necessary political climate that facilitated the situation? Who pushed for the delivery of arms to the area?”

Well, the people who are supporting Jihadists and ISIS in Syria did not come from Russia or Iran or China or the Philippines. The actors who are actually pushing for the delivery of arms in Syria are none other than Turkey, Qatar, Israel, and the United States. So, when a Zionist starts talking about America fighting terrorism in the Middle East, you can be sure that you are in the presence of either an opportunist, a maniac, a pathological liar, or a person who does not know what common sense really is.

Trump Is Unmasked: 14 Reasons Why the Syria Airstrikes Were a Really Bad Idea (1)