Trump Is Unmasked: 14 Reasons Why the Syria Airstrikes Were a Really Bad Idea (1) 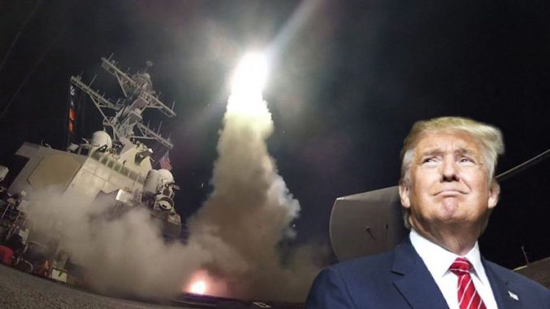 The media is full of articles showing Trump’s faults. Some are real, others are just attacks from the cabal, when he fails to follow orders. However, regarding the Syria airstrikes, there are many reasons why they were a really bad idea:

His Tweets following the 2013 alleged “sarin gas attack” reveal a different man, the non-interventionist Americans hoped they were voting for:

2. Trump skirted the U.S. Constitution, which he swore to uphold in his inaugural oath

Trump cannot plead ignorance about this matter, since he said the same thing as Paul in his first Tweet above.

The US Constitution designates the President “Commander in Chief of the Army and Navy”; it is somewhat ambiguous about what independent actions he may take. In any event, Article 1, Section 8 clearly vests all war-making power in Congress. Obama asked Congressional approval for the airstrikes he first sought after the 2013 sarin gas allegations. Trump did not; he behaved as a rogue autocrat.

For those who argue that Trump was acting legally because he didn’t really make war, there is the question: If another country rained 59 missiles on America, would we not consider that an act of war?

If anyone truly believes Trump had the right to launch cruise missiles on Syria, without consent of the People or Congress, then by that same logic Trump has the right to launch a nuclear first strike on Russia, start World War III, and incinerate the planet. The Founding Fathers did not intend Presidents to be invested with such power; they consistently emphasized the principle of checks and balances.

3. Trump acted with impetuous haste, not waiting for adjudication of the facts

If a person is accused of a heinous crime, do we simply lynch him on the spot? Or do we give him a fair trial, so that facts can be weighed, all sides of the story heard, and the accusation’s truthfulness determined?

If Trump was genuinely concerned about the sarin gas allegation, what he should have done: request an investigation by an impartial delegation, composed of members from several foreign countries with no vested interests in Syria. Such a delegation could have interviewed witnesses, examined forensic evidence, and submitted a report.

Instead, Trump received an intelligence briefing and reacted to some victim photos taken by jihadists. There are die-hard Trump supporters who will argue this was “good enough”. No, it wasn’t. Colin Powell had far more intelligence briefings on Saddam Hussein’s “weapons of mass destruction” and showed pictures to the UN. US was then laid into an unnecessary war that cost trillions of dollars and killed hundreds of thousands of Iraqis. Powell ultimately admitted he acted on faulty intelligence.

To this day, the Trump administration has supplied no proof whatsoever that Assad’s forces released the chemical agents. Syria’s air force did strike an opposition target, but there is no evidence they dropped chemical weapons. Rather, the chemicals evidently belonged to the terrorists on the ground. Peter Ford, former British ambassador to Syria, explains this important distinction:

Why didn’t Trump wait to get his facts straight before committing an act of war?

4. The United States was not attacked

The U.S. military’s purpose is to defend America. Its mission is not to go around the planet and punish people the President doesn’t like, or right other countries’ wrongs, real or imagined. U.S. has enough problems to handle at home; Trump knows this well – his campaign was largely based on that message.

5. The chemical agents could not have been sarin gas

Patrick Lang, a former colonel in the Defence Intelligence Agency, says the U.S. missile strikes were “based on a lie”. Among many other points he makes, he observes: “We know it was not sarin. How? Very simple. The so-called ‘first responders’ handled the victims without gloves. If this had been sarin they would have died. Sarin on the skin will kill you. How do I know? I went through ‘Live Agent’ training at Fort McClellan in Alabama.” 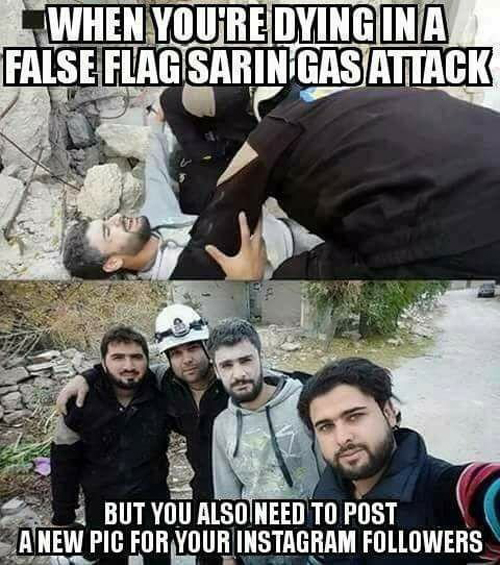 6. Investigative journalist Seymour Hersh had already determined that when Assad was previously accused of using sarin gas, it was a false flag orchestrated by anti-Assad forces to provoke U.S. intervention.

You can read about Hersh’s findings here. 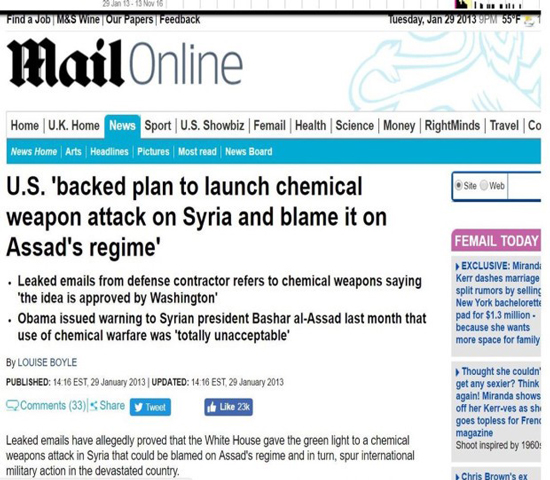 8. Assad had no motive to use chemical weapons on his people

The Syrian military, with Russia’s help, had recently won a major victory in Aleppo over the terrorists. This war has been going on for years, and during that time Assad never once deployed chemical weapons on the battlefield. Why, then, on the brink of final victory, would he suddenly decide to use them against civilians, knowing full well this would invite military intervention from the West? When determining the perpetrator of a crime, a critical question is: Who benefitted? ISIS and Al Qaida benefitted.

9. Immediately after the U.S. strike on Shayrat Air Base, ISIS launched a new offensive in the neighboring region

Thus, for all practical purposes, Trump launched a flank attack in support of Islamic extremists – the very forces he came to power vowing to oppose. 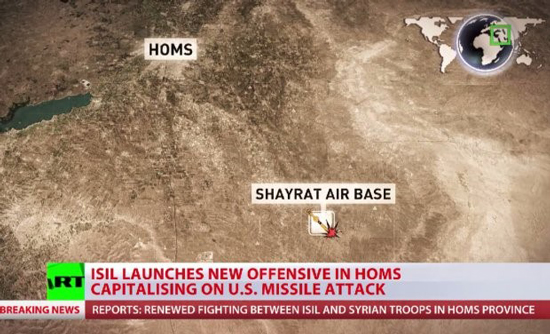 10. If Syria was really storing chemical weapons at the targeted airbase, then attacking it with missiles made absolutely no sense

Think about it. Supposedly Trump was reacting to reports that civilians were killed by chemical weapons. Yet if the airbase stockpiled such weapons, then U.S. missiles striking those depots would release the chemicals into the atmosphere, killing more civilians. One does not dismantle weapons of mass destruction by exploding them. This means one of two things; either: (1) Trump’s military advisors are remarkably inept; or (2) (more likely) his advisors were fully aware the airbase housed no chemical weapons.

Read the next part of this article