Israel Shows How Drones May Be Used for Crowd Control

Drones are becoming more commonplace today, in every neighborhood and community. Unfortunately, drones are also showing up inside of militarized police forces in and around those communities as well.
One example of armed drones getting put to use against crowds was Israel’s use of unmanned drones against Palestinian protesters on March 9th, at the Gaza border. 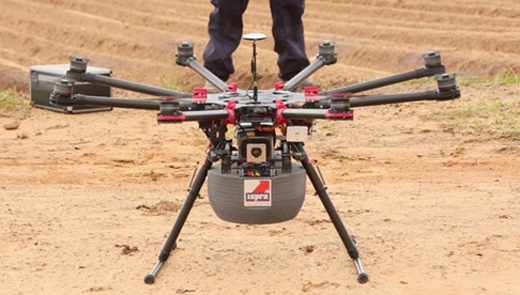 Lebanese media outlets reported that Israeli forces flew a large drone to the edge of the crowd and dropped several tear gas canisters to the ground.
The video of the event shows how the Israelis had placed the canisters to take advantage of wind direction so that the tear gas few directly into the crowd of protesters.

Observers believe the drone used was the Cyclone, a riot control drone developed by an Israeli company named ISPRA. The company has not confirmed that it was their drone that was used.
Many military observers note that Israel has often been used as a testing ground by allied countries, for futuristic military technology. Israel’s use of drones for crowd dispersal an ominous sign for the future of crowd control in the U.S. and other western countries.

Militarized police forces often resort to what are called “non-lethal weapons” to push back rioting crowds.
The problem with “non-lethal” weapons is that even though they don’t kill the individual they’re used against, they can seriously injure.

There have been several cases in recent years when the police use of non-lethal weapons caused serious injury to protesters and bystanders:
– In 2014, the New York City Police Department used Long Range Acoustic Device (LRAD) technology during a Black Lives Matter demonstration. LRAD uses powerful sonic waves to disburse crowds. Five protesters sued the city for causing long-term hearing damage and chronic pain, which continue long after the attack.
– At a student protest in Montreal, police attempted to use stun grenades on a crowd of unarmed students. One stun grenade detonated directly above one student and a piece of shrapnel struck him in the eye. He lost permanent use of his eye.
– In 2016, at a peaceful protest in Paris, police attempted to use a flash-bang grenade that exploded too close to protester Laurent Theron. One of the rubber shrapnel pieces struck him in the eye and crushed his eye – leaving a wound that a nearby reporter described as “stomach turning”. 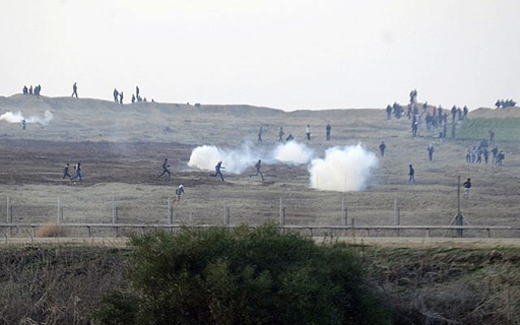 These are just a few examples of cases when the use of these weapons led to serious and sometimes fatal injuries. Many militarized police forces use these weapons prematurely, when they should only be used as a last resort to prevent criminal activity or threat to nearby human life.
Unfortunately police forces turn to these tactics when there are no such imminent threats present.

If drones are eventually used to disburse these kinds of weapons, the likelihood of these kind of injuries will only increase for several reasons:
– Allow police to disburse the grenades and projectiles even closer, or in the middle of crowds of protesters.
– May present situations where chemical or gas canisters are released in confined spaces where exposure could end up causes blindness or death.
– Provide police with unprecedented ability to place extremely dangerous weapons – many with high velocity projectiles that can cause serious harm – much too close to human bodies.

The increased use of drones in a militarized police force in any Western country should cause great concern for any free citizen of that country.
If the actions of Israel represent the future of what citizens can expect from local police force, we’re all in a world of trouble.

Do You Wake Up At The Same Time Every Night? According To Chinese Traditional Medicine, Here’s Why