JOURNO-TERRORISM: The goal of the left-wing media has always been to terrorize voters and hypnotically control them…


Members of the leftist media smugly claim they advocate love, compassion and progressivism, but any honest analysis of their content leads to the conclusion that their reporters are journo-terrorists. They deliberately fabricate falsehoods about their political enemies to effectively hypnotize their readers into being terrified of them. False fear is the creed of the journo-terrorists.

This is exactly why there was so much intense hatred on the left for Donald Trump – the media whipped it up on purpose by using false scare stories – and why leftists who supported Hillary Clinton are now freakishly horrified at the outcome of the election.

Many of them literally think they are going to die unless the election outcome is reversed. The following extraordinary video from Melissa Dykes at The Daily Sheeple documents some of the incredible hysteria now sweeping across the horrified left… and yeah, it’s clearly mental illness:

As you can see, leftists who lost the election couldn’t feel more horrified if planet Earth were invaded by… blood-sucking aliens from planet “Vampira”.

They are obviously traumatized by their own beliefs and while many people might enjoy an uproarious evening of laughter just watching these lunatics totally freak out, the truth is that they have been victimized and even hypnotized by the leftist media.

To these victims, you see, Donald Trump really is a horrible monster. They’ve convinced he’s an evil, woman-hating, Mexican-beating, sexual predator who’s deliberately going to destroy families across America because he’s a cruel person. There was a conversation between a guy and a Clinton supporter in California who insisted that Donald Trump only reads “Nazi propaganda books” which he keeps on his nightstand. Every pro-Trump argument tries to make with this person was greeted with, “But he has NAZI BOOKS on his nightstand!”

The leftist media, you see, has hypnotically implanted “Nazi books” into the minds of people like this guy. He now imagines Nazi books that don’t exist, but in his mind they are real. The leftist media, in a very real sense, has prompted leftists across America to hallucinate about horrible things that don’t exist, all while thinking they’re real.

Here’s another informative video from Rob Dew at Info Wars:

These people are, of course, clinically delusional. Their minds have been programmed with so many layers of disinformation and fear that they can no longer recognize the difference between what’s real vs. fiction. They are trapped in a mental prison of fear, carefully constructed by the leftist media for the sole purpose of exerting absolute control over the psychology of the electorate.
Leftists who watch MSNBC, in other words – and Rachel Maddow in particular – have been swept into an orchestrated psyop (psychological operation) that might as well be called “journo-terrorism”.

Rachel Maddow is a journo-terrorist

The key terrorists in this propaganda assault on the American psyche include not just Rachel Maddow but people like Michael Moore, Anderson Cooper and George Stephanopoulos. Each of these people is, in their own way, simultaneously an info-terrorist and a social engineer.

Their job in the leftist ecosystem of psychological warfare is to unleash vast fields of mental landmines that innocent American stumble into, setting them off and blasting apart their cognitive constructs. Once the old belief systems are eliminated, new beliefs are inserted through “info-doctrination” – i.e. repeated, daily news streams consisting of fear and lies that create “trigger conditions” in the minds of those being hypnotized. 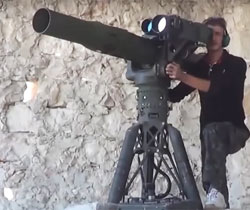 It’s fascinating that planting actual land mines on battlefields is often considered a “crime against humanity”, but when journo-terrorists plant cognitive land mines across the psychological battlefield of America, it’s all “factchecked” into reality by Politifact, Snopes or the Washington Post. Suddenly the land mines are perfectly acceptable to the leftists. It is these land minds that are right now responsible for the massive psychological trauma being experienced by the crying, wailing leftists whose brains have been shattered by journo-terrorism from MSNBC, CNN, the NYT, the LA Times and so on.

The leftist media has tapped into the “zombie broadcast frequency”

It’s almost like something ripped right out of Batman, where some evil mastermind villain has managed to turn the city’s radio towers into a zombie broadcast frequency that controls all the citizens. After activating the signal, they are able to control the citizens as if they were puppets, telling them to vote for Hillary, or burn American flags, or march in the streets or almost anything they want.

It’s not much of a leap, by the way, for the same leftist journo-terrorists to tell their hypnotized followers to start murdering Trump supporters en masse. This, of course, is where George Soros – the terror funding money man behind the curtain – ultimately wants to take us all. He wants a social revolution where white people, gun owners and Trump supporters are beaten to death by enraged leftist socialists.

Rachel Maddow, Charles Schumer, Harry Reid, Barack Obama, Al Sharpton and other leftists are all masters of journo-terrorism. They script out the most horrifying fears that leftists might hold, then they amplify them through an obedient, state-run media that already has a hypnotic lock on their viewers.
This was evident just recently, by the way, when Obama told an African-American audience that if Trump won, he would immediately start cancelling their Medicare or Medicaid coverage. It’s classic leftist fear-mongering… or “journo-terrorism.”

Spewing bigotry and hate while calling it news 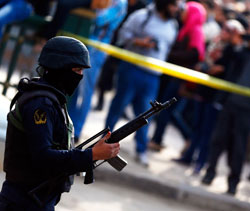 Rachel Maddow, a repugnant, conniving manipulator of the human psyche, is thrilled to use fabricated fear scenarios to keep her viewers glued to her hypnosis sessions masquerading as news on MSNBC. Her goal, just like that of Jon Stewart before he gave up the Daily Show, is to keep viewers “tuned in” so they can be impregnated with outlandish conspiracy theories about people on the right.

The programming from Maddow is merciless, incessantly shaping their audience perceptions against gun owners, white people, southern people, Donald Trump, Ted Cruz and a long list of others who are made out to be horrifying monsters. According to Maddow’s viewers, Donald Trump is Adolf Hitler. Gun owners are trigger-happy rednecks who love to shoot black people. White males are stupid, bigoted racists. Cops are executioners of minorities. Scientists who disagree with the false climate change narrative are “deniers” who should be imprisoned. And so on.

The result is that innocent viewers of leftist media channels tend to become “radicalized” into a mindset of extreme fear, hatred and bigotry toward their named enemies. At the same time all this is being programmed into their heads, the leftist media throws a veil of “love, compassion and tolerance” over the entire hypnosis gig, making the world’s most hate-filled bigots – leftists – believe they are the world’s most tolerant progressives!
Seriously: Racist, bigoted, hate-filled leftists literally think they represent love for humanity. It’s shocking!

How to solve this problem? It’s simple: arrest the journo-terrorists

It’s time to stop pussy-footing around with real justice in America. If we love our fellow citizens, we cannot allow our brothers and sisters to be further victimized by journo-terrorism in America.

We must arrest these journo-terrorists for inciting violence, inciting riots and working deliberately to destroy the United States of America. CNN, for example, cheated by giving Hillary Clinton the debate questions ahead of the actual debates. The NYT was caught conspiring with the Clinton campaign to give her editorial control over their articles. MSNBC has been a bastion of racism and bigotry from its inception and to this day, there are still shocking numbers of people who don’t realize that the “MS” in “MSNBC” stands for “Microsoft”. 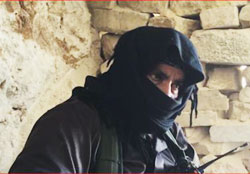 It’s no exaggeration to say that these journo-terrorists like Maddow need to be investigated by the House Un-American Activities Committee, just as Newt Gingrich correctly recommended in 2016:
“We originally created the House Un-American Activities Committee to go after the Nazis,” he said on Fox News’s Fox & Friends.
“We passed several laws in 1938 and 1939 to go after the Nazis” the former GOP House Speaker added. “We made it illegal to help the Nazis. We are presently going to have to take similar steps here. We’re going to take much tougher positions.”

Gingrich was referring to radical Islamic terrorists, but Michael Savage agrees with me that the HUAAC must now be applied to the anti-American radicals who are pretending to be journalists. Their very real goal, as is 100% obvious at this point since they won’t denounce the violent leftist riots in the streets, is to overthrow the American Republic and install a communist/socialist regime through a kind of “Cultural Revolution” violent uprising.

Their goal, in other words, is to overthrow the duly elected government of America and that’s treason. It must be stopped, of course, and laws already exist on the books to stop them. (If those laws don’t work, there’s always the activation of the Second Amendment, which can be named “America’s immune system”.)
Leftist journo-terrorism – deeply rooted in hatred for America – is a clear and present danger to this nation and its citizens.

These leftist journo-terrorists are plotting how to sabotage the Trump administration, “poison pill” America before his inauguration and cause America’s cities to collapse into social chaos before Trump takes over. Their goals are deliberate, malicious and rooted in a criminal mindset. 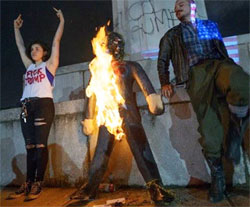 The very same reprehensible woman (Hillary Clinton) who wagged her finger in Donald Trump’s face and demanded he honor the outcome of the democratic election is now refusing to tell her supporters to stop burning down their own cities. Astonishing. When leftists don’t get their way in the elections, they turn to violent uprisings. These people see elections as nothing more than a charade, for if they don’t get the result they want, they will take to the streets to commit acts of mass violence and criminality against their own citizens.

What’s obvious in all this is that leftists hate democracy. They hate law and order. They hate rules when those rules apply to them. And, of course, they hate America.

Leftists have been so cognitively crippled by journo-terrorism that they actually favor radical Islamic terrorists over white, American gun owners. The think illegal aliens are their friends, while police officers in their own communities are their enemies. Leftists are racist, bigoted, hate-filled expressions of what happens when a nation allows journo-terrorism to undermine its cultural fabric.

After January 20, when President Trump takes office, it’s time to shut down the journo-terrorism operations across America. Arrest the journo-terrorists and prosecute them for crimes against America. Then begin the process of de-programming the victims on the left who need to be freed from the false hypnosis that has damaged their minds for the last eight years.