Katy Perry, a puppet of the so-called Illuminati: ‘No Borders’, It’s Time to Welcome the New World Order 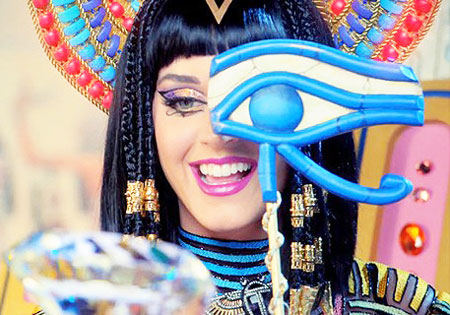 She made the impassioned statements during an interview on Elvis Duran and the Morning Show in response to the terror attacks in the UK that left 22 dead, including children, saying that if we want to move forward, we need to live in a world with one world government and “coexistˮ with “no barriers, no bordersˮ.

Reaching out to her own fans, as well as those of Ariana Grande, Perry said: “Whatever we say behind people’s backs, the Internet can be a little bit ruthless as far as fan bases go but I think that the greatest thing we can do is just unite and love on each other, no barriers, no borders, we all just need to co-exist.ˮ

The official narrative of the events at Manchester Arena is that a suicide bomber, identified Salman Abedi, detonated what is believed to be a nail bomb as concert-goers were leaving the Manchester Arena following an Ariana Grande concert. 22 people have died in the attack, many of them children, and wounded 59 more. Grande has reportedly suspended her tour, tweeting that the bombing has left her “brokenˮ.

Perry’s comments about taking down the “bordersˮ or “barriersˮ clearly align with her staunch opposition to President Donald Trump, who vowed during the 2016 election campaign to build a giant wall on the U.S.-Mexico border in response to immigration problems in the United States.

The singer previously marched in the anti-Trump Women’s March on Washington shortly after Trump’s inauguration and was a vocal supporter of former Democratic presidential contender Hillary Clinton. The 32-year-old pop star has been instrumental in pushing values, messages and symbolism onto a new generation through “purposefulˮ pop music and established herself as a vocal member of the anti-Trump “Resistance” movement. She has often been accused of being an “Illuminati puppetˮ with many of her songs being laced with dark, satanic lyrics and brainwashing references. In her latest video for her song Bon Appetite, she makes several references to Pizzagate rituals such as spirit cooking.

In an old interview with Rolling Stone magazine, Perry told of her desire to be welcomed into the Illuminati, saying; “If the Illuminati exist, I would like to be invited! I see all that s***, and I’m like, Come on, let me in! I want to be in the club!ˮ.

She’s not the only star to succumb to the Illuminati mind control, other idolized celebrities have also given references to the Illuminati, namely Lady Gaga with her half time Superbowl show this year, and Angelina Jolie describing Hollywood Illuminati secrets.