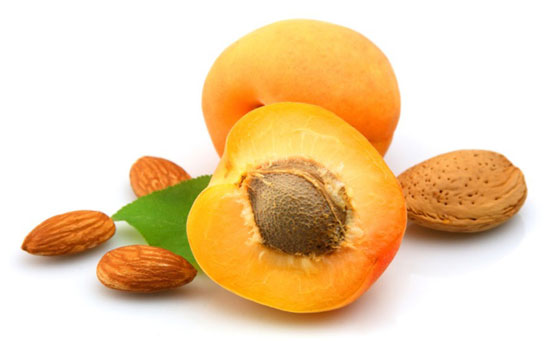 You may have read or heard somewhere that laetrile, a condensed purified extraction of apricot seed kernels sometimes sold as B-17 tablets, can cure cancer safely, without serious side effects. Yet mainstream medical “experts” and news sources derisively label it as worthless and toxic. It can kill you they say, adding there’s no scientific proof it helps rid one of cancer.

The FDA has banned laetrile’s use in the USA, but there are several cancer clinics in Mexico that use it, inviting many medical tourists from the USA and elsewhere to take advantage of Mexico’s health freedom.
But in the USA it is possible to use a food source of B-17, which is a misnomer because it only resembles a B vitamin, without concerns with the FDA or AMA or any other medical authority as long as that food source is not promoted as a cure for anything.

That food source is apricot seed kernels. The kernels are actually inside the large apricot pits. It’s what the cancer free Hunza people in a valley of the high northern mountain region of Pakistan use heavily as part of their diets. These kernels contain a compound known as amygdalin, which is also commonly found in apple seeds, bitter almonds, and several other seeds and foods.

But the apricot kernels have the highest concentration of amygdalin. Laetrile is extracted and purified from those kernels to enable injections or IV feeds. Many cancer patients have had success by consuming 25 to 40 apricot seeds heavily chewed in small amounts daily for a few months or less.

There are many anecdotal reports on the internet. A mainstream Australian newspaper, The Sydney Morning Herald, even reported one such apricot seed miracle in 2010. Australian Paul Reid had been in remission from a rare lymphoma cancer for 13 years when reporter Jill Stark interviewed him.
His prognosis when offered chemotherapy was that he may live for another five or so years. But he refused chemo, provided without personal financial burdens by the Australian socialized medical system, changed his diet, and consumed 30 apricot kernels per day while avoiding meat, refined sugar, and adhering to a diet of 75 percent raw plant based foods.

After his remission he shifted to considerably less amounts of apricot kernels for maintenance. When confronted with all the lack of scientific proof for efficacy and safety that most of the rest of Stark’s article was obliged to state from medical “experts”, Reid replied: “So what if there’s no scientific proof? What has a person to lose by going on an organic diet? I don’t think my journey has been unscientific, it’s just that there’s been no science in a big way applied to it.”

On a personal note regarding toxicity, when confronted with blood tests that hinted the possibility of a bladder cancer return, this author took to taking 30 apricot kernels daily for well over three months until a CT scan showed no tumors. No toxic side effects were noticed during all that time.

The best source of alternative cancer treatments is the Cancer Tutor. It endorses the efficacy and safety of apricot kernels as well as laetrile and “vitamin B-17” tablets. In addition to a wholesome “cancer diet” the only caveat is for caution among those on blood thinners or blood pressure medications.

Since apricot kernel consumption is a go it alone therapy, the Cancer Tutor advises using one or more other similar treatment protocols with advanced stage cancers. One of those other protocols is Essiac Tea from a good herbal source. Cancer Tutor even describes a “dirt cheap protocol” to be used by those who don’t have the finances to do any medical tourism.
The Cancer Tutor recommends a diet appropriate for healing and avoiding all processed foods and refined carbs and sugars as well as cutting back on meat regardless of the treatment of choice. It’s wise to go organic as well. Though they are bitter, it is also recommended that one chews the apricot seeds thoroughly to ensure full enzymatic release.

Why Apricot Seeds and Laetrile are Supposedly Considered Dangerous

The key cancer killing ingredient in apricot kernels or laetrile is amygdalin, which is comprised of four molecules. Two are glucose molecules. The other two are cyanide and benzaldyhide.
Benzaldyhide is actually known to have anti-cancer properties. It is found in several foods including bitter almonds. Any potential negative aspects of benzaldyhide are not accrued. It is metabolized and then excreted in one’s urine.

But cyanide is the one that fear mongers finger as the reason to avoid laetrile and high doses of apricot seed kernels, even though it is locked in the amygdalin compound that’s found in many foods. The cyanide remains in the compound and is not released as free cyanide, which can be harmful of course, except for the following naturally clever arrangement.

Cancer cells depend on fermenting sugar (glucose) for their energy instead of using oxygen to metabolize their energy. So the cancer cells attract the amygdalin compounds for their glucose, but are whacked when they metabolize those compounds that free the benzaldyhide and cyanide.
Only cancer cells contain an enzyme that is not found in healthy cells, beta-glucosidase. This enzyme “unlocks” the amygdalin compound, releasing the deadly toxins within the cancer cell only.

Healthy cells contain another enzyme, rhodanese. Free cyanide molecules in small quantities are bound to sulfur molecules by rhodanese, creating harmless cyanates that are eliminated in the urine in case any get away from amygdalin.
Amygdalin has its own Trojan Horse. The glucose is the sugar bait. Avoiding other dietary refined sugars is a must for cancer patients. This also keeps the cancer cells hungry, which is perfect the amygdalin process. Once the cancer cells’ beta-glucodise unlock amygdalin compounds in their effort to process the glucose, they are whacked with cyanide and benzaldyhide.

The History of the Great Laetrile Lie and Cover-up

Here are two short video interviews of investigative reporter and author of the book World Without Cancer, E.G. Griffin, that cover the origin of laetrile, and how amygdalin works. He explains how an M.D. in San Francisco, Jon Richardson, who was using laetrile successfully for cancer recruited him to write about it after he had been shut down from using laetrile because the FDA had not approved it for cancer.

The big laetrile (amygdalin) lie and cover-up occurred during the 1970s in New York City’s Sloan-Kettering Cancer Center. This is where their lead researcher-scientist discovered efficacy and safety with laetrile used on mice.
But his report was squelched and the announcements were extremely negative on efficacy and safety.
Science writer Ralph Moss, Ph.D., who was the Sloan-Kettering press spokesman at the time, attempted to leak documents proving that Dr. Kanematsu Sugiura’s findings were indeed positive and very promising for laetrile. Moss was discovered and promptly fired.

The Sloan-Kettering board was comprised of many key pharmaceutical representatives. According to Moss: “With this background in mind, it should come as no surprise to learn that Sugiura’s findings did not please his employer. What goes on inside the laboratories is generally of little interest to board members. It is assumed that, whatever it is, it will result in a new patented drug that will keep the cash flow moving in their direction. They were slow to pick up on the implications of Sugiura’s work, but when they did, all hell broke loose in the board room. If a cure for cancer were to be found in an extract from the lowly apricot seed, it would be a terrible economic blow to the cancer-drug industry.”