Fox reported the attackers had on fake suicide vests, and went into a bar, where the patrons threw bottles and chairs at them and they left.

And in the next video shown below, the cops are changing clothes at 1:30 and there are no ambulances, no wounded. Terror business as usual. Good time to cover up Manchester because that narrative was falling apart. 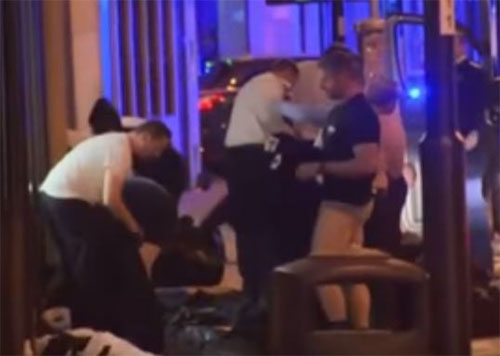 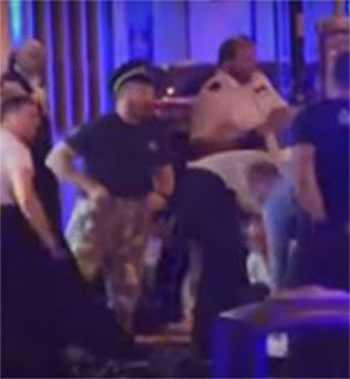 One of the supposed attackers lying on the ground, with camouflage and unusual beard. 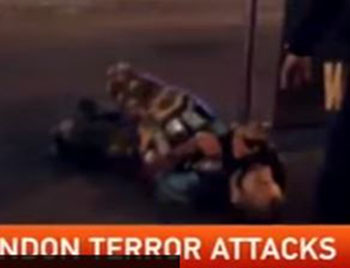 An example how cops were screaming at people, and were treating them like prisoners. This is predictive programming.