Magicians and Their Masters Rule the World, Not Politicians, Lawyers, Bankers, Aristocrats and Monarchs 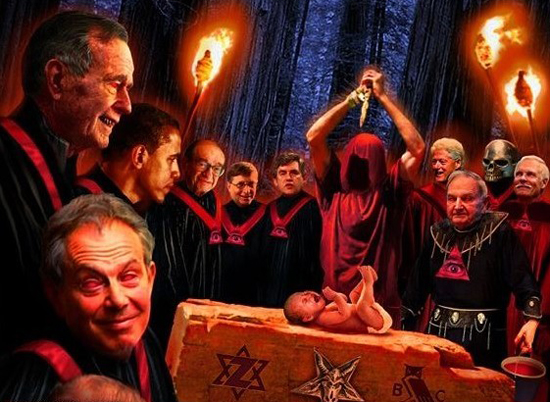 Most people are unaware that there exist very small groups of men and women who are obsessed with using the art of dark magic (magick) to gain power over others. (Magick, in the context of satanist Aleister Crowley’s Thelema, is a term used to show and differentiate the occult from performance magic and is defined as “the Science and Art of causing Change to occur in conformity with Will”, including both “mundane” acts of will as well as ritual magic.) These men and women can be referred to as Dark Magicians. These magicians like to do their work in secrecy and in the dark, because their agenda to rule the world can only be achieved through stealth and deceptive techniques.

The Dark Magicians have been very successful at ruling over the people of the world, because they know how to use the art of magic to summon demons, djinn (jinn or genies) and thought form entities to help them achieve their goals and desires. In the world of occult magic, thought form entities are sometimes called egregores. An egregore is a psychic entity that constantly needs to be charged with people’s psychic energy to strengthen its power, so it can stay “alive” and function properly.

Throughout history, the Dark Magicians have used the art of dark magic to manipulate kings, queens, presidents, aristocrats and politicians to do their bidding. Because of their knowledge and experience with using magic (magick) to manipulate people, they were able to climb the social ladder faster than most people and get to the top with little resistance.

Today, the Dark Magicians are often the leaders of certain powerful secret societies and the ones pulling the strings of politicians. Many of their secret agents work in high-level positions in the legal, political and financial systems. For example, most presidents, kings, queens and aristocrats work for the Dark Magicians. Furthermore, most high-level judges and bankers, whether they realize it or not, are controlled by them to a large degree.

An important thing you need to know about magic is that it always comes with a heavy karma-ic price, which is why people should never cast magic spells.

Endgame: Disclosure and the Final Defeat of the Cabal (5)