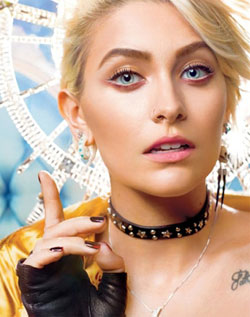 The Illuminati murdered Michael Jackson, according to his daughter, Paris, who claims she has evidence to prove the secret society was behind the death of her father.

Even when Michael Jackson was still alive, it was widely believed he had Illuminati connections, with some even going as far to say that his album covers and music videos predicted events that were orchestrated by the elite, such as 9/11, in an attempt to subliminally desensitize the public.

Jackson’s 18-year-old daughter told Rolling Stone Magazine that her father often claimed that people “more powerful than the government” were plotting to kill him and that his actual death was a “setup”.

“He would drop hints about people being out to get him. And at some point he was like, ‘They’re gonna kill me one day’”

YNW reports: Paris is pointing the finger at the Illuminati, popularly believed to be controlling the music industry and much of Hollywood.

“It’s obvious. All arrows point to that. It sounds like a total conspiracy theory and it sounds like bulls***, but all real fans and everybody in the family knows it. It was a setup. It was bulls***.”

Paris was 11 when her father died from cardiac arrest in 2009 caused by a lethal combination of prescription drugs.

Paris blames Murray for her father’s death but claims he was a pawn used by the sinister organization behind the plot on her father’s life – and she says she has proof.

“I definitely do, but it’s a chess game. And I am trying to play the chess game the right way. And that’s all I can say about that right now,” she said.

We have talked before about the U.S. Government’s secret mind-control program named MK-ULTRA. The program had its tentacles in the music industry, and many believe the Illuminati had their sights on Michael Jackson for a long time.

An ex-government agent has even come forward claiming that he was part of a plot to kill The King of Pop himself. 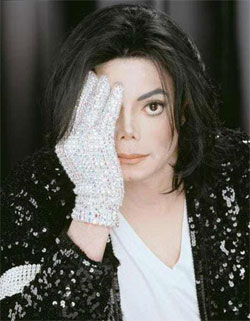 As now confirmed by his daughter Paris, Michael Jackson knew about the plot on his life, and hours before his death told his former manager that a group of people wanted to get rid of him, saying “It’s not the government, it’s more than the government”.

In a bid to prove this claim, a telephone recording is played of the alleged last conversation Michael had with his former manager, Dieter Weisner. In it, he says, “I don’t know if I should tell you this. There may be a group of people, they want to get rid of me, they don’t want me here anymore.”

“I can’t talk about it over the phone, I don’t know what’s going to happen but I just feel… in my soul. Only God knows. They could shoot me, they could stab me, they could frame me and say I overdosed on DRUGS; they can do a lot of things.”

“It’s not the government, it’s more than the government. I don’t know Dieter, I don’t care… they can take me. I don’t even care about my life anymore; I just want my children to be OK, my angels. I want them to be safe.”

He disappears after rumblings of an unrecognized voice. The next day he is found dead and his doctor, Conrad Murray, is arrested for administering lethal doses of propanol.

Michael Jackson often claimed that ‘people more powerful than government’ were plotting to kill him.

LaToya Jackson has repeatedly lobbied the claim that there were other forces at bay. Murray, she says, was the fall guy, and there were people controlling him and everything he did. Ultimately she believed ‘they’ killed him.

But we don’t know who “they” are. The well-formed theory is that ‘they’ whenever ‘they’ are referred to are the Illuminati. The Illuminati are believed to be a society that has roots in the 18th century but are still believed to exist, infiltrating powerful institutions to control the population at large in preparation for the New World Order.

They are popularly believed to be controlling all major musicians and in some cases Hollywood. Actor Randy Quaid believes that they were out to get him, discredit him and even kill him. “Star whackers”, he says, are responsible for killing Heath Ledger, Chris Penn, and David Caradine.

Many still believe there was more to Michael Jackson’s death, and let’s face it miscarriages of justice are not exactly uncommon in the USA, but we’re still waiting out on exactly who ‘they’ are.