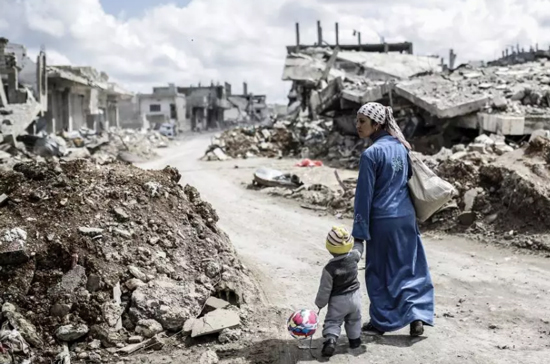 Terror and war have been heavily part of our planet for the last century, and despite the fact that these types of activities don’t seem to be feel natural for the average, empathetic human being, they are still carried out as the world looks on in disbelief and heart break. Who truly wants war?

At the end of the day, these are human beings carrying out the will of another, who would never fight themselves, and this appears to be a form of brainwashing. The purpose of this article is to explore what really is going on and why this is important for us to realize before we can expect change to happen.

We are suggesting that these attacks are conducted by a group of people, working for another group of powerful people, but are blamed on another. In this case, President Bashar Al-Assad and the Syrian government are the ones getting blamed for an attack they likely did not commit. Some even go as far as saying these are staged, in all sense of that term. With regards to the so-called chemical attack, a Russian foreign Minister said: “We have irrefutable evidence that this was yet another performance and that security services of a country which is trying to be in the frontlines of the Russophobic campaign were involved in this performance.”

A lot of things are being said, and it’s up to you to do your research if you’re truly interested in finding out what is really going on.
With that understanding, note that this is still considered a false flag – an event that did in fact happen but one that isn’t as it seems so as to push forward an agenda. False flag events comprise both of real and staged events.

Understanding How and Why

Within the past 10 years alone, it’s amazing how much information has emerged from credible sources about how what we are being told by mainstream media outlets with regards to major events, especially international geopolitics, is simply false.

It’s not hard to believe, take the governments relationship with media, for example. A CIA document states that the CIA task force “now has relationships with reporters from every major wire service, newspaper, news weekly, and television network in the nation” and that “this has helped us turn some ‘intelligence failure’ stories into ‘intelligence success’ stories, and has contributed to the accuracy of countless others”.

Furthermore, it explains how the agency has “persuaded reporters to postpone, change, hold, or even scrap stories that could have adversely affected national security interests or jeopardized sources and methods”. We’ve also seen multiple award winning journalists come out and blow the whistle on government and corporate influence in the media. 9/11 could perhaps be one of the best and most well-known examples. Many people, including academics, and politicians have voiced their concern that the Deep State (within the US government) carried out these attacks in order to justify the invasion of the Middle East. This is why at least half of the American population didn’t believe the official government explanation of the events which transpired that day, not because they are “conspiracy theorists”, but because of all of the evidence. More than a decade later multiple peer-reviewed studies emerge from scientists and engineers emphasizing to the world that there is no possible way that planes could have taken down WTC 1 and 2. Don’t forget about 7 – nothing at all hit that building.

“The global war on terrorism is a US undertaking, which is fake, it’s based on fake premises. It tells us that somehow America and the Western world are going after a fictitious enemy, the Islamic state, when in fact the Islamic state is fully supported and financed by the Western military alliance and America’s allies in the Persian Gulf”, Dr. Michel Chossudovsky, University of Ottawa’s Emeritus Professor of Economics, said at the International Conference on the New World Order, organized and sponsored by the Perdana Global Peace Foundation.

What Happened In Syria

This is why talking about what happened in Syria is important because we know these events are used to infiltrate and supposedly bring democracy to these countries under distress. But again, Americans are putting them in distress so they can go in and invade, making it look completely justifiable, and even humanitarian in the eyes of the masses. Is this what Western “leaders” are really doing?