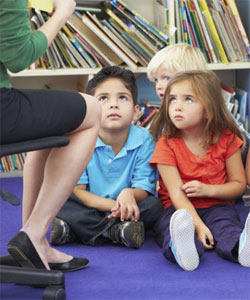 Assessing the problems in American public education and academia elicits standard responses that are generally trite and multitude. “Lack of funding”, or “adequately trained teachers”, often round out the usual replies, yet system-generated solutions to the perceived problems are always external in nature (especially given the problems are themselves system-generated).

The diagnosis of the causes are also consistently external, leading to endless debates over appropriation and methodology, ever and always overlooking the actual problem, that academia as an institution no longer functions the way most perceive it. The very presupposition of the modern debates over education are precisely concerned with how to fix a “broken system”, yet maybe the system is functioning perfectly as it was intended: the goal of public education and academia is not education, but socialization and Pavlovian social engineering.

From its inception, the architects of the American public education system, and its corollary system of “higher education” in the college and university system, were established explicitly for the purpose of reorienting classical modes of pedagogy for “democratic”, “socialistic”, “utopian”, and “egalitarian” techniques of state conditioning that would confer “personhood” on the individual pupil through integration into the collective, allowing for a smoother transition into the Comtean civic religion of scientistic naturalism, paying obeisance to the gods of state, as life would be lived out in the “New Jerusalem” of the public-private cubicle.

These claims are precisely the words of the key founders of American Education, including: John Dewey, J.B. Watson, Horace Mann, James G. Carter, William James, and many others, all intent on inculcating their own religious philosophy of Darwinian scientism, pragmatism and collectivist socialism under the banner of progressive, democratic, secular humanism.

It could more properly be titled Americanist Education, where the goal of indoctrination centers around the installment of the decrepit final end of its Enlightenment origins.

The path to Enlightenment skepticism, deism, rationalism and scientism is directly from the empirical theology that even preceded Aquinas in thinkers like Abelard, and was contemporary with Aquinas in people like Ockham.
Though Thomas was not a nominalist, he accepted the same epistemic starting point of the nominalists, namely, empiricism, and empirical based theology, that, again, derives from the analogia entis. Nominalism is absurd, and certainly worse than Aquinas in many respects, but insofar as they shared the same empirical starting point as Aquinas, they were more consistent. 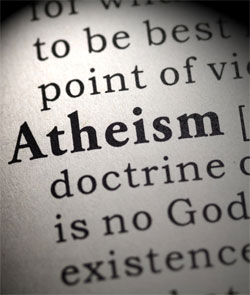 If God is banished from being directly present in the world through His immanent energies, all that is left is a material world of causation with an unknown deity locked within itself. That position is deism, and deism quickly leads to atheism.
If sense-data is the only source of human knowledge, and sense-data is therefore the source of knowledge of God, none of these created causal effects amounts to real knowledge of the divine itself. The divine is never accessed or experienced at all, just a series of created causes. And that is the view of David Hume – that is how Thomism leads to Enlightenment atheism.

Arising from the ancient and medieval conception of the world as a unified whole under the providential governance of Reason and/or God, the birth of the university cultivated learning and the classical method of pedagogy that reflected that same belief in an ordered cosmos.
From this idea arose the term “uni” – “versitas”, a unified whole (See Cardinal Newman, The Idea of a University). Thus, a liberal arts education was grounded in the foundations of grammar, logic and rhetoric, being followed by the more advanced subjects that flow therefrom, arithmetic, geometry, music and astronomy.

This was possible because all facts of man’s experience were interpreted and given meaning within an all-encompassing worldview that saw a Personal Deity (by the Middle Ages) as a unifying metaphysical principle that linked the disparate phenomena of human experience.

By the time of the Enlightenment and the scientific revolution, however, the dominant perspective on education would begin to change, as revolutionary philosophies from the likes of Rousseau, Mill, Jefferson and Comte would reshape the West’s approach to education.
Higher academia too, especially in the U.S., would begin to assume a messianic character that believed in man’s inherent ability to build a global utopia through the proper application of external stimulation and conditioning that was the result of the materialistic pragmatism promoted especially by the British Royal Society (a powerful entity even today in academia).

A survey of their quotes about academia’s true role betrays the overt messianism explicit in their assumptions: 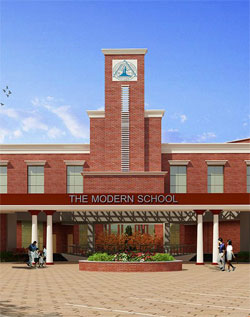 “The Common School is the greatest discovery ever made by man… Let the Common School be expanded to its capabilities, let it be worked with the efficiency of which it is susceptible nine-tenths of the crimes in the penal code would become obsolete; the long catalogue of human ills would be abridged; men would walk more safely by the day…” – Horace Mann

“An institution for this purpose [Public State Schools] would become by its influence on society, and particularly on the young, an engine to sway the public sentiment, the public morals, and the public religion, more powerful than any other in the possession of government.” – James G. Carter

“I believe the Normal School is to be a new instrumentality in the advancement of the human race. I believe that, without them, Free Schools would be shorn of the strength and healing power… like Christianity itself, had they [opponents] waited till the world called for them [Public Schools], or was ready to receive them, they would never have come.” – Horace Mann

“Every school-house should be a temple, consecrated in prayer to the physical, intellectual, and moral culture in every child in the community…” – Henry Barnard

“We must collect states of mind, sentiments, phenomena long since lapsed, psychic facts that appear faintly in a lifetime, and that only in a few individuals, impulses that, it may be, never anywhere arise above the threshold, but manifest themselves only in automatisms, acts, behavior, things neglected, trivial and incidental, such as Darwin says are often neglected. We must go to school to the folk-soul, learn of criminals and detectives, animals… there are no finalities save formulas of development… Evolution has taught the teacher that he or she is the chief agent in the march of progress, and if we are to have a higher type of citizenship, or manhood, or of womanhood in the world, it is to be done by conscious agencies, and those culminate in the teacher.” – G. Stanley Hall 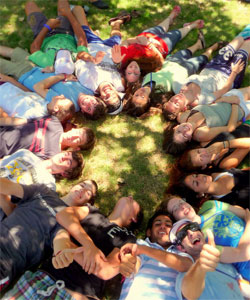 “The public school as a social center is born of our entire democratic movement… a social center means the active and organized promotion of this socialism and of the tangible things of art, science, and other modes of social intercourse.” – John Dewey

“There is an important difference between education with respect to a new social order and indoctrination into settled convictions about that order. The first activity in my judgment is necessary.” – John Dewey

“Democracy must signify a way of life and cannot be limited to majority rule. It is a guiding principle for the formulation of national [education] policy.” – Boyd H. Bode

“In Babylon there was universal education. All people knew how to read and write and figure. That fact provided no safeguard against the obliteration of that civilization. Our one safeguard consists in developing what Franklin Bobbitt of the University of Chicago calls «the large-group consciousness».” – Carleton Washburne

“The behaviorist finds no mind in his laboratory, sees it nowhere in his subjects… If the behaviorists are right in their contention there is no observable mind-body problem and no observable separate entity called «mind» then there can be no such thing as consciousness or its substratum, the unconscious.” – J.B. Watson

“Childhood understood, leading in the promised millennium of peace on earth and good-will among men, will make mankind forget the Babel confusion of its first experimenting, and enter into the mutual understanding of the Pentecost miracle. [Through kindergarten!]” – Elizabeth Peabody

From this survey of merely a few quotes from America’s educational luminaries, we can see a clear agenda at work. Not only was the strategy to make state-mandated education a necessity imposed by law through truancy, the goal was all-encompassing, millennial and religious in character, inculcating in children from the intentional adoption by the state through kindergarten (also borrowed from Prussian Socialism), up to adulthood through the university system, the creedal faith in the power of the apotheosized socialist “democratic” state.
To add fuel to the fire, these educational lights convinced the nation’s leaders to pay for their own indoctrination through taxation, a hurt that is most powerfully felt today in the masses of student loan debt racked up for merely 4 years of “higher education”. 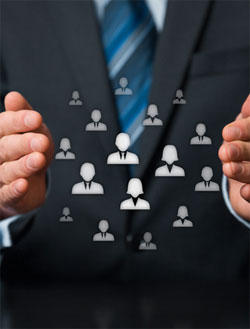 None of this was by accident, as the wealthiest families in the U.S. supported this socialization, and in particular the control of education through controlling education boards, tax-exempt foundations, and even the establishment of entire universities (such as the Rockefellers and The University of Chicago).

This is exactly what the Reece Committee found in its 1952-1954 investigations into tax-exempt foundations and their influence, and in particular in the Committee’s Dodd Report the Ford, Rockefeller and Carnegie Endowments were discovered to be funding Columbia, Harvard, Chicago University and the University of California to implement social engineering and conditioning that would “promote oligarchical collectivism.”

The foundations, however, were merely following suit in what the public school system had always been established to accomplish, in as much as fascism, socialism, communism and Marxism have always been tools of financial elites, according to Dr. Antony Sutton’s Wall Street and the Bolshevik Revolution, Wall Street and the Rise of Hitler, and Dr. Carroll Quigley’s Tragedy & Hope: A History of the World in Our Time. These entities are also linked to the escapades of the Frankfurt School Marxists and their critical theory.

In order to thus solve the “problem of education” the question arises as to the entire system of public education itself, and it is my contention our overblown imperial state has no business in the raising of children to begin with.

In our day, the population is becoming keenly aware of the outrageous corruption that has long nested in Washington D.C., and to think that these managerial kleptocrats are competent for the “fixing” of a “broken system” is merely to prolong the problem. What is necessary is to understand the academic system itself is a Ponzi scheme to load students with masses of debt for an increasingly irrelevant piece of paper that qualifies them to become “social justice warriors” the very icon of perfect conditioning.

What it does not do, is teach sound philosophy and empower the individual student to learn on his own (as it should do) – in fact, it exists to break down morals and all traditional and existing worldviews.

The solution is thus to remove oneself from this entire superstructure, encourage entrepreneurship, and begin to convince behind-the-times corporations to no longer require permission slips (degrees) from statist institutions, but rather to hire on the basis of abilities and skills actually possessed.

In the meantime, we must simply avoid the academic social engineering juggernaut and utilize tools such as the Internet (which is already beginning to make them obsolete) to attain knowledge. Ultimately, this is the fruit of medieval nominalism.