It’s Not a Disney Movie

Real life is not like a Disney movie. We don’t get perfect, crowd-pleasing heroes who perfectly embody every part of the hero archetype.
Thus we seem to be in a highly surreal situation right now, which in this case also stirs up bizarre ancestral memories of quirky kings from aeons past.
The amount of hate we see on a daily basis is utterly sickening, and deeply traumatic. If you believe everything the Cabal is putting out, things have never been worse. 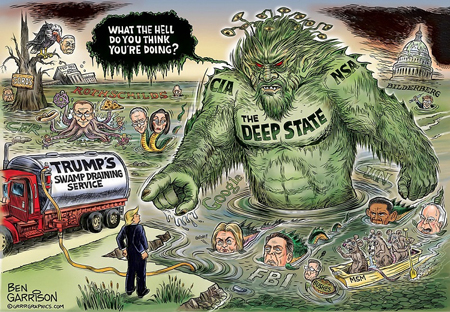 It would appear that we are in a true All is Lost point, globally.
On the spiritual level, this is allowing everyone to process memories in the deep subconscious — from other lifetimes on Earth.
These historical cycles are very important for the practice of forgiveness and soul evolution, as I argue in The Synchronicity Key.
Patterns of events keep repeating and repeating, in very precise cycles of time, until we integrate the lessons they offer.
These lessons invariably revolve around the concept of forgiveness of self and others.

The Whole Thing Seems Quite Ponderous

Again, I have to laugh, as until I got the briefings and saw what the Alliance was doing, I would have never had a single good thing to say about Donald Trump.
There are still a huge number of things that have happened that upset me. Statements and decisions that made me cringe.

Public gaffes that are so outrageous I would audibly groan when I saw them. And so on. You’ve probably had the same experiences. They keep happening.
The media has tried to make it so that there is no middle ground. You are either a “Trump-Tard” or you wildly hate the man.

Anyone who even attempted to create any type of “middle path” was immediately and wildly attacked, defamed and shut down.
It amazes me how wildly some people hate me for simply being optimistic about the idea that this administration might fulfill the Alliance’s long-standing plan for Full Disclosure.

And with the awesome purges going on, the media elite are literally trying to make it impossible for you to hear any dissenting opinions.
That should also give you something to think about, if you can step back, take a breath and think differently for a moment.

So How Do We Turn Around The Whole Russia Narrative

The controlled media fought valiantly to argue that Trump didn’t actually win the popular vote.
Instead, the spoon-fed media sound-bite was that he must have “stolen” the election. How? “Russia. Russia! RUSSIA!!!”
The great old nuclear enemy of the United States, back at it for one more title fight, gunning for the championship belt — the total control of America.

Russia… who made up all this really evil stuff about our “holy immaculate mother”, Hillary, and smeared it all over the internet.
The irony of this was that most people didn’t like Hillary either. For many, it was a choice between two deeply flawed candidates.

Again… if the Democrats really wanted to pick the most likely candidate to win, it would have been Bernie Sanders. He was FAR cleaner and vastly more likable.
Hillary was very unpopular. She was caught in countless, provable crimes that dwarfed Watergate by orders of magnitude.
Yet, the Deep State knew it had to be her. It was surreal in the extreme to watch how she was shoved down our throats.

What’s Worse: You Can’t Even Talk About It! 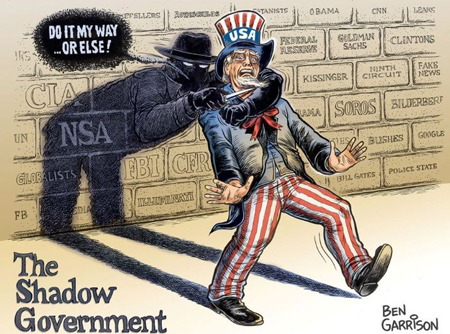 If you still have a hard time thinking anything positive could be happening with this administration, consider this: the Deep State is now fighting so hard that you literally can’t even talk about this administration in any positive way, and be heard online.
The only way you can still have freedom of speech at this point is to run your own website on a private server and have a loyal, long-term following. Anything else, including a site where you have a sub-domain within a larger domain name, is utterly and completely vulnerable.
And if you are writing on any large social media platform or doing videos on YouTube, forget it. You’re done. There is a massive, ongoing, non-stop bloodbath of censorship against ANYONE who dares to say anything that is other than total negativity.

This article from Natural News is one of many that are covering this massive purge just before the midterm elections. Here is an excerpt:

Facebook, Google,YouTube and Twitter are committing massive election fraud with a coordinated purge of conservative and libertarian accounts just weeks before the mid-term elections.
What follows are excerpts from Information Liberation (Chris Menahan) and The Organic Prepper (Daisy Luther):
‘…Hundreds of alternative media site administrators logged onto Facebook to discover that their accounts had been removed. Soon after, many of these sites and their writers found that their Twitter accounts had also been suspended.
Popular pages like The AntiMedia (2.1 million fans), The Free Thought Project (3.1 million fans), Press for Truth (350K fans), Police the Police (1.9 million fans), Cop Block (1.7 million fans), and Punk Rock Libertarians (125K fans) are just a few of the ones which were unpublished.
The fact that many of these accounts were also suspended by Twitter shortly thereafter should tell you that this is a coordinated effort to silence large swaths of the population…’
‘Mark Zuckerberg just shut down 559 pages and 251 accounts — which include tons of massive independent media sites with millions of followers run by Americans — a few weeks out from the midterms.
Jack Dorsey followed it up by banning many of the same independent news sites and the journalists who ran them on Twitter.
The pages included The Free Thought Project, Press For Truth, Anti-Media, Cop Block, Filming Cops, Counter Current News, Right Wing News, Noisy Room, Gun Laws Don’t Work, Reverb Press, Nation in Distress, Clash Daily, Voluntaryist Veterans and many more’.”

If you are totally fine with reading the above, seeing this like a sports game in which the side you don’t like is losing, then you are missing the point.
We have a coordinated operation between mainstream media and social media tyrants literally conducting the largest mass censorship in recorded history.
Let’s say you don’t like Trump, don’t like the right, don’t like the whole thing. Are you still cool with it going this far?

Don’t you feel educated and powerful enough to make your own decisions about what to believe, without having dissenting opinions forcefully sanitized — so your eyes never see them?
Is Facebook’s excuse of “inauthentic behavior” reason enough to kill off The Anti-Media, with 2.17 million followers?

How authentic is the idea of corporate giants completely shredding the freedom of speech guaranteed in our Constitution?
Are you even capable of allowing yourself to get mad about this, even if the victims are people you normally would not agree with?

A couple of months ago, I saw an article detailing how a wide variety of popular pages regarding organic food and healthy eating were also being banned.
The article appeared on Activist Post as of July 13th, 2018.
The list of “purged” sites, with huge followings, is 84 long. (This was before the new purge of a staggering 559 additional pages.)