Editorial staff note: Please use your discernment while reading this article. Although some aspects presented here may be pure fantasies, this text also contains certain pieces of interesting information, therefore we decided to present it to you. 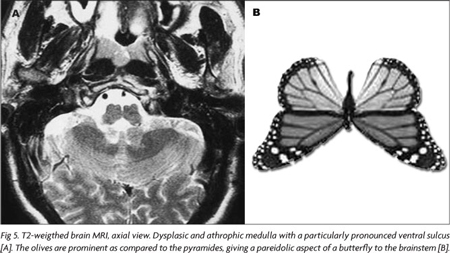 Trauma-Based Mind Control and the Labyrinth, the Multidimensional Nature of DNA

The situation is so complex that organizing the information is sometimes disorienting. This is even part of the manipulation, as well as the sheer complexity of the technological advancement and the methods of manipulation and organization that have been developed through these systems.

Advanced Technology and Conditioning the Psyche for Stress

The origins of the psychological programming and conditioning, some of which is referred to as ‘trauma-based mind-control’ is not to play with and destroy the minds of children. The idea here is that the advanced technology that was developed enabled travel on very long distances and eventually the generation of spatiotemporal distortion fields. These fields distort the energy of the universe which is used as a reference for the mind in this particular temporal and dimensional reference. Thus, one can literally view into different times and places and eventually translocate themselves there.

Enabling the Surpassing of the Limit; Pre-Fracturing the Psyche

Thus, a systematic process of ‘pre-fracturing’ the individual’s psyche was developed and this is related to the trauma-based mind-control.
No one is going to like what I am saying, but I know for fact this is a reality. Why? Because the ones who did not go through this process to such a degree did not pass through these travel and viewing experiences while retaining their psychological fortitude. Only when one has been pushed to the limit, and beyond, in a controlled circumstance can this technology be used to actually experience and unveil what was otherwise the ‘great unknown’.

Within us all, all of time is kept within the DNA, all the previous civilizations, the changes, the rises and falls, the possibilities and the interactions with multi-dimensional awareness and even interdimensional entities.

This society has been primarily managed by interdimensional entities who operate between waking reality and the unconscious mind and ensure continuity as well as a ‘conformity’ which is kind of like a conservative outlook on how life should be and progress in regards to energy and knowledge.

These entities are the ones who have developed this system, people are not capable, no person has the capacity to roam around the interdimensional layers for millions of years transferring, guiding, correcting, or harassing people to guide society. These entities are the basis for this and what has been done to enable gateways between this world and the world of these entities. 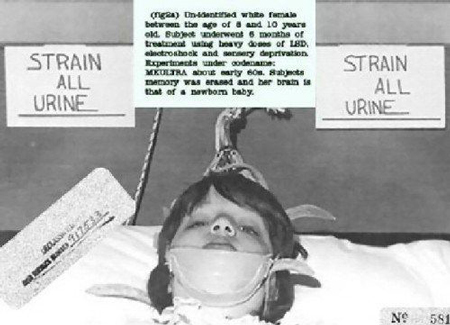 The projects with children sought to enable the powerful energy and creativity that is present in the child to power these devices and for this to work properly the child had to be trained so that their mind would not fracture. The basic idea behind this is that what the child would see, what I and others have seen, is so far beyond the confines of normal waking reality that without some preparation, guidance, protection, or limitation one would undoubtedly go insane. Even with the preparation, insanity is expected, and then controlled the psyche brought back to baseline.

The technology revealed what anyone can see through inner journeying, however, when one journeys organically they will be seeing exactly what is connected to them through their DNA and their life journey, the intentions, expectations, so on and so forth. This technology enabled not only one’s personal DNA memory, but the activation of all possible fields of information that exist in fourth dimension space in between the physical plane of the body and the immaterial plane of the mind, the psyche, and the imagination. As a result, one ‘surfs’ through the layers of realities that exist within the collective unconscious psyche and encounters a control system that is operated by interdimensional entities spanning across multiple parallel realities each with tiny differences in detail and similar in the sense that people have no idea what is actually happening.

A Probability Matrix of Simultaneous Realities

Instead of one reality, there are many simultaneously occurring realities as if a light spectrum is split into a gradient with an array of details and proximity to a “central” reality being displayed across a multitude. That is what we are in. Not a single place with a single civilization and possibilities in the future, but a true “matrix” of probabilities and possibilities that all exist simultaneously depending on which frequencies of the mind one is interacting with and thus enabling through their consciousness.

That is only the basis, then what actually goes on in these various realities, behind the scenes, and how consciousness reflects and literally generates possibilities as if this is some kind of simulation is so far beyond words that it has taken me around 12 months to even begin to scratch the surface.

Time, Consciousness, Reality is an Illusion

The idea is that time is not what we think and could be seen to operate backwards in a way just as much as it does forward. Everything is a reflection, a defraction of some core reality and this reality is like a dream that never ends with death literally being the ‘reset’ point where one’s literal consciousness simply pops from one screen or ‘tracks’ of reality into another. The idea is the higher layers are simultaneously present, yet one doesn’t just finish and go there. That is earned or somehow achieved intentionally or through assistance. The idea is that when one dies, from what we’ve seen, they go nowhere. They simply pop into another simultaneously occurring parallel reality where they didn’t die and this occurs forever, unless the person reaches the state of spiritual liberation.

That is part of the reason people are challenged by this. The very notion of what a human is, of life itself, of consciousness and experience is completely reversed, turned inside out, and flipped upside by the knowledge gained from peering into the ‘unknown’.

So, as a result, there was a search for children who would be able to withstand this and continue. The adults could not, there was too much ‘weight’ of the familiarity of this reality holding the psyche back. For instance, one can enter into of these systems and spend an immeasurable amount of time and experience in another parallel reality only to die in that reality and instantly teleport back to the underground base with a report for the project. This is how deep it goes and it goes even deeper. 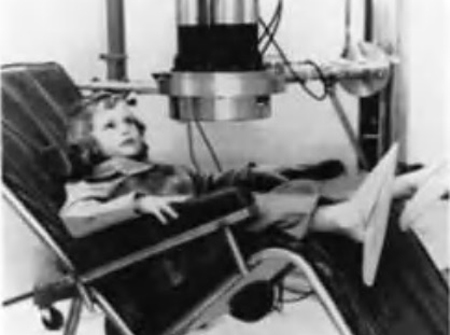 The 5 Dimensional Emergence of Civilization

By doing this, this whole process, people eventually ended up going to alternate realms and times. Eventually. The reports began to line up, and people were interacting with the past. As a result, I’ll let you figure this one out, the past is not what we think it is, nor is time, nor is civilization, nor is anything in this place which is more like a hall of mirrors. However, we have a map. A built-in map. This is aligned through the moral-compass as well as one’s internal refining and directing of energies to reflect the intended layout of one’s experience.

In speaking of moral-compass, this is where things began to go south. Those who saw these programs and took part yet did not have the competence to remain aligned with harmony, free-will, compassion and truth began to degrade and devolve. These individuals devolved into a form of psyche that is non-human and simply seeks more gratification through whatever means.

This is where the abuse, the non-human entities, and the trauma-based mind control became part of a degradation system which was the result of this technology linking together the minds of those individuals with entities that existed in a fourth dimensional state meaning discarnate minds, partial and foreign non-human intelligences that did not have access to a body as a result of falling out of synchronization and harmony with the alignments required to interact on the physical plane. This technology opened a gateway to those layers and groups began exposing individuals to this technology inevitably giving these entities a pathway into this reality.

One explanation is that this is simply because people were assigned to research this aspect of reality and the inevitable result is that the majority of the first people assigned became infected and psychologically hijacked as they were shown “too much” and energetically malformed by these entities who had gained control of the technology and in the same sense, society itself.

An Organic Pathway and a Technological Method

People naturally connect to these layers of mind and if they connect through empathy and harmony on the soul level then they connect higher than just automated biological consciousness which is like a simulated program being run and they connect to a reality beyond this dimension. So when people in society give into the lower dimensional, emotional and mental distortions that can only exist in a partial or distorted perspective of consciousness from these lower physical and four dimensional planes then they are going through the same process, without technology, and connecting to those interdimensional entities.
These operations and projections were designed to ‘test the waters’ and develop a way to liberate humanity and this is still the goal.

Because the situation is so complex and potentially dangerous on a civilization-wide scale, the masses had to be controlled in a way that these entities would not have the option to all at once up and attempt to infiltrate the physical society through the unprotected minds of the people. This is part of the mass mind-control however that too became infiltrated and distorted as every cause seems to have a rebounding effect the pushes the intended response further away. Thus is the paradoxical nature of consciousness in this realm.

The System Attempts to Recreate the Illusion

It was later discovered that there are people in this civilization who are not what they seem and are primarily, literally, hosts for these entities rather than being an actual self-aware, observer agent of the universe.

A Living Simulation, Intelligent and Restrictive

All of this is entangled with previous operations, timelines, and ‘changes’ that ‘slipped’ into time as the result of operations that sought to influence the situation. The universe, interacting as a kind of simulation system, counteracted the intended influences and nullified their effect by creating a disproportionally large counterbalance which made the intended result of full control over the way reality develops harder to reach.

Essentially, the operation is to free humanity from the interdimensional control system that seemingly continually resists the liberation of the observer agents and the system itself interacted to create false-leads, dead-ends, entanglements, and mirrored walls to confuse the whole process and regenerate what is simply a more convincing labyrinth to contain that consciousness.