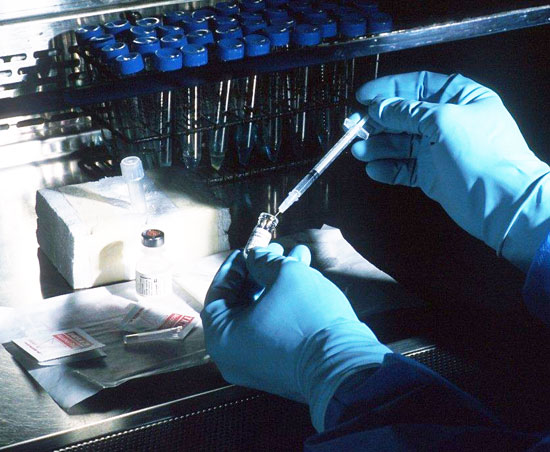 According to the U.S. CDC and FDA, vaccines are “safe”. That’s the motto both have been propagandizing for longer than anyone can remember, but is it true?

Well, consider: “The results of this new investigation show the presence of micro- and nanosized particulate matter composed of inorganic elements in vaccines samples which is not declared among the components and whose unduly presence is, for the time being, inexplicable. A considerable part of those particulate contaminants have already been verified in other matrices and reported in literature as non biodegradable and non biocompatible.”

That candid report is from the research article New Quality-Control Investigations on Vaccines: Micro-and Nanocontamination published in 2017, in Issue 1, Volume 4 of the International Journal of Vaccines and Vaccination. This article is 13 pages in length and should destroy once and for all the pseudo-science and pharmaceutical drivel that vaccines are unanimously safe, effective, and should be mandated for everyone from day one of birth to their grave.

44 vaccines from two countries (France and Italy) were analyzed. The authors, Antonietta M Gatti and Stefano Montanari, state the study was designed and “aimed at verifying a possible physical contamination”. They explain the protocol they used and the results they found.

Thirteen of the 44 vaccines tested contained Aluminum and “organic-inorganic composites” as listed in Table 2 of their report. In some vaccines they found Lead (Pb): the HPV vaccine Cervarix; Agrippal S1; Meningitec; and the HPV vaccine Gardasil.

“Some metallic particles made of Tungsten [W74] or stainless steel were also identified.”

Here’s the Periodic Table of the Elements so readers can identify the compounds mentioned above: 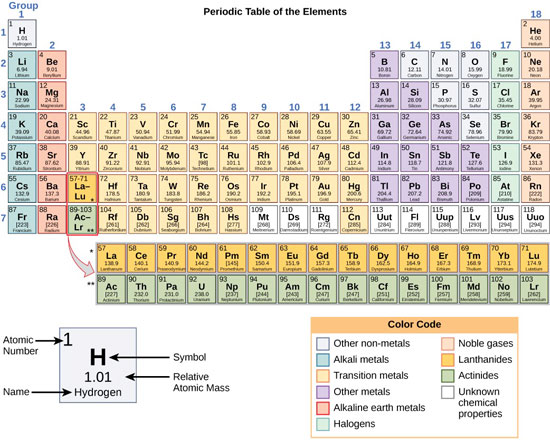 Prevenar (infants 6 weeks to children 17 years) and Infarix (DTaP) are two infants’ and children’s vaccines. They are composed respectively of Tungsten [W], Aluminum [Al], Iron [Fe] but in different concentrations. 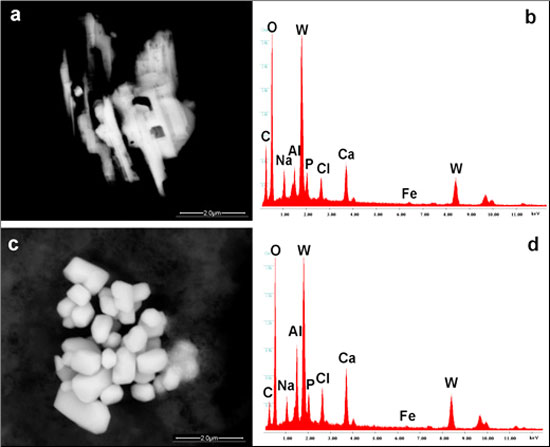 Images of Tungsten particles identified in drops of Prevenar and Infarix.

Regarding the extremely small sizes of the contaminants, the study authors say: “As happens with all foreign bodies, particularly that small, they induce an inflammatory reaction that is chronic because most of those particles cannot be degraded.”

The above findings are of particular interest since the inflammatory process is involved in all brain encephalopathies and all stages of chronic disease formation. Since those particles cannot be degraded, every vaccine a child receives just adds to the toxic body burden building up over the course of all the vaccines a child is given from day one of life until he/she meets the required mandatory CDC/FDA schedule. Is there any wonder why today’s children have the highest demographic for chronic disease than any before them?

But here’s the really truly biochemical horror part: it is impossible not to add that particles the size often observed in vaccines can enter cell nuclei and interact with the DNA. That statement alone ought to be enough to press criminal charges against the pharmaceutical industry and vaccine makers.

In the image below, red blood cells appear, but can’t be identified as human or animal. Unbelievable, Big Pharma, the CDC and FDA promote such shoddy biological products as injectables mandated for infants at 2, 4, and 6 month “well baby” pediatrician visits. There ought to be a law against that.

Image of an area in a Repevax drop where the morphology of red cells (red arrows) were identified. It is impossible to know whether they are human or animal origin. Among the debris of saline and Aluminum phosphate, there is the presence of debris (white arrows) composed of Aluminum (Al), Bromine (Br), Silicon (Si), Potassium (K), Titanium (Ti).

The authors, as part of their Conclusion, state: “The analyses carried out show that in all samples checked vaccines contain non biocompatible and bio-persistent foreign bodies which are not declared by the producers, against which the body reacts in any case.”

The above study results, plus numerous verified fraudulent vaccine research papers and vaccine science reported by the CDC, are more valid reasons for parents rightfully refusing vaccinations for their children.

Furthermore, the U.S. Department of Health and Human Services must issue a moratorium on all vaccines. Also, the Vaccine Court has to be made accountable to all harmed vaccinees.

The National Childhood Vaccine Injury Act (NCVIA) of 1986 must be revisited by the Congress immediately to correct the mistake(s) Congress made in giving vaccine makers a “get out of jail free” card leaving them off the hook for product liability offenses on all vaccines.

The Cashless Society: The Hard Road Towards ‘An Easier Way To Pay’