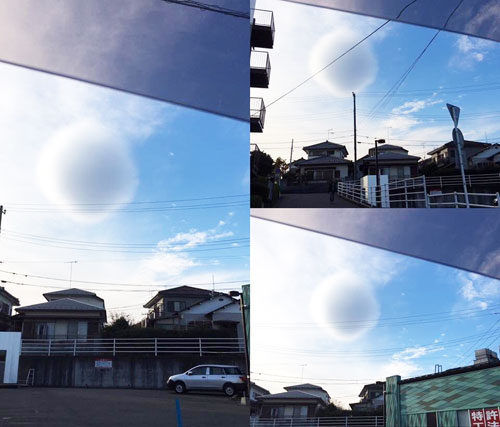 This mysterious perfectly spherical cloud was seen hovering over the city of Fujisawa, Japan on December 6, 2016.

Look at this incredible looking globe cloud. It was apparently seen on the sky over Fujisawa in Kanagawa Prefecture near Tokyo’s southern border.

It is not the first time such a cloud is seen in Japan. In November 2015, another one was spotted in Fukushima. 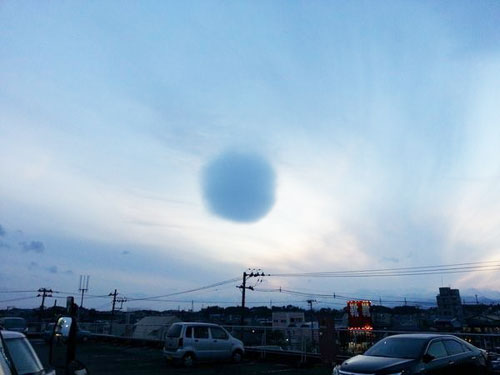 This picture of a similar round cloud was taken over the city of Koriyama in the prefecture of Fukushima in November 2015.

The fluffy ball cloud is so weird looking, that many people are questioning the authenticity of the photograph. Of course! But the woman who took the picture says she shot it from her car and did not edit the image at all. 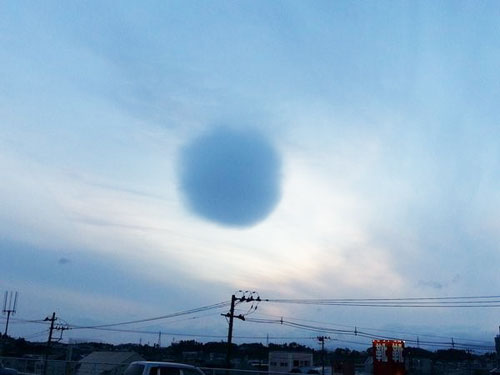 This perfectly round cloud was seen in the city of Koriyama, in the prefecture of Fukushima, in November 2015.


“When I looked out of the car window I saw a round ball-shaped cloud. I gazed at the cloud for a while then I rushed to take the photo. When I saw the cloud it was an even more spherical shape, so I regret not taking the photo more quickly.” 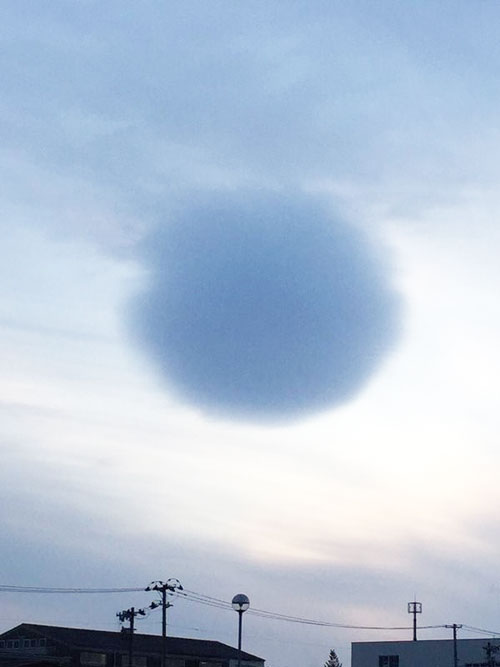 The round cloud, in 2015, in Fukushima Prefecture

What would cause such a strange cloud formation? Some climate experts commented that this cloud probably falls under a “roll cloud” category. It “forms under wind created from a ‘mountain wave’ (or airstreams going over mountains) on a windy day”.
According to Wikipedia, “roll clouds are formed by outflows of cold air from sea breezes or cold fronts.”

Why Can’t We Focus More On All Of The Good News In The World?