NASA Found That Everything The Bible Says Is True 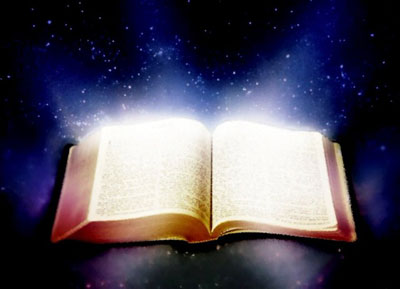 NASA’s recent discovery shed new light on what the Bible says, thus confirming that these biblical stories are in fact true.

In the words of Mr. Harold Hill, the President of the Curtis engine Company in Baltimore, also a consultant in space programs: “One of the most amazing things that God has for us today happened recently to our astronauts and space scientists at Green Belt, Maryland”.

Scientists were inspecting the positions of several space objects including the Sun, the Moon and the planets and their positions in 100 and 1000 years – this is done regularly in order to prevent our satellites from colliding with the orbits of the planets. The orbits have to be determined on time so that the space projects do not interrupt their course. During the computer calculations, a red signal put everything at a standstill, meaning that something was wrong, either with the data or the results. After the intervention of the service department, the scientist concluded that somewhere in space a day was missing in elapsed time!

Nobody could solve the issue until one Christian explained that in Sunday school they were told about the Sun standing still. Of course, no one believed, but when the man took the Bible, he opened the book of Joshua and a pretty absurd statement made a lot of sense.

They read the passage when God said to Joshua: “Fear them not, I have delivered them into thy hand; there shall not be a man of them stand before thee.” (Joshua 10:8).

Joshua was worried because he was surrounded by the enemy, and if darkness fell, he’d be conquered. So Joshua asked the Lord to make the sun stand still! That’s right. “And the sun stood still and the moon stayed, until the people had avenged themselves upon their enemies. Is this not written in the book of Ja’-sher? So the sun stood still in the midst of heaven and hastened not to go down about a whole day.” (Joshua 10:13).

The scientists soon concluded that this was the missing day. They examined the computer calculations and found that the time missing was in fact 23 hours and 20 minutes, which doesn’t make a full day like in the book of Joshua.

After reading the Bible again, they saw that it said “about (approximately) a day”. Although the Bible was true, they were still missing 40 minutes which had to be accounted for, because if not, it could create problems 1,000 years from now. The Christian then remembered something in the Bible which said that the Sun went backwards. No one believed again, but then they opened the Bible and were proved wrong.

Hezekiah was visited on his deathbed by Isaiah the prophet, who told him that it’s not his time yet. Hezekiah asked for a sign, and Isaiah asked if the Sun would go forward ten degrees, or go back ten degrees? Hezekiah answered: “It is a light thing for the shadow to go down ten degrees; nay, but let the shadow return backwards ten degrees.”

“And Isaiah the prophet cried unto the Lord, and He brought the shadow ten degrees backward, by which it had gone down in the dial of Ahaz.” 10 degrees equals 40 minutes! The 23 hours and 20 minutes from Joshua and the 10 degrees (40 minutes) in the two kings accounted for the missing day!

Eleven things you need to let go of to be happy