Natural chemical in a variety of plants, such as sugarcane, may help you sleep 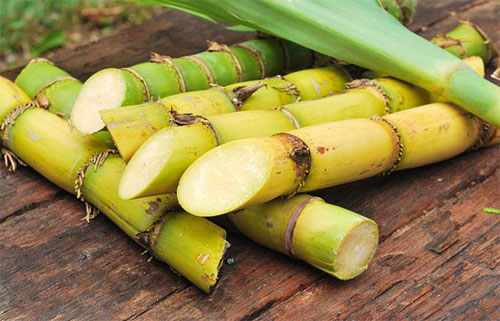 Have you ever felt so stressed that you can’t sleep? Here’s good news. A study showed that natural chemicals commonly found in sugarcane and other natural products may help reduce stress and improve sleep, as reported by the Science Daily.

Sleeping, just like eating, drinking, and breathing, is a basic human need. However, socio-economic factors, stressful jobs, and environment affect people’s sleep. Oftentimes, it leads to sleep deprivation. Lack of sleep causes a lot of stress, and stress itself is one of the major causes of sleep loss or difficulty in falling asleep. Some people have tried to solve this by taking sleeping pills; however this does not address the stress component and often have side effects.

The researchers from the International Institute for Integrative Sleep Medicine (WPS-IIIS) at the University of Tsukuba found that octacosanol reduced stress and restored stress-affected sleep back to normal.

Octacosanol, a waxy substance naturally present in some plant oils, is the primary component of the sugarcane extract called policosanol. It is commonly found in various foods such as sugarcane, rice bran, wheat germ oil, and bee wax.
The researchers investigated the effect of octacosanol on sleep regulation in mildly stressed mice by oral administration. It was found that octacosanol reduced corticosterone level in blood plasma, which is a stress marker.

The mice that were administered with the octacosanol had their normal sleep back, which was previously disturbed by stress. The researchers then claimed that the nutrient lessened the stress in mice and normalized the previously stress-affected sleep in mice.
The sleep induced by octacosanol was similar to natural sleep and physiological in nature. Yet, the authors of the study claimed that octacosanol only affects the sleep of mice and not of normal animals.
The findings showed that octacosanol is an active compound that potentially reduces stress and increases sleep. In addition, it has the potential to be useful for therapy of insomnia caused by stress.

A good thing about octacosanol is that it is a food-based compound which means it can be considered safe for human use as a therapy. It is also believed to have no side effects.
Despite the results, further clinical studies are needed to be carried out to actually prove its effect on humans for its stress-mitigation and sleep-inducing potentials.

“Future studies include the identification of target brain area of octacosanol, its BBB permeability, and the mechanism via which octacosanol lowers stress,” Mahesh K. Kaushik, lead author of the study, told Science Daily.
Policosanol, the crude extract, and octacosanol were already used in humans for different medical conditions. Octacosanol and policosanol supplements are used by humans for lipid metabolism, lowering of cholesterol, or providing strength.

Being sleep-deprived can affect both the brain and cognitive function. When someone is sleep deprived, they may experience fatigue, clumsiness, or crankiness.
According to an infographic released by the National Institues of Health (NIH), about 50 to 70 million American adults have sleep or wakefulness disorders, while 70 percent of high school students are not getting enough sleep on school nights.

Research indicates that sleeping less than seven to eight hours each night, irregular sleep schedules, or poor quality of sleep had been associated with many health risks such as heart disease, stroke, diabetes, obesity, cancer, and high blood pressure.

Moreover, sleep disorders reduce the body’s response to flu vaccine, increase stress on the heart, and increase insulin resistance and risk of diabetes.