New study backs up reports of near-death experiences, claiming that consciousness continues to work after the heart has stopped 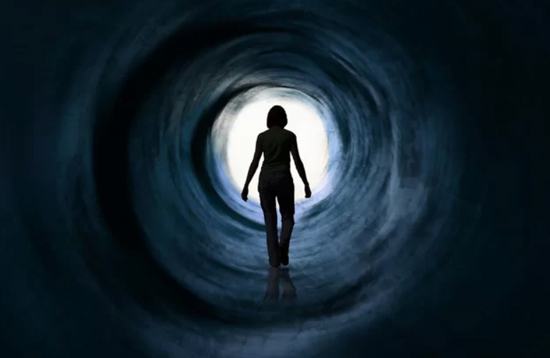 Imagine lying on a hospital bed, closing your eyes, and then being able to hear the doctors announce your own time of death. If this sounds strangely familiar to you, perhaps you’re thinking of the countless testimonials of people who lived near death experiences.

Scientists have discovered that even after a person’s body stops showing signs of life, their consciousness continues to work, meaning that in theory, hospital patients are able to hear the doctors announce their time of death.

A team of researchers from New York University Langone School of Medicine recently observed people who suffered cardiac arrest and then came back to life in order to find out more about what happens after we die. The study’s author, Dr. Sam Parnia, explained the team’s findings to Live Science: “They’ll describe watching doctors and nurses working and they’ll describe having awareness of full conversations, of visual things that were going on, that would otherwise not be known to them.” Dr. Parnia added that the recollections were all verified by medical and nursing staff.

Doctors have traditionally defined death based on when the heart officially stops beating and blood stops flowing to the brain. “Technically, that’s how you get the time of death – it’s all based on the moment when the heart stops” Dr. Parnia explained. “Once that happens, blood no longer circulates to the brain, which means brain function halts almost instantaneously. You lose all your brain steam reflexes – your gag reflex, your pupil reflex, all that is gone.”

The idea that you remain conscious in the moments after death really is like something out of a horror movie, and it becomes even more terrifying when you put yourself in that situation. Imagine what it would be like to hear doctors talking about your death, but not being able to move or respond in any way; no longer living, but thinking as if you were. For these reasons, the revelation that consciousness continues after death is both unsettling and also a significant discovery for the scientific community that will no doubt have a large impact on future research.

Recently, Daily Express published an article on this very topic, and included several stories of individuals who have passed away, come back to life, and then decided to share their experiences with others. One such person, who remained nameless, experienced one of these out of body experiences after a suicide attempt. “I remember feeling terrified”, the person explained. “It was so dark and I could not see anything below me, so it was hard to figure out what was going on.”

While this particular individual had a rather negative life-after-death experience, not all of the accounts that the Daily Express mentioned were bad. Indeed, one person, who goes by the name of Richard, explained that he didn’t feel any pain whatsoever after collapsing from a seizure. Rather, he told about how he felt a sense of peace as he made his way closer and closer to a bright light. Yet another person named Alexander also said that he had a relatively positive experience, feeling a sense of warmth and happiness as he moved closer to what he described as a “bright light almost like at the end of a tunnel”.

This study, along with all of these accounts of people who have experienced life after death, will no doubt change the way research on the issue is conducted in the future, and it could even change the way in which we define death itself.