Nikola Tesla’s Time Travel Experience: ‘I Could See Past, Present And Future Simultaneously’ 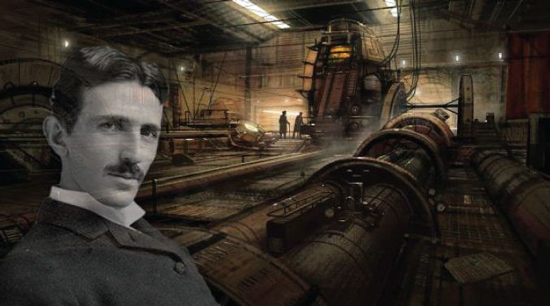 Nikola Tesla was very interested in time travel. He worked on a time machine and reportedly succeeded, saying: “I could see the past, present and future all at the same time”.

The idea that humans are able to travel in time has captured the imagination of millions around the globe. If we look back at history, we will find numerous texts that can be interpreted as evidence of time travel.

When Albert Einstein published his theory of relativity in 1905, it created a buzz in the scientific community, opening the page for many questions such as: “Time travel, a possibility?”.

There is also evidence of time travel in the Bible according to Erick von Daniken: “In the Bible, the prophet Jeremiah was sitting together with a few of his friends, and there was a young boy. His name was Abimelech, and Jeremiah said to Abimelech: ‘Go out of Jerusalem, there is a hill and collect some figs for us’. The boy went out and collected the fresh figs. All of a sudden, Abimelech hears some noise and wind in the air, and he becomes unconscious, he had a blackout. After a time, he wakes up again, and he saw it was nearly the evening. So when he runs back to the society and the city was full of strange soldiers. And he says: ‘What’s going on here? Where are Jeremiah and all the others?’ And an old man said: “That was 62 years ago’.” It’s a time travel story written in the Bible.

According to reports, in 1895 Tesla made a shocking discovery suggesting that time and space could be influenced by magnetic fields.
Disclose.tv reports: “A part of the admission had come from Tesla experimenting with radio frequencies along with power transmission through the Earth’s atmosphere. The discovery would many years later lead to the Philadelphia experiment along with time travel programs. However, a long time before the top-secret military programs were even thought about Tesla had already made some discoveries that were fascinating in regards to nature of time and the possibilities of being able to travel through time.”

The experiments of Tesla in high voltage electricity along with magnetic fields led to him discovering that time and space may be deformed to essentially create a door that may lead to another time. With the discovery, Tesla then went on to discover, through his own personal experiences, that traveling through time came with some real dangers.

Tesla Was Said To Be Hit By 3.5 Million Volts Of Electricity

The very first experience that Tesla had with traveling in time occurred in March 1895. A New York Herald reporter wrote that he found the inventor sitting in a café after he had just been hit by 3.5 million volts of electricity. The reporter said that Tesla had told him that he would not be very pleasant company to be around due to the fact that he had almost died. He went on to say that a three-foot spark had jumped into the air and hit him on the shoulder.

Tesla went on to tell the reporter that if it had not been for his assistant turning the power off straight away he would have been killed. Tesla went on to tell the reporter that when he was in contact with the resonance from the electromagnetic charge he had found that he went out of his space and time window. He said that he had been able to see the past, the present and the future at the very same time. He admitted that he had been paralyzed in the electromagnetic field and so he had been unable to help himself. Thankfully his assistant had been beside him and had been able to turn off the power before any severe and permanent damage had been done.

Incident Said To Be Repeated In Philadelphia Experiment By US Navy

Many years later the repetition of the exact same incident occurred during the Philadelphia Experiment. However, this led to sailors being left outside of the window space reference for a long time and this, of course, had results that were disastrous.

The Philadelphia Experiment was the alleged military experiment which was said to have been carried out by the US Navy in 1943. It was said that the escort the USS Eldridge had become invisible to enemies. However, the US Navy has always said that no such experiment happened and the claims of the ship becoming invisible did not conform to physical laws.