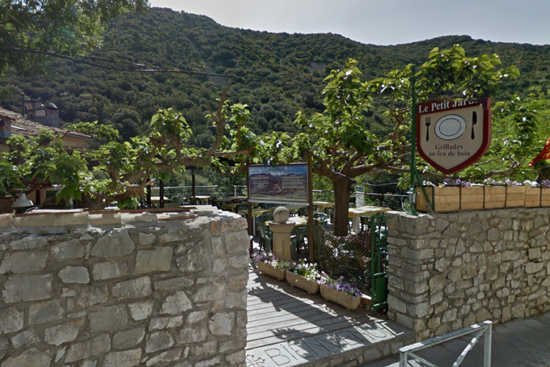 Going out to dinner can be an awesome experience. It can be fun, connective, and most importantly, you get to eat a delicious meal that someone else so graciously prepared for you. What’s going on at the dinner table can differ from culture to culture as well, each with their own set of traditions and norms.

Some of the best meals are offered in France, as they not only prepare some really wonderful dishes, but craft a beautiful dining experience in general. You could tell that people have a passion for cooking, and each restaurant has its own unique vibe, as chain restaurants aren’t as common in France as they are in North America. Plus, most of the portions are actually suitable for one person. 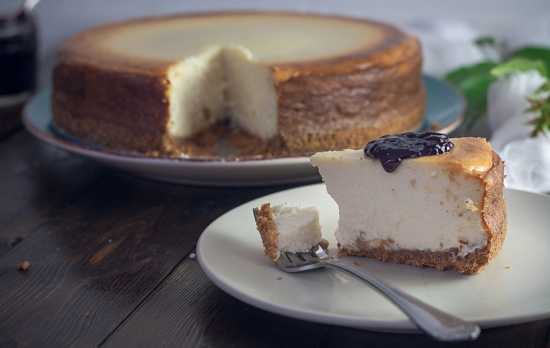 One favorite part about eating anywhere in Europe is the experience. For many Europeans, meals are spent with family, friends, or colleagues, and are a very social experience. Lunch breaks often last for hours at a time because they enjoy large and long meals together.

So, when a French restaurant banned cell phones, this wasn’t exactly surprising! Although cell phones are wonderful tools that connect us with people at a distance, they can also, ironically, encourage social disconnect, and take away from the present moment. But this restaurant didn’t just stop at cell phones, it also banned ketchup and Coca-Cola.

The French Restaurant That Took a Stand Against Phones, Ketchup, Coke and Mayo

Have you ever done something so outrageous in a restaurant that management actually had to kick you out? Maybe you got a little too rowdy with some friends, or complained too much about a meal? Well, in this French restaurant, you’ll be given the boot for just using a cell phone, eating ketchup, or sipping a Coke.

Located in the South of France, Le Petit Jardin has implemented a “two strikes and you’re out” rule against cell phones. The first time you’re caught using your phone at the table, a server blows a whistle at you and you get a yellow card as a warning. If you’re caught again? You don’t just get a red card, you literally get kicked out. 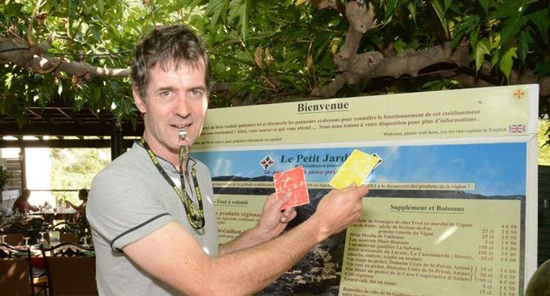 The owner of the restaurant, Jean-Noël Fluery, explains that the ban on cell phones was implemented in order to make the atmosphere more enjoyable, social, and family-oriented. It’s pretty easy to imagine how this could totally change your dining experience with friends or family.

How many times have you been mid-conversation with someone, and you’re deep into your train of thought and halfway through telling a lengthy and heart-wrenching story, when all of a sudden the person you’re speaking to looks up from their phone and says: “What?”. Then, in that moment, you realize they haven’t been listening the entire time.

Well, if you visit this special little restaurant in France, no longer will you have to endure the feeling of being ignored by a companion who’s using their cell phone as you’re talking to them.
“We explain the rules to them all when they come in” Fluery stated. “People accept having to turn their phones off when they go to the cinema or the theatre, so why not restaurants?”

So, how are people reacting to this mandatory no cell phone zone? Some people obviously adhere to the rule, turning off their cell phones when they get to the restaurant. However, others have left upon learning that they need to put down their electronic devices while enjoying their meals.

Fluery noted that most of the people who don’t support the rule are teenagers: “We’ve received some unpleasant comments on our Facebook page from young people who did not appreciate the ban on mobile phones and have not appreciated being shown a card in front of others. That’s a good publicity for the establishment!”

As per the bans on Coca-Cola, ketchup, and even mayonnaise? The restaurant’s reasoning is simply to support local, taking the spotlight off of the typical big brands you’d find at other restaurants. “We do it to promote local produce. We have good local fruit juices here that people can drink instead of Coke and we have Moutard a l’ancienne instead of ketchup”, Fleury explains.

Let’s be honest, that’s probably a lot healthier than consuming Coca-Cola or ketchup.

At this particular restaurant, gone are the days of posting every meal on Instagram. Instead, they’re focusing on inspiring more human connection and less internet connection. Is that the right business move? Probably not, but it’s clearly more about increasing connectivity and encouraging people to live in the present moment than it is a PR stunt.

It’s definitely possible to engage in great conversation and live in the present moment while still posting a picture of your meal on social media, but it’s important to put the cell phone down once in a while, especially in social settings.
The entire point of being with friends and family is to connect with them, so why would you need your cell phone to do so? Sure, it’s awesome to capture the moment with a photo or a video, but you don’t need to be glued to your phone when spending time with others. 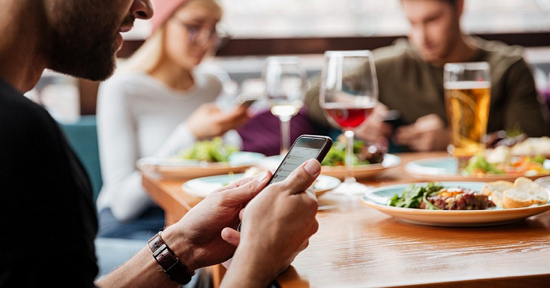 This is an issue we see in society all the time — cell phones often separate us from connecting with the people we’re spending time with or simply the people around us because we’re too busy staring at them to actually pay attention to our surroundings.

So, even if you’re not going to be in France any time soon or you really just don’t want to visit this restaurant, maybe we could take some pointers from them? Try putting your cell phone down for your entire meal, and maybe consume a little less ketchup and pop. Your friends, family members, and stomach will surely thank you.

Nikola Tesla’s Time Travel Experience: ‘I Could See Past, Present And Future Simultaneously’