On issues mattering most, The Times shamelessly publishes state and corporate propaganda, pretending it’s all the news fit to print.

Along with other media scoundrels, it long ago lost credibility, why alternative sources of news, information and analysis are growing at their expense. Following reliable ones is the only way to stay informed – essential in today’s dangerous world.

The Times and other media scoundrels misinform, distort, distract and lie, vital hard truths banished from their reporting – fake news is their specialty.

Google and Facebook intend to halt what they call “fake news” claiming it’s to counter misinformation. What if their real aim is censorship? Will other online companies operate the same way? Is free and open Internet content at risk? Will reliable alternative media sources be targeted for elimination?

Will dark forces controlling America only let their message be disseminated, destroying the essence of democratic free expression? 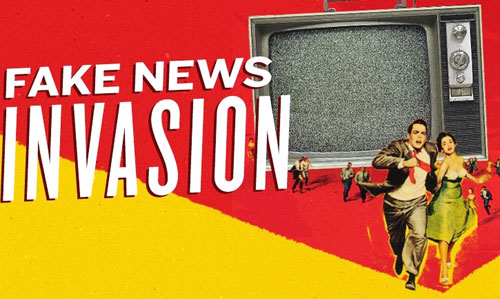 Never before in America and other Western societies was it so urgent to stay vigilant about growing tyranny replacing fundamental rights – none more important than speech, media and academic freedoms. Without them, all others are at risk.

Does the NYT advocate what demands denunciation? It appears so from a November 2016 editorial, headlined Facebook and the Digital Virus Called Fake News, the title indicating disturbing content to follow, saying:

“Millions of people are taken in by fake news stories… spread on social media sites” – what Times editors call a “scourge” claiming “internet companies like Facebook and Google… made it possible for fake news to be shared nearly instantly with millions of users and have been slow to block it from their sites.”

“Fake news”, according to Times editors, is content disagreeing with what the self-styled “newspaper of record” reports. “Real news” is daily rubbish it publishes – a cesspool of misinformation, distortions and Big Lies on major issues mattering most.

Their solution is what Edward Herman and Noam Chomsky discussed in their book, titled Manufacturing Consent: The Political Economy and the Mass Media – explaining how media scoundrels manipulate and control public thinking and perceptions by filtering news and information.

Acceptable “residue” only is reported. Dissent is marginalized. Government and dominant private interests alone are served.

In his 1928 book titled Propaganda, Edward Bernays said it’s possible to “regiment the public mind every bit as much as an army regiments their bodies”.
“If we understand the mechanism and motives of the group mind, is it not possible to control and regiment the masses according to our will without their knowing about it?”

The Times says these vital reports are “hoaxes” claiming “dissemination of (what it calls) fake news on Facebook… has been a longstanding problem” advocating “blocking” it – censorship by any standard while ignoring it own daily “fake news” on issues mattering most.

News consumers in America and other Western societies are relentlessly carpet-bombed with scoundrel media-proliferated “fake news”.
Tune them out. Ignore their publications. Choose reliable alternative sources for news, information and analysis.

New Evidence On Why You Should Never Go To Bed Angry