New Evidence On Why You Should Never Go To Bed Angry

Don’t go to bed angry. Now there’s evidence for this proverb: it’s harder to suppress bad memories if you sleep on them.

The discovery could reveal new ways to treat people who suffer from conditions like post-traumatic stress disorder, and reinforces an earlier idea that it is possible to suppress bad memories through sleep deprivation.

“The results are of major interest for treating the frequent clinical problem of unwanted memories, memories of traumatic events being the most prominent example” says Christoph Nissen at the University of Freiburg Medical Center in Germany, who was not involved in the work.

In the study, 73 male students memorized 26 mugshots, each paired with a disturbing image, such as a mutilated body, corpse or crying child. The next day they were asked to recall the images associated with half the mugshots and actively try to exclude memories of the rest of the associated images. 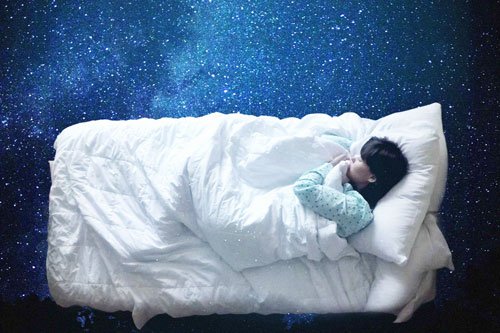 The group were then directed to memorize another 26 pairs of mugshots and nasty images. Half an hour later they again thought about half the associated images and actively suppressed memories of the rest.

Finally, they were asked to describe the image associated with each of the 52 mugshots. The idea was to see if trying to suppress a bad memory works better before or after sleep.

The participants struggled most to forget the disturbing images they saw on the first day and then tried to suppress, hinting that sleep makes it harder to erase bad memories.

“We suggest that people try to get a bad memory out of their minds as soon as they can, not to think about it too much, and especially not to sleep on it” says Yunzhe Liu, who worked on the study at Beijing Normal University in China, but is now at University College London.

Scans of the students’ brains showed that different regions were involved in actively dispelling images from their minds before and after sleep. For instance, when they tried to forget the images they had learned just 30 minutes previously, the task relied mainly on activity in the hippocampi – the brain’s memory hub.

After a night’s sleep, the task required activity in a much more diverse set of regions, including more evolutionary advanced “thinking” parts of the brain.

This implies that bad memories get consolidated across several brain regions during sleep, making them harder to erase. But it also suggests that sleep deprivation could be used to prevent bad memories from sticking around.

However, the key factor in the study may not be sleep, but the passage of time. “Future research is needed to disentangle mere time-dependent effects from sleep-specific brain activity for targeted forgetting” says Nissen. He also says it would be useful to know whether the forgetting patterns are the same for good or neutral memories as they are for unpleasant ones.