In the days before the election of Donald Trump as president of the United States, for many who were just waking up to the level of deep state tinkering perpetrated through US presidential ‘elections’, the Hillary Vs. Trump scandal was an attention-grabbing, yet distracting façade creating a great hullabaloo out of a mind-controlling, prototypical occult agenda. 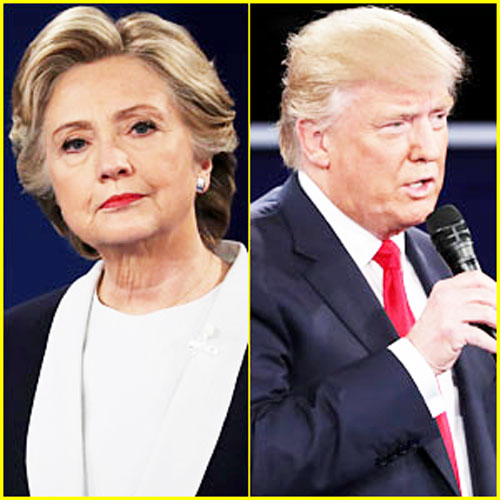 A History of Deceit

We could stop our investigation at the whistleblower statements of hacker, Clinton Eugene “Clint” Curtis – an American attorney, computer programmer and ex-employee of NASA and ExxonMobil, who said he was hired by a congressman to build software which would secretly rig an election by a slight percentage, but there is so much more to the story.

We could also stop our inquiry into rigged elections, and the hand-tying of presidents-elect with the assassination of John F. Kennedy, or the attempted assassination of Ronald Reagan just 69 days into his presidency.

It is largely accepted that Lee Harvey Oswald did not act alone in President Kennedy’s assassination. Whether you believe it was the CIA, the KGB, Lyndon B. Johnson, or a way to shut up a president who was about to reveal all he knew about aliens, most conspiratorial attempts to explain Kennedy’s death also include JFK’s anger toward the ‘hidden-hand’ that was controlling wars, the US Federal Reserve, and the numerous shady deals of the Illuminati who likely had him exterminated.
What is agreed upon by most everyone, is that the official narrative is completely fabricated.

If you were around during Reagan’s presidency, you might recall that the family of the man charged with trying to assassinate Reagan had deep ties with President George Bush, and had made large contributions to the Bush campaign.

Looking Past the Puppets

You could have stayed distracted with Hillary Clinton’s health or Donald Trump’s outlandish, narcissistic comments, or, you could have begun to look at who was (and still is) pulling their strings.

Dr. Joseph Farrell, an Oxford educated historian, wanted you to look a little deeper. It isn’t even the lobbyists who control the ultimate position of the ‘free’ world, but a deeply Satanic, occult-worshipping class of individuals who is deciding how you will be led by your nose to your own demise.

Farrell pointed to the pedophilia scandals that keep surfacing in the US, the UK and in the Vatican. He said that the people who try to connect the dots concerning this darkness and its ties to our elections end up dead. Case-in-point, Ted L. Gunderson, ex-chief of the FBI, who exposed chemtrails, among other things (as Satanic abuse and paedophilia in high level occult circles from our society) is thought to have been poisoned.

He also believed that the ‘mock’ sacrifices, such as the show at CERN’s headquarters and similar ‘leaks’ were required – that this group of occult, Satan worshipers must tell the world what they are doing, or are about to do in some fashion as a form of disclosure to meet a possible ‘free will’ requirement.

Considering that a temple to Baal, thought to express Lucifer’s origins, was almost to be erected in New York city, Farell could have been on to something.
It mattered little who was going to win the ‘election,’ since it was rigged to place a puppet in the palace who was going to keep his/hers mouth shut on certain issues, and promote the divisive, transhumanist, eugenicist agenda of a Satan worshipping elite.

At some point, you can’t keep blaming the Russians for DNC leaks. You also can’t discount the reach of deep state cutouts that do their bidding for someone (or something) that may not even reside on this planet.

As president Woodrow Wilson once said:
“Since I entered politics, I have chiefly had men’s views confided to me privately. Some of the biggest men in the U.S., in the field of commerce and manufacturing, are afraid of somebody, are afraid of something. They know that there is a power somewhere so organized, so subtle, so watchful, so interlocked, so complete, so pervasive, that they had better not speak above their breath when they speak in condemnation of it.”

As Farell pointed out, even if Trump had lost the election, he was revealing some alternative news points that were about to remain important even after the 2016 election.

If you are still arguing whether America is locked in a two-party system, you are entirely missing the point.

FACEBOOK: A CIA-controlled Social Network Run By A Boy Tyrant