Our Universe May Be a Matrix-Like Computer Game Designed By Aliens, Says NASA Scientist 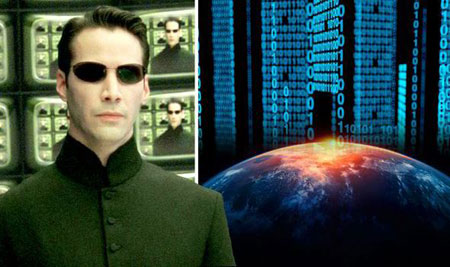 Welcome to The Matrix. You’ve lived here all your life. Everything you have ever done or will do could simply be the product of a highly-advanced computer code. Every relationship, every sentiment, every memory could have been generated by banks of supercomputers.
This was the terrifying theory first proposed by British philosopher Nick Bostrom. The shocking hypothesis was penned four years after Andrew and Lana Wachowski wrote and directed The Matrix, a film set in a dystopian future in which humans are subdued by a simulated reality.

In his paper, Dr. Bostrom suggested a race of far-evolved descendants could be behind our digital imprisonment. The futuristic beings – human or otherwise – could be using virtual reality to simulate a time in the past or recreate how their remote ancestors lived.

Sounds crazy? Well, it turns out NASA thinks Dr. Bostrom might be right. The Standard Model of Physics does not yet hold an explanation for the force of gravity. “Many theorists have spent a lot of time trying to figure out how you explain this”, says Rich Terrile, director at NASA.

Terrile, director of the Centre for Evolutionary Computation and Automated Design at NASA’s Jet Propulsion Laboratory, has spoken out about the digital simulation. “Right now the fastest NASA supercomputers are cranking away at about double the speed of the human brain,” the NASA scientist told. “If you make a simple calculation using Moore’s Law (which roughly claims computers double in power every two years), you’ll find that these supercomputers, inside of a decade, will have the ability to compute an entire human lifetime of 80 years – including every thought ever conceived during that lifetime – in the span of a month.

In quantum mechanics, particles do not have a definite state unless they’re being observed. Many theorists have spent a lot of time trying to figure out how you explain this. One explanation is that we’re living within a simulation, seeing what we need to see when we need to see it.

What I find inspiring is that, even if we are in a simulation or many orders of magnitude down in levels of simulation, somewhere along the line something escaped the primordial ooze to become us and to result in simulations that made us – and that’s cool.”

The idea that our Universe is a fiction generated by computer code solves a number of inconsistencies and mysteries about the cosmos. 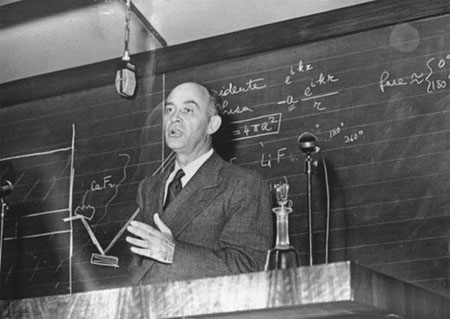 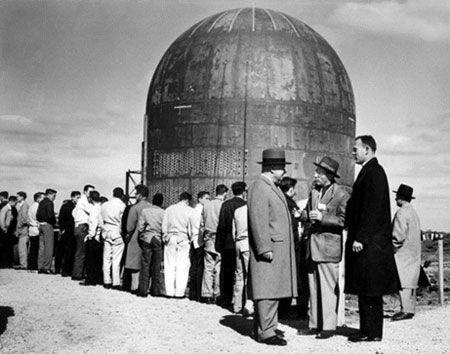 The first is the Fermi Paradox – proposed by physicist Enrico Fermi during the 1960s – which highlights the contradiction between the apparent high probability of extraterrestrial civilizations within our ever-expanding universe and humanity’s lack of contact with or lack of evidence for, these alien colonies. “Where is everybody?” Mr. Fermi asked.

Another mystery explained by Dr. Bostrom’s Matrix-like theory is the role of Dark Matter.
US theoretical cosmologist Michael Turner has called the hypothetical material “the most profound mystery in all of science”. 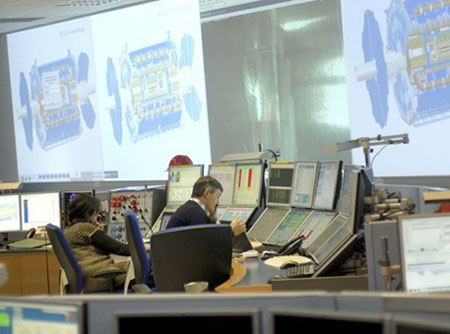 A scientist works within the ATLAS control room, part of the Large Hadron Collider facility 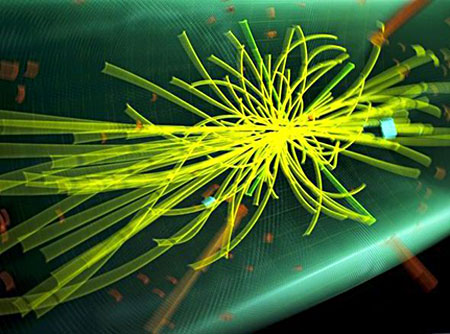 The Higgs boson, which was first theorized by scientists during the 1960s, is amongst these 17 fundamental particles. In summer 2012, scientists at CERN observed what is now believed to be the elusive “God particle”.

But the Standard Model is as-yet unable to explain a number of baffling properties of the universe – including the fact that the universe is expanding at an ever-increasing speed.

Dark Matter is believed to be a web-like matter that binds visible matter together.
If it exists, it would explain why galaxies spin at the speed they do – something which remains unexplained based only on what we can currently observe.
The Standard Model does not yet hold an explanation for the force of gravity.
The as-yet unproven existence of Dark Matter could be explained by a virtual universe.

But not everybody is convinced about The Matrix explanation.
Professor Peter Millican, who teaches philosophy and computer science at Oxford University, thinks the virtual reality explanation is flawed. 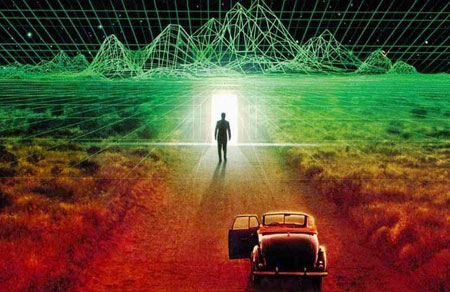 “The theory seems to be based on the assumption that ‘superminds’ would do things in much the same way as we would do them,” he said. “If they think this world is a simulation, then why do they think the superminds – who are outside the simulation – would be constrained by the same sorts of thoughts and methods that we are?

They assume that the ultimate structure of a real world can’t be grid like, and also that the superminds would have to implement a virtual world using grids.
We can’t conclude that a grid structure is evidence of a pretend reality just because our ways of implementing a pretend reality involve a grid.”

Professor Millican does believe there is worth in investigating the idea. “It is an interesting idea, and it’s healthy to have some crazy ideas”, he told The Telegraph.
“You don’t want to censor ideas according to whether they seem sensible or not because sometimes important new advances will seem crazy to start with.
You never know when good ideas may come from thinking outside the box.
This Matrix thought-experiment is actually a bit like some ideas of Descartes and Berkeley, hundreds of years ago.
Even if there turns out to be nothing in it, the fact that you have got into the habit of thinking crazy things could mean that at some point you are going to think of something that initially may seem rather way out, but turns out not to be crazy at all.”