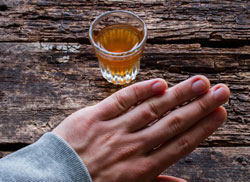 Of all the culturally conditioned behaviors we’ve mindlessly adopted, alcoholism is one of the most curious. We know it is highly detrimental to personal health and that it directly contributes to myriad societal problems including violence and drunk driving. We also know that the alcohol industry is exceptionally lucrative while at the same time the police state uses this addiction to extend their authority.

Some argue that alcoholism is a spiritual disease, and that the consumption of “spirits” is a means of giving the self up to our inner demons. Dr. Gabor Maté sees alcoholism as a means of covering up personal trauma and emotional pain, yet even without getting too deep into this it’s easy to see that abstaining from booze has some pretty amazing benefits for those seeking better health and greater awareness in life.

But what do dedicated social drinkers and outright alcoholics see when they give up “spirits”, as they are called, and what can the observations from newly sober people tell us about the sicknesses running rampant in our society?

Here is a list of the many common things people realize when they quit drinking alcohol, as compiled from a number of personal stories found online:

1. The first major thing people see is a dramatic improvement in overall physical health. This commonly includes significant weight loss, improved digestion, greater energy and less fatigue, clearer skin, and they no wake up with even mild hangovers, headaches or nausea.

3. Sleep dramatically improves. They find it much easier to fall asleep, they sleep much better throughout the night, and they feel much more rested upon waking.

4. They commonly see big changes in their attitude towards other people, noticing that it tends to be easier to see things from the perspective of others as they feel less self-absorbed. They find it much easier to be empathetic towards others. 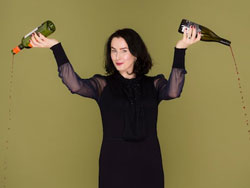 6. They save a great deal of time as they get their evenings, night-time, and mornings back. They frequently embark in new endeavors or try new activities which were impossible to do with an alcoholic lifestyle.

7. They realize that they don’t actually need to drink to have fun and enjoy themselves at parties and social gatherings, thus exposing the great cultural lie that alcohol equals a good time. For many, they discover that alcohol actually strains social relationships rather than strengthening them.

8. They begin to see themselves for who they really are, no longer using alcohol as a mask behind which to hide. This can be both enlightening and startling as they are forced to accept both the good and the bad aspects of the self. They must then choose how to confront the emotional realities of their life. Something that is all but impossible with regular consumption of alcohol.

9. They realize that alcohol tends to make personal problems worse.

10. People find they have fewer regrets when living alcohol free. Not only do they not do stupid, risky and troublesome things when drunk, but they also are more available to experience more from life.

11. Quitting is both very difficult and very easy. The first stretch when they stop drinking is the most challenging, as the cravings for booze must be reckoned with, yet once they’ve experienced sobriety, they find it is much easier than they had imagined to stay sober, even when hanging out with drunk people.

12. For some reason it really makes drinkers uncomfortable to be around someone who is abstaining. They realize that people who drink are incredibly judgmental towards non-drinkers, and will try anything to get a sober person to join the party with a drink. They will even make fun of you or put you down.

13. They notice that many people are just jerks when they drink. This is not always easy to see when partaking in booze with everyone else, but with the clarity of sobriety, many find that the quick-witted social rock stars appear that seem so impressive at the bar are just really attention seeking jerks.

14. They realize that booze fueled conversations are actually boring, ego-driven and quite superficial, as well as highly prone to aggressiveness, bickering, fighting and ill sentiments. 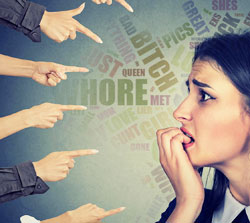 5. They realize that people can be just as toxic as substances, and that many relationships are not able to survive without the crutch of booze. They tend to learn a great deal about who their true friends really are.

16. They begin to understand that alcoholism is in large part an environmental disorder, meaning that it is just as easy to not drink once a reasoned change has been made to their environment, who they spend time with, who they work with, and what they do in their free time.

17. Alcohol is the least fulfilling and least interesting buzz available, when compared to many other mind-altering and mind-expanding substances people take to alter consciousness.

19. They find that not drinking allows them to experience a greater level of spiritual awareness and consciousness in their everyday lives.

20. They find that a return to drinking alcohol is often immediately gratifying with one or two drinks, but that shortly after consuming even a small amount of alcohol they feel terrible, lethargic, spaced out, dizzy and off.

Not drinking alcohol can give you a serious edge in a society where most everyone else is boozing it up on a regular basis. The zeitgeist of alcohol is that it makes life more fun, but the reality is that it is a massive industry pushed onto the public which has created a culture of self-destructive behavior.

Changing your personal habits to improve your health, mental clarity and spiritual awareness is challenging, but doing so is perhaps the single most critical facet of personal development. Many people find that abstaining from booze makes this process much easier.

Vladimir Putin: «I Will Tell The World About Nibiru»

Our Universe May Be a Matrix-Like Computer Game Designed By Aliens, Says NASA Scientist