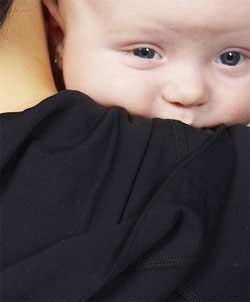 Shaken baby syndrome is often cited as the cause of infant death, but what if many of these parents aren’t really killing their children? Much like sudden infant death syndrome (SIDS), shaken baby syndrome (SBS) often follows vaccination. The difference is that parents are not generally imprisoned over SIDS, while parents of SBS children typically are. Hundreds of parents will be brought to court over SBS this year, but are all of them truly guilty?

As Natural News writer Jonathan Benson has previously noted, it is assumed that children who’ve suffered SBS display certain symptoms. Brain swelling, bleeding from the blood-brain barrier and bleeding at the back of the eyes are all supposed symptoms of SBS, but Benson points out that recent research has suggested that“most humans aren’t capable of shaking an infant hard enough to produce the symptoms commonly associated with SBS ”.

Up to two-thirds of all SBS cases that are prosecuted each year feature infants who display no outward signs of SBS or other physical abuse, according to a report published by The Washington Post. One would think that a lack of any of the typical signs of SBS would indicate that perhaps something else is causing all of these infant deaths. However, seeking out this truth would be very inconvenient for vaccine enthusiasts.

Vaccines are actually one of the few things that can mimic some of the same symptoms as SBS. In fact, in many alleged cases of SBS where there were no signs of abuse, the victim had recently been vaccinated. Naturally, this tidbit is ignored by the majority, despite its relevance. Fortunately, Dr. F. Edward Yazbak began to notice similarities between several cases of SBS, and chose to investigate further: “Three vaccines in particular – a five-in-one combination vaccine, an HIB conjugate vaccine, and a heptavalent pediatric pneumococcal vaccine – were linked to the condition due to their antigen combinations.” 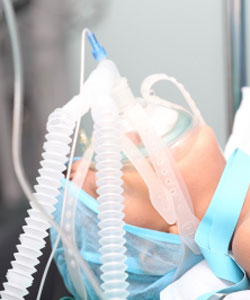 Previous studies have also indicated that vaccines may be the true source of what appears to be SBS. Even back in 1998, a paper authored by Dr. Viera Scheibner discussed the problem of vaccine-related deaths leading to parents being accused of SBS. Dr. Scheibner discussed how wrongly-accused parents sought her out for expert analysis so that they could expose the real causes of their children’s deaths. She wrote: “A close study of the history of these cases revealed something distinctly sinister: in every single case, the symptoms appeared shortly after the baby’s vaccinations.”

Since that time, many others have come to suspect that SBS and SIDS are not what they appear to be. While SBS is blamed on often-innocent parents, SIDS is considered to have no real cause at all. However, it is growing increasingly clear that is simply not the case, for either condition.

Sudden infant death syndrome, or SIDS, also commonly occurs after vaccination. According to Vaccine Awareness Network, the peak age for SIDS occurrence is between 2 and 4 months of age, the ages at which many children begin receiving their first vaccines. One child, a baby named Matthew, died the day after being vaccinated for DTaP, IPV, Hib, PCV, Hep B and Hep A via three different shots, administered at the same time. Despite this clearly negligent disregard for the child’s safety, his death was still simply considered a case of SIDS. What kind of doctor injects an infant with three different multi-strain vaccines? The kind that doesn’t care about the actual well-being of the patients.

Vaccines are often touted as being one of the great marvels of modern medicine, but nothing could be further from the truth.

Corporate/Banker Sponsored Pseudo Science and the Hijacking of Humanity