Corporate/Banker Sponsored Pseudo Science and the Hijacking of Humanity

Nothing in the world is at it seems. The world of science is no exception. Some of the most hallowed theories/tenets held dogmatically in science by those high priests in the church of scientism with their somewhat challengeable nebulous ideas have been unjustly taken and put into the limelight of recognition through corporate/banker sponsorship.

This flawed scientific disinformation has been deliberately promoted into mainstream science for control and financial gain: the powers that be and their business monopolies continue to flourish with pseudo-science that should have been long-gone from the limelight by now and dismissed as false.

Much natural-based true alternative science and its pioneers have been prevented from gaining the recognition they deserve through suppression from the powers that be so that the status quo still remains: their business monopolies continue unthreatened by undercutting from those alternatives…

Yes, money is stronger than truth.

If the applications of certain alternative science and technology had got the humanitarian recognition it deserved then its far greater cost-effectiveness and efficiency would have taken over and set the whole world free.

The corporate/banker sponsored hijacking of physics

A number of alternative natural-based physicists with their potential humanity transforming science and technology have been disavowed by the scientific community.

Main constructs serving as pillars of disinformation and corporate/banker sponsored dogma include the highly praised and much lauded scientists who hog the limelight, because they serve the interests of the ones holding the money, while a number of physicists wanting to transform humanity with their brilliant ideas and true physics have been left destitute in the wilderness… 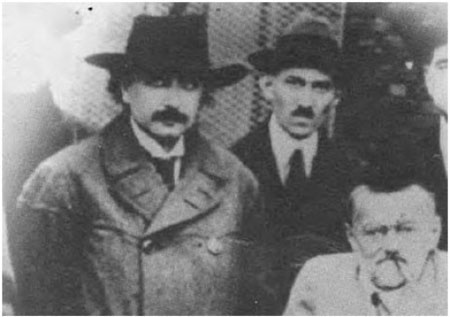 Left to right: Einstein, next is Tesla, a truly brilliant scientist/inventor, then Steinmetz, a great mathematician, who, like Tesla, in effect, had his humanitarian work erased from history.

There is a growing number of researchers with innovative ideas, who have not been supported or emboldened at all, but on the contrary, they have been boycotted in their research and looked at reluctantly by the closed circle of the so-called scientific world.

Maybe the most eloquent example in this direction is the free energy field of science. The big petroleum and electricity corporations saw their monopoly threatened by the discoveries in free energy field, so they didn’t spare anything in order to stand for their interests. The number of brilliant researchers who ended up tragically is not small.

The late great scientist and inventor Nikola Tesla (1856-1943) learned what it was like to go against the wishes of the powers that be and the scientific establishment with their suppression of alternative technology. 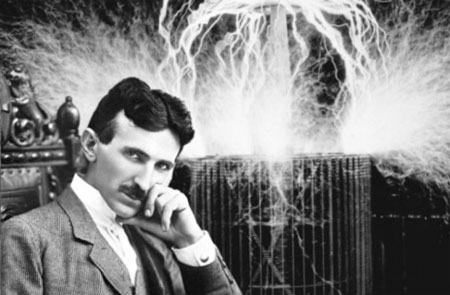 Tesla was up against the wishes of the central banking dynasties owned and controlled by energy barons JP Morgan, N.M Rothschild and JD Rockefeller. Tesla with his alternative independent free energy technology threatened to seriously undercut their conventional systems with a loss of control over the people.

Tesla’s work included supplying unlimited energy everywhere; wireless or no-batteries-needed electricity, power transmission through radio and phones lasting up to a hundred times longer than today’s standards and also an early warning earthquake detection system. Attempting to bring these technologies into view, Tesla was met with having his labs raided, destroyed, equipment seized and intellectual property either burnt or confiscated.

It’s worth noting that even today some of the intellectual property has been withheld in Tesla societies, showing the extent to which those shadowy men in black agents of suppression for the powers that be will go.

They infiltrate certain groups such like the Tesla societies to prevent its humanitarian benefit from getting out to the world at large. Or, having infiltrated, they turn these societies into disinformation set-ups.

Sure, science needs to go beyond those self-inflicted boundaries, but it needs open-minded active individuals willing to challenge the orthodoxy and expose the pseudo-science with its ties to the establishment.

Some modern-day scientists trying to bring Tesla’s work into being for the betterment of humanity have had a hard time, not only with the establishment but also with the public, calling them snake oil salesmen or even fraudsters, while others such as the likes of scientist Jim Murray have been considered at least by some as legitimate.

Whatever the situation, while we’re discerning, let’s encourage those scientists who have courageously taken the alternative view.

One such example is Mehran Tavakoli Keshe, whose brilliant discoveries promise to offer solutions for the problems that the humanity is confronting right now, as well as new perspectives for the expansion of knowledge on the universe and our development as human beings.