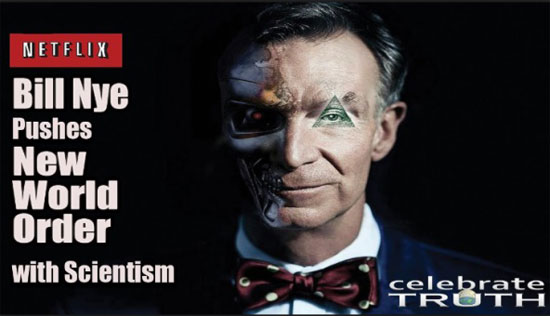 To most school students the idea of politics influencing science may seem quite absurd. After all, how could, for example, the hard sciences like physics steeped in set-in-stone scientific facts ever get influenced by politics? But the truth is science is more politicized now than ever. So the real question that should be asked is how can science not be influenced by politics? With its fact-distorting hegemonic idealist dogma, politicized pseudo-science has taken over in a big way, as it is used to control us and strip away our freedom.

The world’s ruling oligarchs controlling the money, politics and science consider themselves to be genetically superior to the rest of us and unbendingly believe they know what’s best for everyone’s future: Ignoring our objection or opinion, we’re expected to blindly follow their false pseudo-scientific principles tied in to political agendas having ulterior motives as we become more and more enslaved.

Pseudo-science for our technological control

In our increasingly tech-dependent society the globalists want to see us under complete control in a technological concentration camp. The technocrats overseeing this operate on a number of pseudo-scientific principles used to “justify” the control.

For instance, we can see why the globalists have conjured up the scientific mirage called the man-made carbon-based global warming hoax when considering the ulterior motives. Acting under the guise of “saving the world,” the implementation of carbon taxes has brought in billions of dollars in revenue. However, it not all about the money, ultimately, it’s about control. The carbon tax revenue has served as yet another source of leverage for controlling the masses: The general acceptance of climate change has allowed the globalists and their technocrats to introduce surveillance-expanding energy monitoring “smart” technology, used in conjunction with the highly deceptive Agenda 21 (Agenda 2030, aka communism 101).

An article by Bernie Suarez outlined a recent push for forced vaccinations. HR 1313 is a bill that was recently introduced in congress. The bill aims to give employers the authority to make employees submit DNA records, and also, as well as other “health preventative” measures, accept vaccinations in the name of “good healthcare.” If the employees refuse vaccination then they will lose their job…

As Bernie points out in so many words, this form of enslavement only serves to further solidify the New World Order agenda, increases the gap between the rich and poor, as our medical privacy is stripped away. Yet another case where the globalist’s and their politicized pseudo-science has undermined real science in the push for mandatory vaccinations.

Pseudo-science to strip away our food freedom

In the current paradigm our food system is under the corporatist controlling thumb, driven by highly questionable and unsustainable policies. The globalists want to own and control our food supplies. For instance, they don’t like to see small business organic farmed foods flourishing as they would rather have you consume mass-produced, toxic, chemical laden, GM food.

Pseudo-science has been used to try to discredit and stop small organic farms from selling their produce. A recent example of this was shown by an attempt to prevent the selling of organic raw milk to favour Big Dairy’s nutrient-deficient pasteurized milk in the monopoly: In conjunction with the FDA, using shady science and questionable data, the CDC alleged that because of a number of illness infections and hospitalizations through raw milk consumption, they deemed the product “unfit to consume.”

However, under closer inspection, the data was far from clear and exacting. Questionable claims like this through data manipulation, not just with raw milk but with other organic farmed produce threaten our food freedom. We the people need to take action to stop the banning of organic farmed foods such as raw milk, based on false pretences.

We’ve seen the alternative media labelled as “fake news.” Indeed, the mainstream media making such accusation is the real fake news. Well, how about a “fake science” psy-op on the populace?

In recent times, we’ve seen front men scientists, such as the likes of Richard Dawkins and Bill Nye flippantly and arrogantly unjustly ridiculing anyone having alternative scientific views, labelling their views as “fake science,” only because it doesn’t fit into a politicized agenda. How many people out there realize that these front men are the ones with the real fake science?
How many people realize that for many, many years we’ve had a number of propagandist front men scientists representing corporate-sponsored mainstream pseudo science? 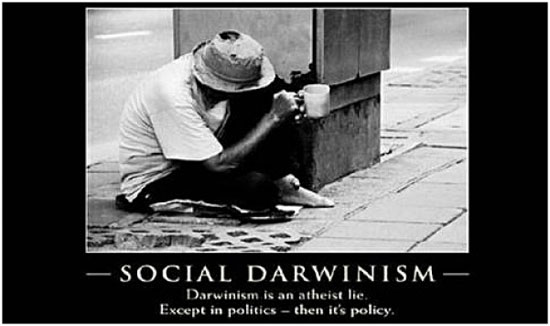 We could be demonized for our alternative science views. To maintain corporate monopolies or political controlling agendas, the globalists have implemented a number of manipulative actions designed to shut us up. For example, the American Medical Association (AMA) plans to take action on dissenting Doctors.
Should Doctors speak out about alternative medicine deemed by the AMA as “dubious” or unapproved medical practices, then they could lose their licence to practice and be labelled as “quacks.”

A number of us will know that there have been attempts to outlaw dissenting views on climate change: Political correctness, threats to withdraw funding for scientific projects, whistleblower suppression and have also reared their ugly heads to censor or demonize our dissension and opinion.

Politicized pseudo-science encompasses crooked front men scientists, crooked science institutions with their skewing, manipulation and misrepresenting of data. Then there are the crooked regulatory body insiders, tied into greed-driven corporations, crooked puppet politicians and their political agendas, ultimately designed to increase the gap between the rich and poor.

Science professionals and the general public alike, how much more are we going to take of this? How much more will our general self-expression; health, food, and political freedoms suffer before we show a significant backlash?

The idea of changing this system or to have a significant impact may seem pie-in-the-sky to some. However, with a mass awakening and the one step at a time attitude who knows what’s possible for us. Possibility over cynicism and resignation is the key.

Finally, here’s a thought-provoking video by James Corbett: The Weaponization of “Science”.

U.K. politician is finally telling the truth about terrorism