U.K. politician is finally telling the truth about terrorism 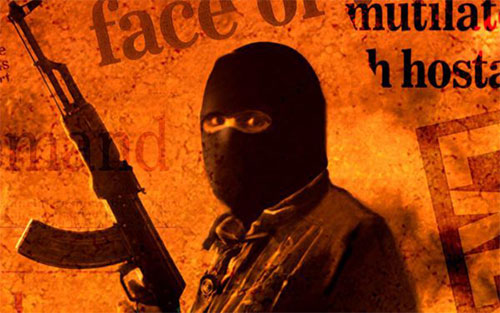 Considering decades of U.S.-U.K.-led wars of aggression in the Middle East — coupled with the arming and funding of jihadists as well as the arming and funding of the prime sponsors of these jihadist groups — has done nothing to make the world safer, it should be no surprise that a politician who advances a different anti-terrorism strategy altogether has been warmly welcomed by a disenfranchised public.

In fact, Donald Trump made it into the White House on an anti-interventionist platform, declaring that the world would have been better off had the U.S. not overthrown Libya’s Muammar Gaddafi and Iraq’s Saddam Hussein. Unfortunately for his support base, Trump abandoned this anti-interventionist sentiment upon taking office.

In the U.K., which in May suffered a devastating ISIS-inspired terrorist attack that killed over 22 people and injured dozens more, there is one politician who is prepared to turn the tide on this incessant militarism and unnecessary suffering. As the Independent explained, Labour party leader Jeremy Corbyn “has the best long-term plan for tackling terrorism on British soil.”

The Independent stated:
“Corbyn has been astute enough to realise the link between Western interventions in the Middle East and the terror threat emanating from the region. This is a link which is rarely discussed except in dismissive terms due to a form of right wing political correctness.”

“He questioned the justifications when it was unpopular to do so. He was right. He warned of the repercussions. He was right. There is no longer any debate that both of these helped provide the space, motivation and chaos for extremist groups to thrive. Isis of course would not even exist if not for the Iraq War, and Al Qaeda would have less recruits. With regard to Libya, a 2016 report by the UK House of Commons Foreign Affairs Committee stated that the intervention was based on «erroneous assumptions», not on accurate intelligence.”

In fact, Corbyn-bashing U.K. newspaper the Guardian was forced to admit last year that Corbyn “has been on the right side of history for 30 years” – calling this consistency “real leadership.”

As Corbyn himself has stated:
“I have spent my political life working for peace and human rights and to bring an end to conflict and devastating wars. That will almost always mean talking to people you profoundly disagree with. That’s what conflict resolution is all about. But do not doubt my determination to take whatever action is necessary to keep our country safe and to protect our people on our streets, in our towns and cities, at our borders.”

According to Corbyn, if he was in control of the country, money would not be cut from the emergency services, which are required to respond to these tragic events. He also stated that British armed forces would “only be deployed abroad when there is a clear need and only where there is a plan and you have the resources to do your job to secure an outcome that delivers lasting peace.”

This is not to endorse Corbyn as a politician or as a person from which to draw inspiration; for obvious reasons, it is unlikely that someone with such an extreme anti-war stance would ever be elected to a higher office, anyway.

As the whole world witnessed with the recent Trump administration, even if a candidate who spouts anti-war ideals is successful in their bid for office, there are far too many strings being pulled behind the scenes for their successful election to have any meaning when it comes to foreign policy (even then, Trump did not oppose all war).

Regardless, it doesn’t matter either way. What is at issue is not Corbyn’s bid for political office but the veracity of the statements he makes and whether or not the political establishment should take heed. Considering there are numerous reports emerging that tie the Manchester attacker to the U.S. and U.K.’s regime-change operations in Syria and Libya, Corbyn’s words could not be any closer to the truth.

The U.K. has sown the seeds for terrorism to operate in the Middle East and even facilitated terror groups’ movements from the U.K. to Libya. Capitalizing on the public’s ignorance and fear, the U.K. government then cries foul whenever this blowback literally bites them from behind, demanding more war in the Middle East as a viable response.

The Independent concluded:
“Corbyn has offered a sober, carefully considered approach to international security, free of the jingoism and political correctness that dominates this important policy area. Attacks at home show clearly that the status quo, spending millions on increasing security at home while spending billions on wars that spread insecurity overseas, is not working. Just like in economic policy, Corbyn’s non-interventionist approach may be lampooned by the mainstream media but is based on rational insights and values, and increasingly reflects the views of the population.”

It is worth noting that the Independent learned its lesson the hard way after outright endorsing former al-Qaeda leader Osama bin Laden in 1993 as a mere freedom fighter and “warrior” — an admission that constitutes more than what the establishment and its adherents are willing to acknowledge.